In his second year as the culinary director of the Pacha Group, Pau Barba has set out to take Ibiza’s cherries to the highest level. With six restaurants in Ibiza and Formentera, the Pacha Group is centred on highly defined culinary concepts and the brand’s global expansion. Now more than ever, Pacha is much more than just music and parties.

Pau Barba is the conductor of an enormous orchestra made up of top chefs. As the group’s culinary director, the first thing that stands out is ‘the excellent atmosphere and mutual respect between all of the brand’s chefs’. Greece, London, Las Vegas, Miami and more. Barba is responsible for defining the culinary concepts and building from zero the teams at every new Pacha establishment that is opened anywhere in the world. ‘In the case of existing restaurants, my mission is to work with staff members to continuously work towards higher culinary levels. All of the chefs are first-rate professionals, so my job is to give them a hand and provide support’, he explains. 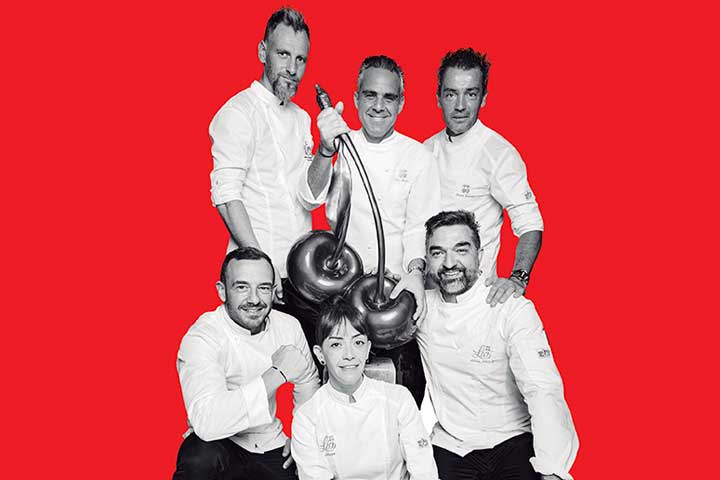 Pau Barba notes that these past two seasons, defined by the pandemic, ‘have helped expand Pacha’s culinary concept’. People travelled to Ibiza with the same desire to go out at night as always, but since that option was not available, they redirected their energy to feasting on food. This has changed roles significantly in general, particularly at Pacha’. As the group’s culinary director, Pau Barba has decided to ‘get rid of that label that associates the Pacha brand solely with the party scene. ‘I think Pacha is earning a reputation as a place to eat well’, he underscores.

Aside from serving up a truly unique show, the most in-demand experience along the Mediterranean is focused on consistently taking its food to the next level. With Adrián Marín (Castellón, Spain) running the kitchen for the third consecutive year, Lío Ibiza has designed a culinary concept with traditional roots and an abundance of sautés and stocks. ‘The challenge Lío faces is having to serve 900 dishes in one hour and fifty minutes. It’s absolutely crazy. This is the equivalent of preparing two à la carte wedding banquets. The menu has 35 dishes, plus the daily specials... We make paella, pasta, grilled and raw creations, tempuras and more. We’re thrilled to have overcome this challenge and offer top quality’, explains Pau Barba. 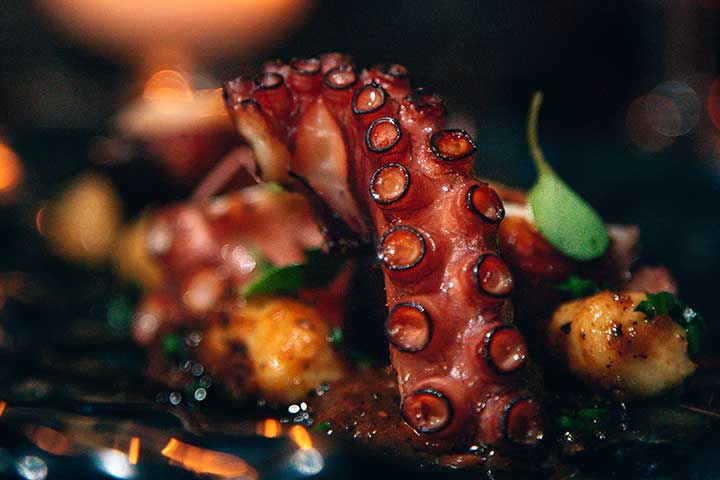 Pacha Nightclub: much more than a party

Now that the past two years defined by the pandemic are behind us, the chef explains that the biggest leap has taken place in the culinary concept at Pacha nightclub. Up until recently, the restaurant at Ibiza's most iconic nightclub was famous for its first-rate sushi. ‘We noticed that restaurants in the region were focusing their efforts on sushi and raw fish, so we decided to make a radical change’, he reveals. ‘We have gone from making sushi to only offering two dishes of raw fish. The new concept at this restaurant led by chef Daniel Solar is more focused on Mediterranean food: from Turkey to Morocco, stopping in France, southern Spain, the Balearic Islands and Italy. The dishes are made to be shared. Pacha is ultimately a nightclub and people come to have a good time, which is why we have created a kitchen where things happen. We’re going to stir things up!’ exclaims Pau.

We noticed that restaurants in the region were focusing their efforts on sushi, so we decided to make a radical change at Pacha restaurant

Destino Pacha Ibiza offers a wide array of culinary experiences: from its popular assisted buffet to the delicious food menu by the pool, and the exquisite menu at D-Lounge restaurant, which offers unforgettable starlit nights by the sea, overlooking Dalt Vila. All the menus at Destino Ibiza have been meticulously created by chef Daniel Barrabés and feature the island’s best products. ‘The best thing about Destino is the consistency we have achieved with the chef, who has been here for many years. He is the most familiar with this place and is a great manager. Destino has always offered excellent quality and will continue to do so’, confirms Barba. 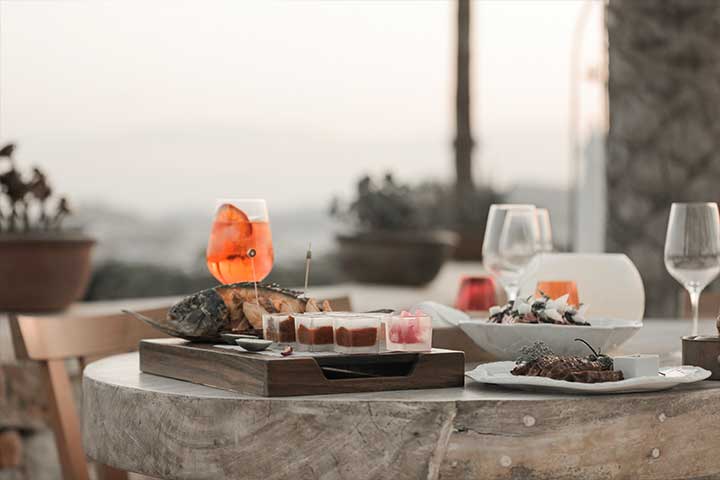 After being fully renovated, Hotel Pacha has completely revamped its dining alternatives. As a result, this urban-style hotel located along the best stretch of Ibiza will this year house an authentic French boulangerie, a type of artisan bakery that will sell an irresistible assortment of bread and pastries. Additionally, there will also be daily specials. Everything has been ‘designed for people who travel a lot and expect to find simple yet delicious dishes, just like the types of things they would crave at home’.

Last season, the Pacha Group landed on the smallest of the Balearic Islands when it opened Casa Pacha, a cosy hotel that is home to the group’s first beach hotel by the magical dunes at Migjorn beach. Like the group’s other establishments, food plays a major role at Casa Pacha. The chiringuito beach restaurant, led by chef Carlos Herrero, is an idyllic setting by the Mediterranean, perfect for a relaxing meal with your feet almost touching the sand.

‘Last year’s grand opening of Casa Pacha was amazing. We have created a beach restaurant concept—as opposed to a beach club—that is exciting, fun and reasonably priced. This casual restaurant serves food that is easy to understand, without complications, and caters to people who want to relax whilst having a good time. The best thing about the Pacha Group is that we have free rein when it comes to the ingredients. We can choose whatever we want, without cutting corners, and we truly find the best products’, explains Pau Barba. 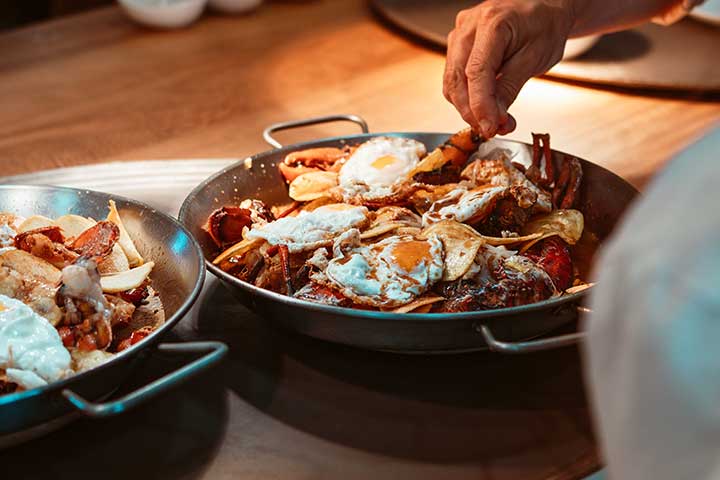