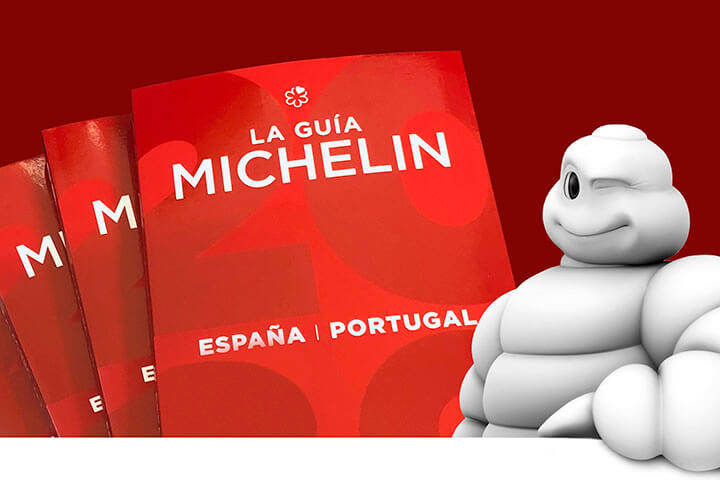 Over the last nine years, Madrid, San Sebastian, Barcelona, Bilbao, Marbella, Santiago, Gerona, Tenerife and Lisbon have all had the honour of hosting the prestigious Michelin Guide Spain And Portugal gala. This year, for the first time in history, that gala was held in Sevilla, in recognition of the amazing gastronomic and tourist development Portugal has seen out in recent years.

José Vallés, Director of MICHELIN Guide Spain & Portugal, has referred to the new one-star establishments, saying: “This edition, with 23 one-star novelties, we have witnessed the consolidation of Andalusia (Dama Juana, of chef Juan Aceituno, in Jaén; or Mantua, of chef Israel Ramos, in Jerez de la Frontera) and Valencian Community (La Salita, of chef Begoña Rodrigo, in Valencia; and Tula, of chef Borja Susillo, in Xabia) as gastronomic reference points with their own personality. In the other hand, we have also seen an increase of haute cuisine in the islands, areas with a high touristic relevance, committed to a quality gastronomy as a distinguishing factor to appeal visitors. With this approach, it’s possible to find new one-star establishments in Balearic Islands (Voro, in Canyamel, Majorca, where chef Alvaro Salazar executes a reference-free cookery; and Es Tragón, in Sant Antoni de Portmany, Ibiza, a surprising place with the casual touch of chef Alvaro Sanz). Also in Canary Islands (La Aquarela, in Arguineguín, with chef Germán Ortega; and Los Guayres, in Mogán, in the hands of chef Alexis Alvarez, both restaurants being in Gran Ganaria)”. He also added: “As for the big cities, they record a frenzied activity and keep on bringing interesting restaurants to our selection. That’s why we add singular establishments to the MICHELIN parnassus in Barcelona (Aürt, of chef Artur Martínez, in the lobby of Hotel Hilton Diagonal Mar Barcelona; or the surprising Cinc Sentits, of chef Jordi Artal), and in Madrid (the exclusive Japanese concept which chef David Arauz deploys in 99 KÖ sushi bar; and the creative Canarian cuisine of chef Safe Cruz in Gofio by Cícero Canary)”

This year has been a tough one for judges. As occurs every year, the preparation of their reports has to be very precise: judges make an average of 120 reports for each restaurant using the Michelin guide as their manual and must anonymously visit those restaurants to taste their cuisine an average of 250 times a year. Each judge must rate the balance between quality and price, selection of raw ingredients, mastery of techniques, cooking points, creativity, room service and consistency of the dishes, among other aspects. A decision is made to award the prestigious Michelin star once the reports have been completed and compared. 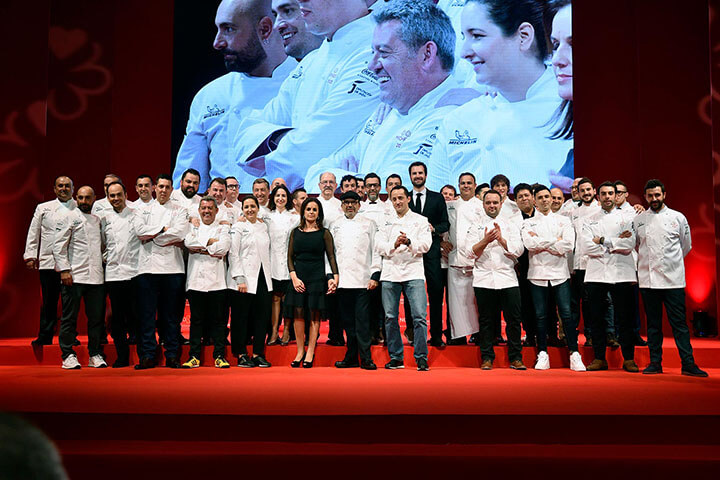 Below we show you a complete full list of Michelin Starred Restaurants in Spain and Portugal for 2019 and, of course, we congratulate all the chefs and restaurants that have achieved the great distinction. 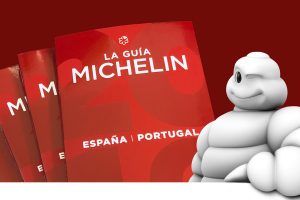 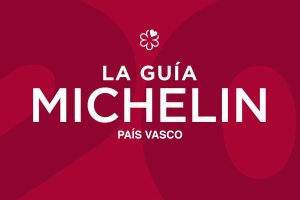 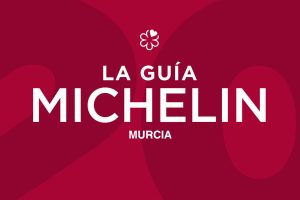 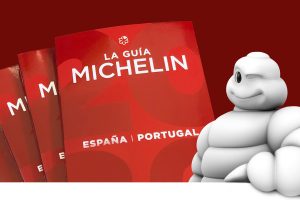