Chef Alexandre Silva. Fire that burns and can be see 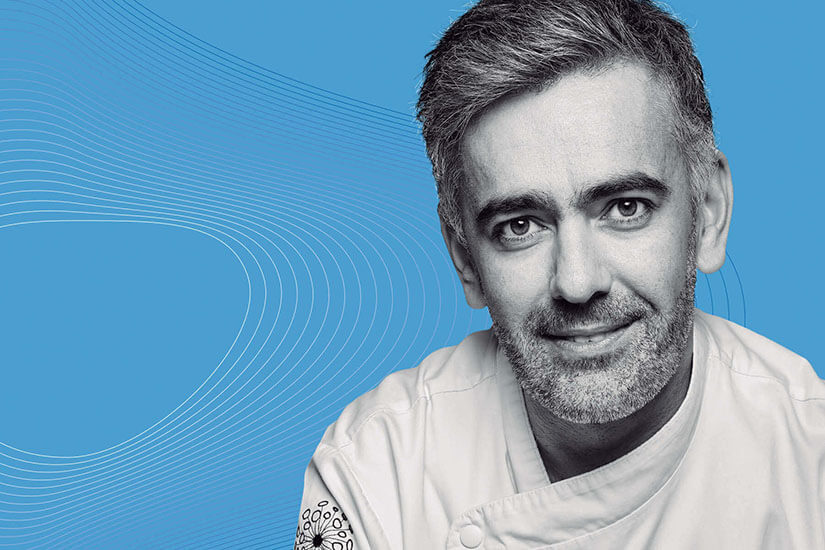 Described as one of the most creative and innovative chefs in national cuisine, Alexandre Silva has been adding points to gastronomic creativity. More than Portuguese tradition, he serves his customers the identity of his cuisine. And it’s not a coincidence that he won the first national Top Chef competition and was also awarded six stars in the Time Out review.

For many years, he wanted to be a sax player. As in Portugal it’s hard to build a future in Arts, he chose cooking, “and it was in my first internship that I understood I could do this for the rest of my life”, the chef mentions.

He says currently he can understand why he likes so much what he does, he has roots in the countryside. “That alliance was important, I’m from a village 60km from Lisbon and my grandfather was a winegrower, and it was with him that I discovered what I would like to be”.

It was in the Bocca project, where he was from 2007 to 2012, that he started showing his talent and original and innovative ideas for the gastronomic landscape of that time. He opened the Loco restaurant in 2016 and eight months later he won his first Michelin Star. Loco comes from Latin “in loco”, despite being associated to the Spanish word which means “crazy”. But there it is also possible to find some craziness because, according to the chef, “everything happens where you are, in loco, any customer can understand all that is happening around him/her”. The space is described with seven tables, where one can’t clearly understand who belongs to the service team or to the kitchen team, and things happen very fast. It’s like being at the theatre where the show of food happens.

A restaurant like Loco, must have an exhibition, something that makes you want to come back

Described as a sensitive person, the chef stresses that such sensitivity comes from the music, “arts always demand something from you, and what I am and have today is due to that”, he states. In the musical notes that touch creativity, Alexandre took a risk with differentiation to play differently from others. 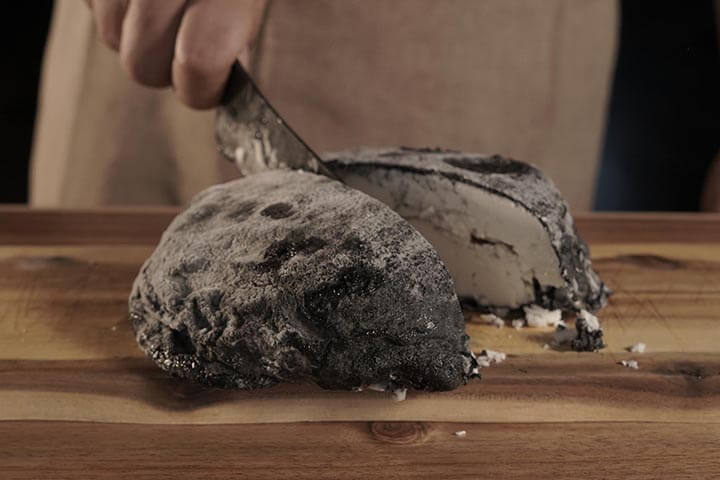 In Loco, when there’s a dish that people start liking a lot, the chef takes it out of the menu. It sounds strange, but there’s a logic to it: “I don’t want to be tied to a specific dish, I get very tired with the menus, we currently have only one menu”. With only one menu, Alexandre Silva knows there’s no risk of food going to waste, and zero waste is a concept he defends from the very beginning: “it makes every sense to me, I never believed in massifying things”, he stresses. And in a small restaurant like this, where only 13 people work, he can measure waste exactly.

It’s most certainly Portuguese kitchen! At Loco, products are fresh, national, and are combined with techniques from all over the world.

When you taste, with your eyes closed, you must feel that effect that takes you somewhere you don’t even know exactly where, but which feels familiar

For this chef, the DNA is a fundamental ingredient for culinary quality. But how can we convey identity on a dish? Alexandre answers: “I have Asian influences in my cuisine, for example, the menu works with the trips I took and when you try it there’s a DNA”. For a successful cuisine, the Loco waive on consistency, which means the dish must always be the same, but when the customer goes there-<, he/she must feel the change, it’s a consistency complicated to work with, “you must do well many times, but do different many times as well”, the chef explains.

Fogo (fire) is a project under thought for five years, and part of the chef’s will to do better again. Alexandre justifies: “I have lived with fire cooking almost all my life and never thought about it, so I decided to open this restaurant to convey the message that we may have DNA in our kitchen and don’t have to feel ashamed”. From grilled fish to “chanfana”, everything has to do with firewood. From that point of view, fire is what identifies us as Portuguese people.

National blood in the kitchen, that’s what we’ll be able to feel at Fogo. A space that, in terms of aesthetics, takes us to a scenario where the fire passed through and the forest is rising from the ashes, “it’s all black, you see fire and you see life”, as Alexandre describes. Entitled to music and to a bar with signature drinks, it’s a place that invites you to have fun. It has Portuguese food and it is relaxed. That restaurant will mirror what the chef himself enjoys, made to his image: “for me it’s perfect, I could have lunch and dinner there every day and I wouldn’t get tired”, he admits. The kitchen will have four meters of open fire and over 100 kilos of pots, and the dining room will accommodate around 70 people. Fogo’s menu will include Portuguese stew, “chanfana”, lamb, suckling pig, oven-roasted fish and even seafood. The idea is also to use all parts of the animal, and not just the ones customers are used to eating.

Alexandre says he can only see life with truth. Music is no longer present in his free time, he stopped playing, but still admires it: “I offered my sax to my brother and nowadays he is a sax player because I never let him quit, our arts are very difficult in Portugal so we need someone to encourage us”, the chef says proudly. Regarding his more personal side, he admitted to us he always had a dream: to be a war photographer. Why? Because he loves photography and thinks people are entitled to know what is happening in the world. With the sensitivity that characterises him so well, Alexandre feels a picture may say more than 1000 words. “I haven’t lost hope yet”, the chef concludes. 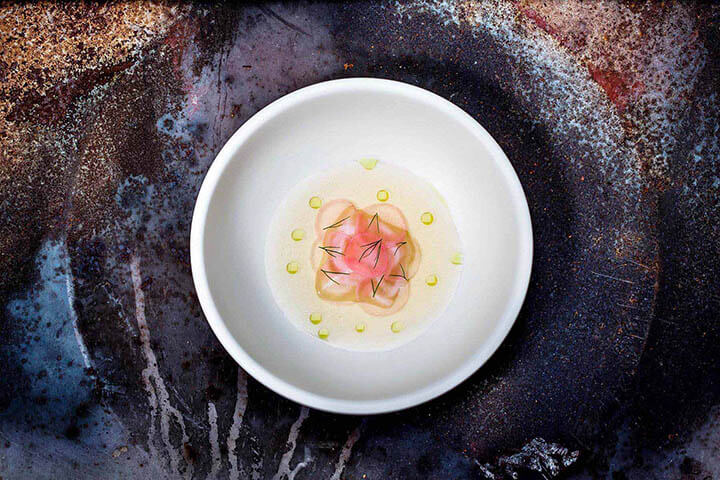