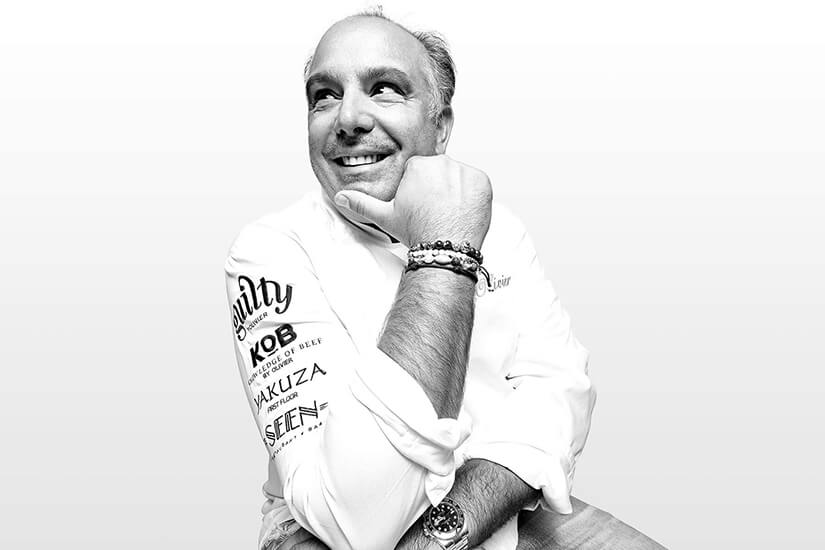 During his career spanning more than two decades, he has opened 23 restaurants and states that none of them has ever been in the red. Ambitious, hard-working and a visionary, Olivier Da Costa, alma mater of the ‘Olivier Group’, is today one of the most well-known faces of Portuguese cuisine, inside and outside Portuguese borders. His particular way of understanding cuisine—and the business world—has helped him transform Lisbon’s culinary scene.

Olivier da Costa was born on 15 September 1975 in Lisbon. Gastronomy runs through his veins: his father is television star chef Michel who, as his son says, “was one of the first Portuguese ‘star chefs’.” Da Costa admits that his father opened many doors for him, but points out that: “If what I did wasn’t liked by people, I wouldn’t be successful.” He studied at the Escola Superior de Hotelaria e Turismo de Estoril and completed his studies with an internship at the Ritz Four Seasons hotel in New York.

He started selling T-shirts at 14, and his ambitious zeal drove him to never look back, continuously inventing new entrepreneurial exploits. After the T-shirts, he began importing foie gras from France to sell to his father’s chef friends, later supplying hotels and restaurants with the product. Then came the Christmas hampers. “In 2009/2010 I assembled 11,000 hampers in just two months and invoiced over 2,000,000 euros. In addition to restaurants, I’ve always had other businesses, which have been the most profitable,” explains the businessman. But out of all his business, the one he feels most comfortable with is restaurants. He opened his first restaurant ‘Olimpio’ in 1996, through which he introduced the concept of chic Brazilian food in Portugal, offering delicacies such as picaña. “Picaña is the dish on which I have built my entire empire,” he explains. Immediately after opening ‘Olimpio’, he opened the first restaurant to bear his name, ‘Olivier Restaurante’, located in Barrio Alto.

His entrepreneurial nature led him to open in the same neighbourhood, Barrio Alto, a restaurant that would become one of his most well-known concepts: a tasting bar. With a unique and exclusive tasting menu, the chef gave another twist to the traditional concept of a meal consisting of only a drink, a dish and a dessert. ‘Olivier Café’, located on the Rua do Alecrim, opened a wide range of gastronomic tasting ideas that placed it firmly among the best restaurants in Lisbon.

With the evolution of tourism and the rehabilitation of the most central part of the city, the chef offered the Tivoli Lisboa hotel one of the great gastronomic references in the city to date, ‘Olivier Avenida’. In this Mediterranean-inspired restaurant, Da Costa strives to ensure that all meals have the home-made touch that he holds in such high esteem. “When I created this menu, I did not consult what was fashionable at that time. I simply wanted people who visit this restaurant to feel that they have eaten well,” he confesses. 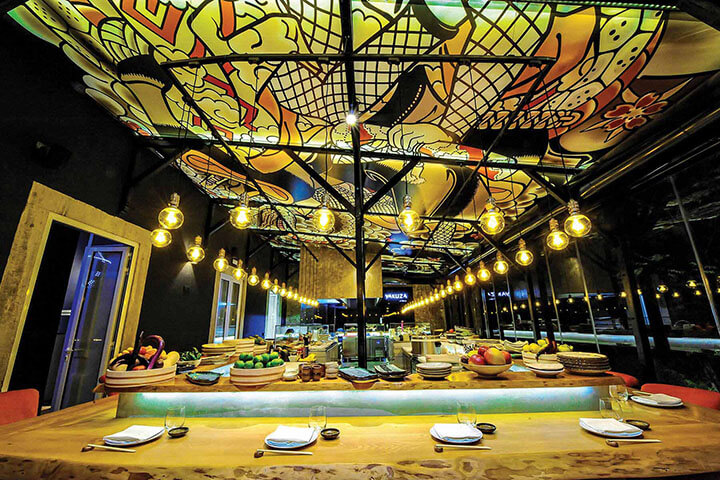 Located on the first floor of the former Real Fábrica das Sedas, the Yakuza First Floor restaurant is a space that is decorated in Asian style, inspired by the Japanese Mafia. Yakuza surprises with an exceptional culinary fusion of East and West. It represents Olivier da Costa’s constant commitment to innovation, an asset that has brought him great success in his business career.

The development of tourism in Lisbon allowed him to create two other restaurants in this central area. ‘Guilty’ is one of the most relaxed gastronomic concepts of the group. In this restaurant, where everything is XXL, diners lose their fear of eating with their hands and find new nuances in dishes such as pizzas, hamburgers and salads. For its part, ‘K.O.B.’ proposes a concept that Olivier himself calls “Casual food with a twist”. It is a sophisticated steakhouse in which the origin, the cut and the quality of the meat are the basis of the wide-ranging menu which, inevitably, also includes fish and vegetarian options.

With the opening of the ‘Petit Palais’ Olivier launched a new era in the group’s offer, introducing the concept of French cuisine together with entertainment, which exploits the events market. The chef says that, of all his restaurants, ‘Petit Palais’ is the one that demands most of his most time and the one which he is least in a hurry to make a profit from. Located in a nineteenth-century palace, this place is the “gem” of the group, proposing a completely innovative concept.

His latest challenge has been to bring to Portugal a concept that has already triumphed in São Paulo: ‘Seen’ Restaurant at the Tivoli Mofarrei hotel, which has landed on the rooftop of the Tivoli Avenida Hotel with a large central bar, a sky bar and an exclusive, VIP feel. For both his Brazilian and Portuguese versions, Olivier personally took charge of designing the gastronomic concept and the menu. This latest opening is the most recent proof that the Olivier Group is going through one of its best moments, exceeding all the established boundaries of conventional restaurant business. Olivier da Costa embodies the values ??of great entrepreneurs: perseverance, hard-work and improvement. His secrets? Working. “A friend of mine used to say that luck hangs over your head when you sit down. So, don’t sit down. Work,” says the chef.

I never wanted Michelin stars because they don’t pay money. And a restaurant is a business

He also attributes part of that success to his team: “You have to choose your team very carefully. It’s 80% of the restaurant. You can make a good hamburger, but if your team isn’t motivated you can’t sell it or make money off it.” Olivier has no doubts about other chefs and restaurateurs’ current “obsession” with guides and Michelin stars: “I never wanted Michelin stars because they don’t pay money. And a restaurant is a business.” Olivier da Costa is already part of the living history of Portuguese restaurants thanks to his revolutionary spaces, trends and concepts, and his commitment to ensuring his customers experience a unique meal when they enter any of his restaurants. 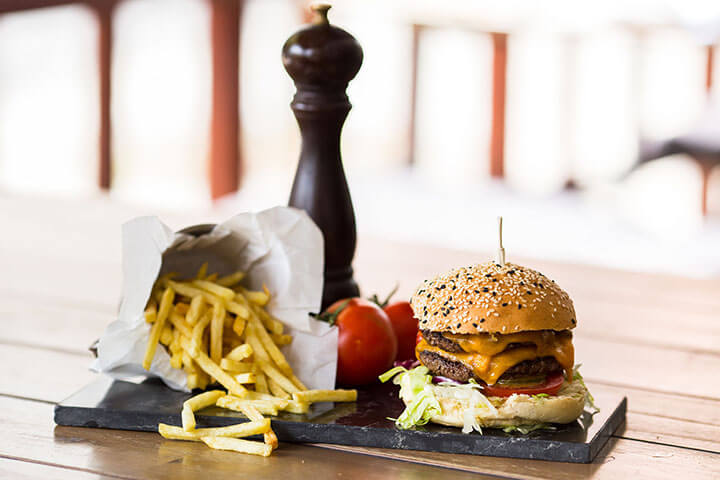