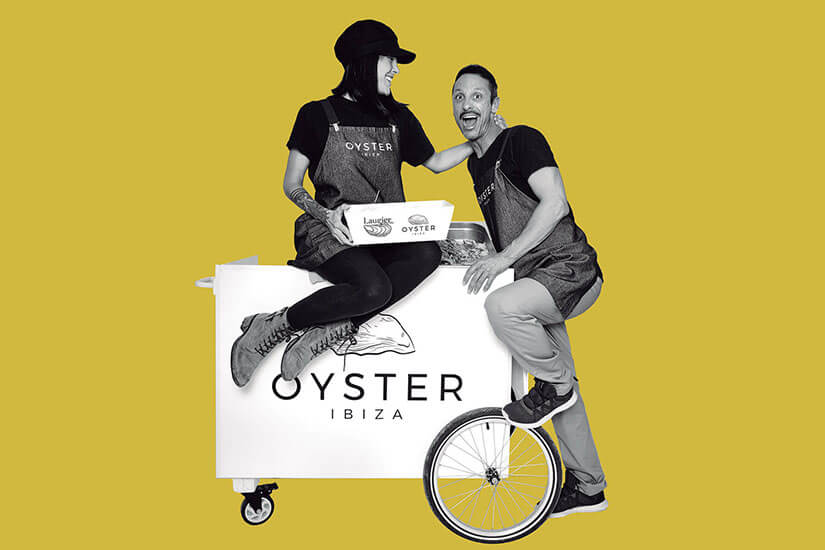 Flambéed, smoked, in tempura batter or with a ponzu sauce. These are just a few of the dishes to be found on restaurant menus nowadays which feature the oyster, a mollusc and a delicacy which is now, more than ever, “on trend”. Oyster Ibiza is the island’s first business to specialise in a take-away and home delivery service, supplying trays of oysters and all types of seafood.

The people behind this project are the Franco-Italian couple, Julie Gauzy and Massimiliano Sironi, who set up the venture in June 2018. The idea occurred to them “when we realised that there was nowhere in Ibiza where you could buy a decent tray of seafood to take home with you after a day at the beach, which is something very common in France,” explains Julie. And although they themselves admit that at the beginning of this venture they had no great expertise on the world of the oyster, they did have the support of several friends in Sète (near Montpelier), one of France’s major oyster-producing regions, who helped them to put their plan into action.

Contrary to what we think in Spain, oysters are not a luxury product. In France, it’s quite normal for anyone to take home a tray of oysters

Oysters have been consumed since Greek and Roman times. As time passed, they became one of high society’s favourite delicacies and a symbol of elegance, prestige and power. But Julie points out that, contrary to what we think in Spain, “oysters are not a luxury product,” adding that “in France, it’s quite normal for anyone to take home a tray of oysters.” And this is exactly what she and Massimiliano proposed with Oyster Ibiza. “We decided on a very competitive pricing structure in order to make a product of the highest quality accessible to everyone,” she explains. 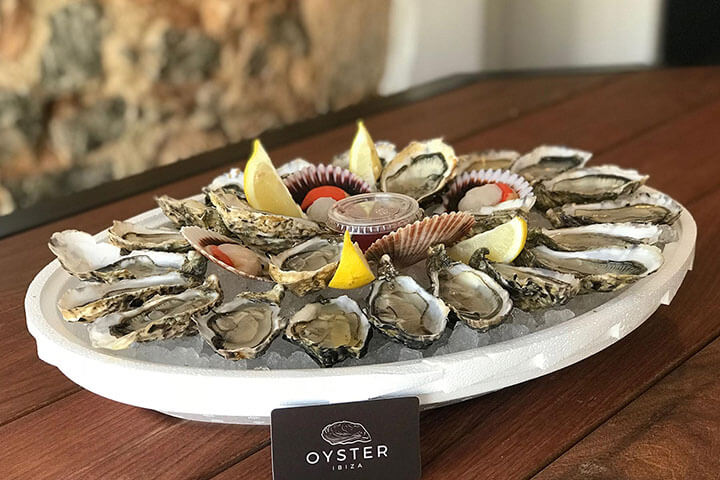 Now in its second year, Oyster Ibiza is seeking to diversify what it offers. Although they set out working exclusively with French oysters (such as the exquisite Fines de Claire nº 3, the Speciales de Claire nº 3 and nº 2, and the Vertes de Claire nº 3 varieties), this year they have also introduced a Galician variety and one of the most exclusive types currently available, which contains 22-carat culinary gold. This is unquestionably one of the current season’s star innovations. As Julie explains, “these are oysters of the very highest quality, as they have been reared for at least four years. Then, only the most succulent ones are selected to have the culinary gold added to them”.

Julie and Massimiliano’s suppliers own oyster farms in Ireland and in various parts of France, such as on Mont Saint-Michel. During the summer however as the water warms up, the oysters breed, and they can contain milk. This is why “in France, people say that oysters should be eaten when there is an ‘r’ in the month,” says Julie. In other words, between May and August is not the best time to eat French oysters, due to the high milk content. During those months, the couple works with very special oysters from colder climates, such as Ireland. This as Julie explains, “is a type of oyster which also takes three to four years to rear, and they have an undeniable quality and superb flavour”.

Despite its name, Oyster Ibiza is about so much more than just oysters. At their shop (at 43, Carretera de Sant Antoni) can be found exquisite trays of all types of seafood. Julie and Massimiliano have created packages, which bear the names of beaches and coves on Ibiza: Sa Caleta, Cala d’Hort, Las Salinas, etc. In addition, the customer can have a tray put together entirely to order, choosing between delicious varieties of seafood including prawns, crawfish, lobster, zamburiñas [small scallops caught off the coast of Galicia], king crab, barnacles, sea urchins, and other gourmet products such as caviar. And to accompany these morsels, Oyster Ibiza offers a selection of Champagnes and French wines. 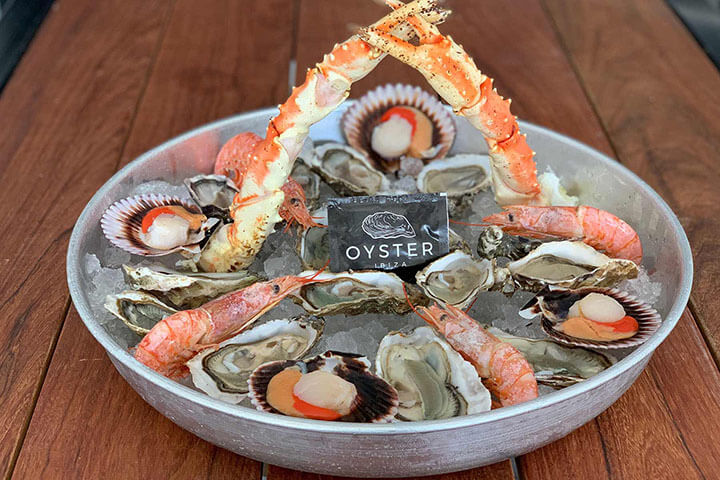 In addition, Oyster Ibiza supplies restaurants, hotels and beach clubs, with special prices for trade customers. And as if that was not enough, we can also enjoy their delicious varieties of oysters at private functions, which the couple attend with their carts (or food trucks). These are opened there and then in front of the guests, offering a true gastronomic experience. “Food trucks and street food are a growing trend right now. And in Ibiza particularly, oysters are a growing trend too. This is something we hadn’t expected in the beginning: we intended to work with seafood in general. The fact is that getting our products known at events is something we love. Events are one of the aspects of our work that we enjoy most, because they give us an opportunity to meet lots of people, and to discover how much customers like our products. It gives us a shot of energy,” says Julie.

From a nutritional point of view, oysters are a low-fat food and have no more than 66 calories per 100 grams. They are very rich in Omega 3, which benefits the cardiovascular system, and they contain minerals such as iodine, iron and zinc. Zinc, for example, helps to maintain a healthy immune system, is beneficial to the skin, and aids fertility—hence the oyster’s long-held reputation as a natural aphrodisiac. 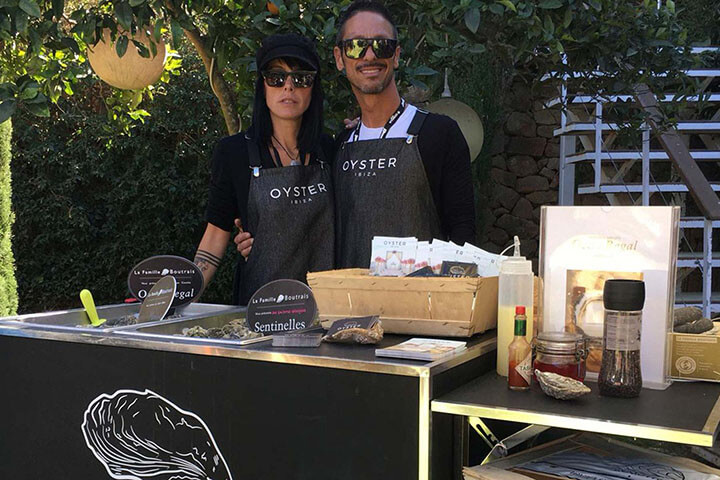