Winemaker Luís Duarte. A vineyard adapted to the best of the region 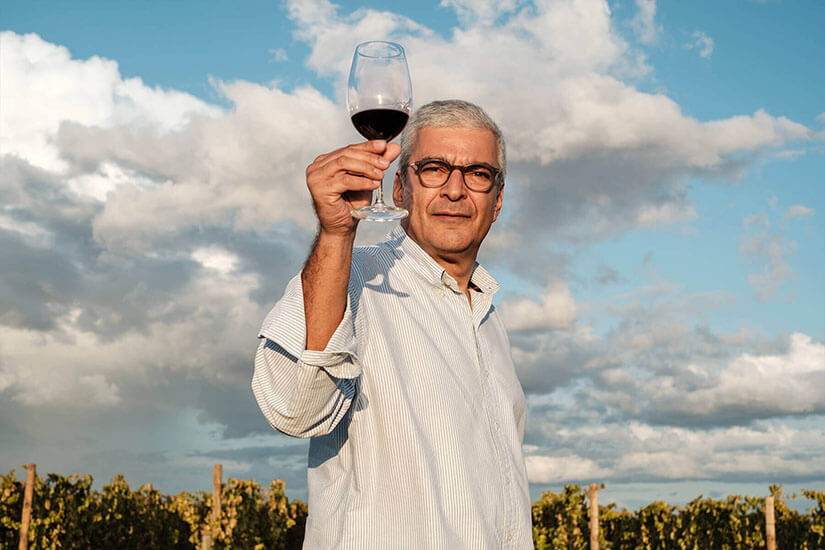 A world reference magazine in the wine sector, Wine Advocate, distinguished three wines from Herdade dos Grous and from Quinta de Valbom, under the purview of renowned winemaker Luís Duarte. This sublime distinction is the result of all the work developed, which has sought to produce high quality wines from the Alentejo region and the Douro region.

A wine that accompanies the food, which is gastronomic, elegant and that gives pleasure to drink. This is the perfect description of the wine that Luís Duarte wants. Let's go back a few years in history. Being a winemaker happened by accident. Luís never had this tradition in the family, but there is something that can justify the calling. He came from Angola with his family in 1974, lost everything they had and started new: “when I lived in Angola my family worked with very large farms, we produced potatoes, bananas… I think this fondness for the land I have today, I acquired it in Africa”, he says. The truth is that all his childhood was spent on the farm, living with local people of the land. When he returned to Portugal, at the age of 9, he continued this habit because fate made him stay in a region where there is a strong wine production. What did he do? He channelled all his interest in agriculture into viticulture and winemaking. 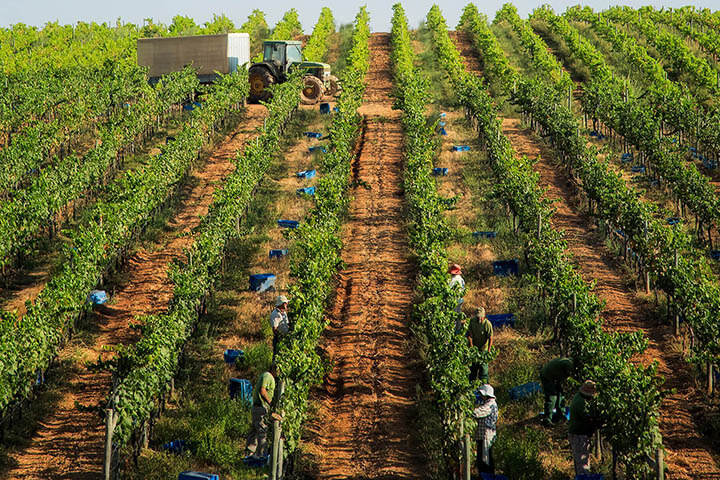 In 2002 he was invited to join the Herdade dos Grous team, started only as a consultant and, in 2004, switched to full time, starting to plant vineyards: “here I was fortunate that, from the beginning, I managed to win prizes for two consecutive years, namely the award for best wine in the Alentejo”, he highlights. Luck or dedication, this distinction strengthened the brand. But don’t be fooled to think this sector is easy. When he arrived in Baixo Alentejo, Luis Duarte came across a challenge: “being able to make wine with the profile that I aspired in a region where cereals were predominantly produced”. And he achieved it.

Herdade dos Grous currently has about 90 hectares of vineyards, and the wines are in all high-quality segments. They sell about 40% to foreign markets, among which stand out: Germany, Brazil and Switzerland. With the development of this business, the Pohl family, owner of Herdade dos Grous, considered expanding to other regions. The choice of Douro is related to the fact that it is considered a region of reference for winemakers in Portugal.

“We currently have 50 hectares in the Douro, part of that vineyard is very old, over 100 years old, and there we make extraordinary wines”

The goal of Herdade dos Grous is to expand not only in Alentejo and Douro, which are the main regions, but to go further, to make good wines in different regions. Currently in Alentejo, Herdade dos Grous works mainly with Portuguese grape varieties, “we have only one brand with our name and within this brand there are two wines - one white and one red and their reserves. We also have two special red wines that are called Moon Harvested and 23 Barricas”, says the winemaker. 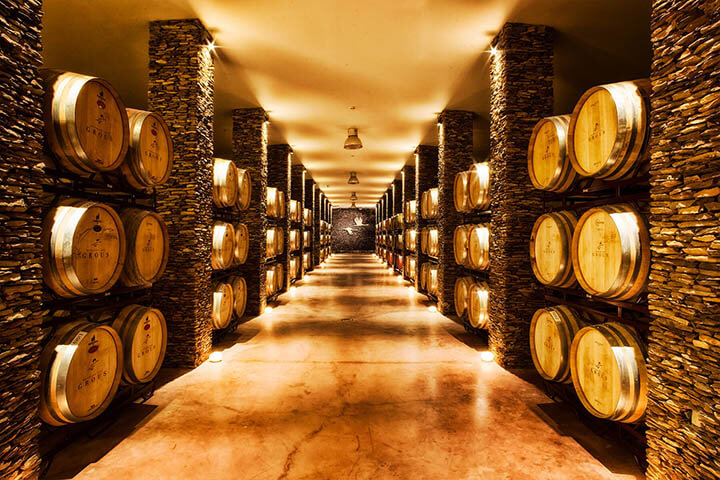 Now that we know the story, let's get to the awards. Distributed in Portugal by PrimeDrinks, Herdade dos Grous wines continue to win the preferences of the critics, which is an incentive to continue producing high quality wines. An example of this is Herdade dos Grous 23 Barricas and Moon Harvested, which became very popular among oenophiles and wine lovers because of their concept and profile.

“We want to be the best partner for every region, we want to grow and develop with it”

Luís Duarte has an ambition: to maintain a solid team of winemakers that share the same and only philosophy and that this fact can allow them to continue carrying out several projects in the regions where they already produce wines and in the regions where they will start producing wines in the future”. “I consider that winemakers are the basis of a big wine oenology project”, he stresses.

Biodiversity project
Herdade dos Grous and Quinta de Valbom are currently investing heavily in sustainability and biodiversity. Herdade dos Grous is a member of Wines of Alentejo Sustainbility Programme, which intends to implement a more efficient use of resources in the vineyard, in the wine cellar and to improve the social performance of the region. Knowing the existence of several sustainable solutions that can improve the vineyards without the use of chemicals, Luís Duarte ensures that this is the way to go. “In my opinion, sustainability and biodiversity are the best answer to these problems”, he says.

The wine sector is currently a top trend, with major markets buying national wine, such as the USA, Canada, Switzerland, Belgium, Germany, Brazil. “The international markets have finally awakened for Portuguese wines, recognising that Portugal has great wines. We must take advantage of that”, the winemaker mentions, adding that there are major players in this sector. But in order to reach the world wine champions league, more steps need to be taken. In conclusion, Luís Duarte says he hopes that one day Portugal will be worldwide recognised as a great wine’s producer country. ”I wake up every day with this purpose”, he concludes. 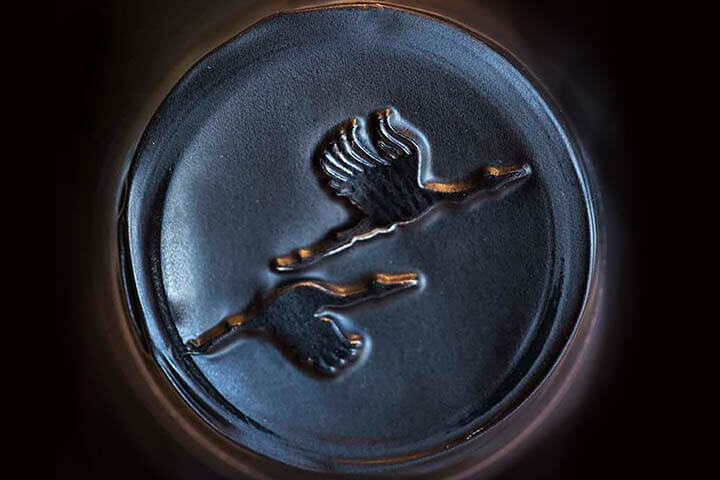