Txogitxu. Basque food in its own words 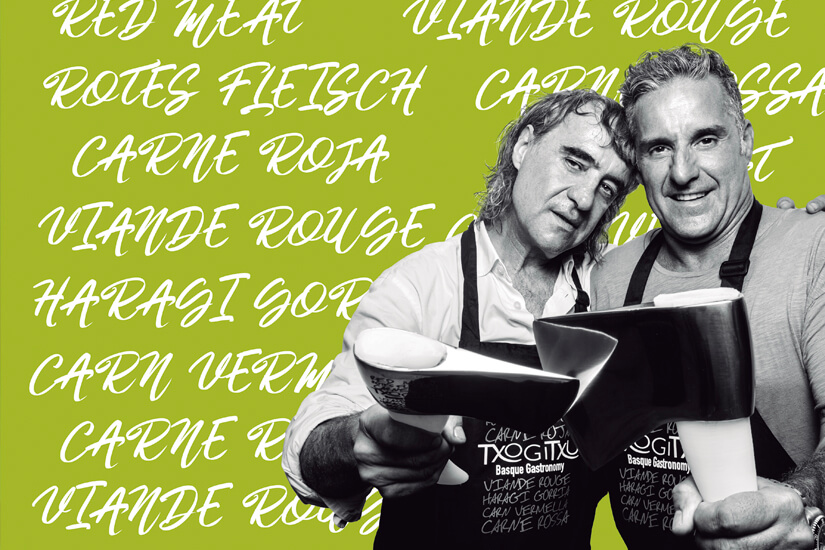 Today the Basque Country is one of the most highly regarded foodie destinations in the world. In Euskadi, cooking, sharing food and eating well is practically a religion. As well as their language and other cultural aspects, over the centuries the Basque people have known how to care for and preserve their culinary culture, keeping alive long-running traditions such as their famous pinxtos and cider bars. It’s no surprise that Donostia-San Sebastián is the city with the second most Michelin stars in the world. Products like txuletón (T-bone steak) of ‘old fat, cow’ fly the flag for Basque food to the point that Imanol Jaca, the brains behind Txogitxu, has become one of the greatest ambassadors of his land. San Sebastián-born Richard Ibáñez, director of Txogitxu in the Balearic Islands, explains the link between the meat and culture of his homeland.

The region’s traditional asadores, or grill houses, are at the heart of Basque food culture. Basque grill houses are based on flavour, quality products, knowledge of raw materials and precise cooking points; they’re temples that attract lovers of the best meats in the world, such as those found at Txogitxu. Its star product - old, fat cow - has helped Imanol Jaca become one of the greatest prophets of Basque food in the world, seducing diverse diners from across the globe, from Finland to Thailand. A butcher by birth, profession and vocation, Jaca has transformed the international meat industry. 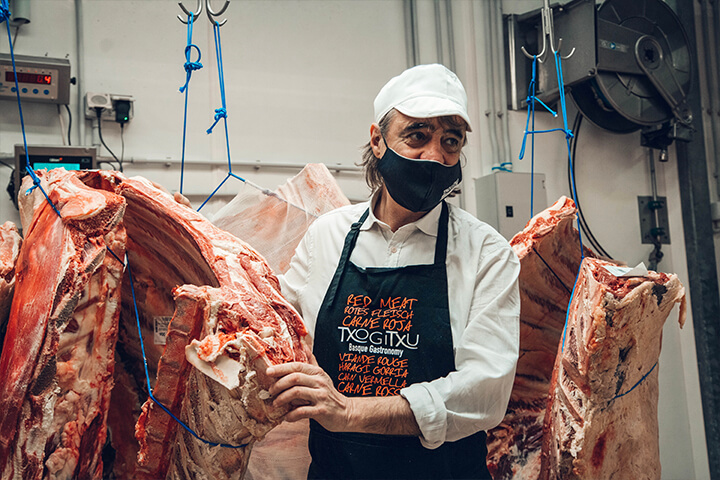 His work consists of travelling around the world in search of the best cow and oxen farmers in every corner of the continent, also advising chefs and restaurateurs on how to make the most of their raw materials. He personally selects and cuts up the cows with the same care they receive as they are raised, obtaining the best steaks for his restaurants. Every week, Jaca strokes over a thousand cows with his hands. On contact with the heat, he can tell whether their fat is melting rapidly under his hands because, if they have been fed a natural diet, their fat will have a very low melting point.

Txuletón of old, fat cow: an icon for the Basque people

Only the Basque people have the tradition of roasting and eating fat, old cows: animals between 12 and 20 years of age with unlimited fat. This practice is both sustainable and delicious. Many years ago, small Basque villages traditionally kept cows and oxen to the end of their lives and fed them grass from local pastures, salinized by the nearby sea, and also corn and vegetables from their vegetable gardens. This diet is the key to imbuing the animals’ fat with the seductive aroma of grass, milk and pies that is typical of Txogitxu’s txuletones. 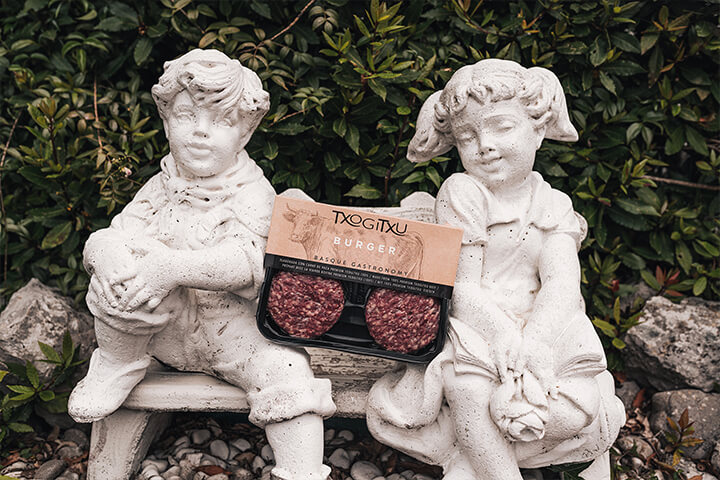 This culinary tradition that originated in the villages soon spread and was popularised by cider bars until today it is one of the foremost trademarks of Basque cooking. Long years of experience has meant extensive knowledge of how to select animals and a flawless grilling technique.

Meat from the best restaurants in the world at home

Txogitxu meticulously selects the best cows from Galicia to Central Europe, paying particular attention to the texture and smell of the meat. It selects, cuts up, packages and documents each piece for every restaurant it works with in its exclusive catalogue. And now, thanks to its online store, private customers can enjoy the flavour of meat from the world’s best restaurants at home. Basque txuletón and txuleta, entrecôte, tenderloin, selected cold cuts and other Basque culinary products are some of the delights you can receive at home with just a couple of clicks at www.txogitxu.com.