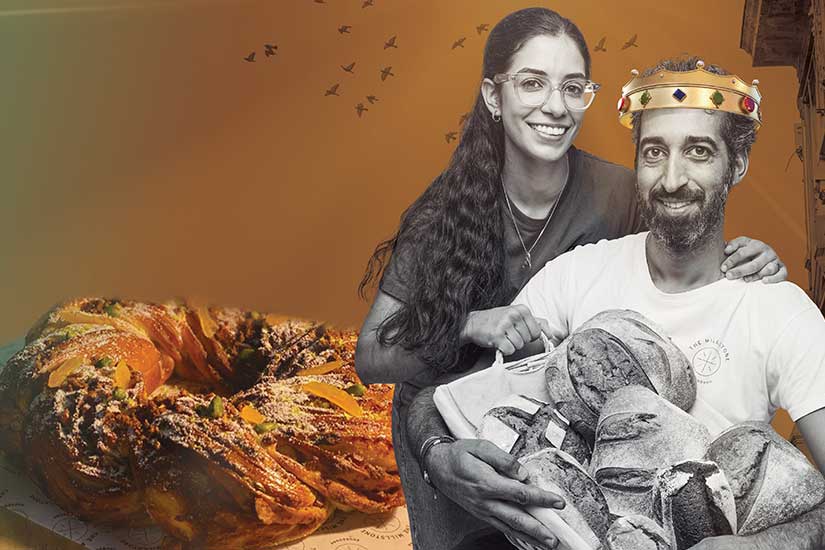 Not many people are capable of making a radical change in their lives by taking advantage of what for most would be a setback or, at least, a stumbling block. But that is exactly what David Jesús and Sandra Freitas did in 2020, when the governments of half of Europe, as well as Portugal, ordered the majority of its inhabitants to stay in their homes for months in order to contain the pandemic. The young couple, who were also colleagues at the famous Belcanto (**), the restaurant of the esteemed chef José Avillez, at which David was head chef and Sandra a chef, found themselves confined in their home overnight.

David and Sandra, like most of us, found themselves faced with an enormous amount of time on their hands that they had never had before. Many opted to read, do online courses, get fit, learn a language, or simply watch Netflix. They, however, decided to learn to make bread. But not just any bread, but rather the best bread in Lisbon, in the way in which it used to be made before large bread-making companies wiped from our memories the flavour and aroma that characterised the products of local bakeries, where selfless bakers worked all through the night so that in the morning we could enjoy such a simple but, at the same time, complex delicacy. 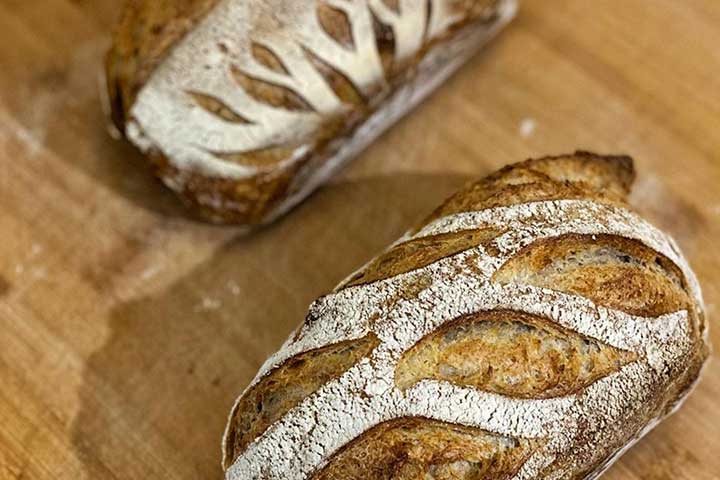 From Michelin chefs to artisan bakers

Amid laughter, as they finish off each other’s sentences, they explain the odyssey that was starting out in the bread world. Initially doing it for fun, to pass the endless hours of confinement, they soon learnt to ferment the dough, make the starter and then bake it—a work of trial and error, at home, with very limited resources. They monitored the resting time, filled their fridge with dough and when there was no room for more, went to their parents’ homes to fill theirs.

What began as a bit of fun soon began to develop as the results of their experiments improved. “Three ingredients”, says David, “just three ingredients: flour, salt and water… It seemed easy, but you don’t realise how difficult it is until you try”. Through persistence, their work began to bear fruit and, despite the fact that the bread was baked in a domestic oven, they managed to obtain bread with an exceptional texture and aroma. As a result, they thought about making the same bread for Belcanto, and when the restaurant reopened that is exactly what they did. But thanks to the samples they gave to other well-known restaurants, as well as to friends, orders began to increase and in just a few weeks they were inundated by demand, leading them to make the jump and rent a two-storey garage to get the business going. Sandra left her position at Belcanto to devote herself fully to the new venture and, with the help of friends and David, when he was not working in the restaurant, they gradually began to expand. Within a year they were already consuming four tons of flour! 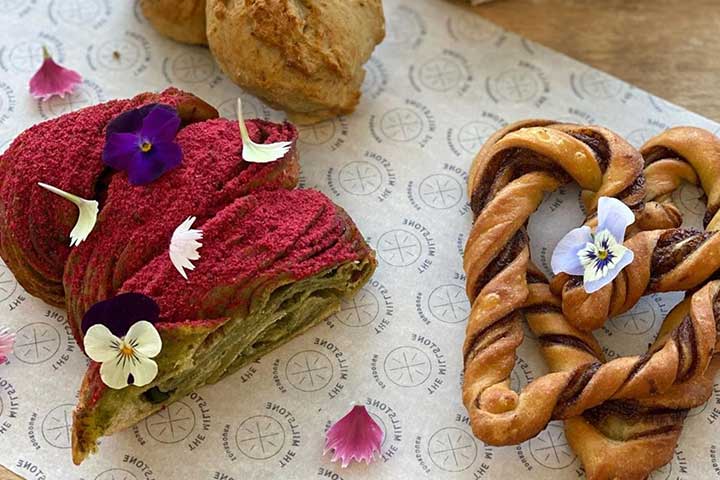 Objective: to be a leader in high-quality artisan bread

Finally and with deep regret, David had to leave his job at Belcanto, after more than a decade, to devote himself fully to their new bread project, The Millstone Sourdough. After finding premises opposite Parque das Nações, they moved, since its size allowed them to install their bakery and a shop with all their items. “We now use 30 tons of flour a month, supply over 30 restaurants and have a large number of customers who place their orders through Instagram”, says the chef proudly, claiming to be pleased with the evolution of the business in just two years.

Nevertheless, the couple’s future objectives are not insignificant. “We would like to be the number one place for bread in Portugal, not just in terms of quantity but also quality”, they note, while acknowledging that they still have a lot to learn, to research and to try, so that perhaps “in the future we could open shops in Spain, in Italy, in Denmark… And also be leaders in those countries”. 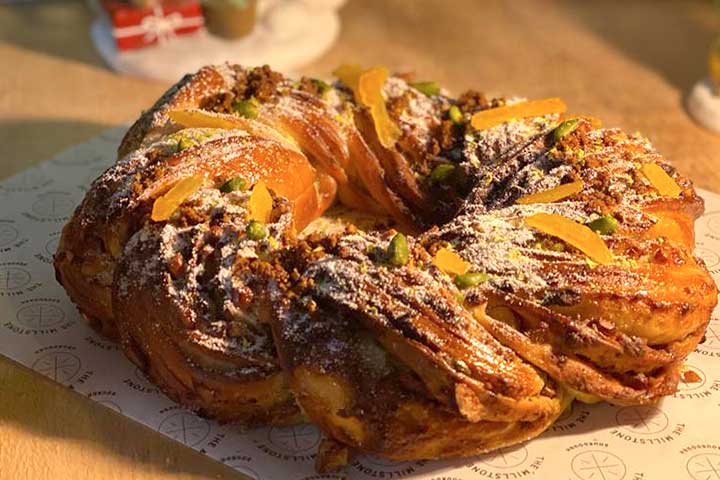 For the time being they are concentrating on expanding their catalogue, which consists of six different types of bread as well as brioche, cinnamon rolls and bagels. In the short term they wish to focus on artisan puff pastry, while acknowledging that they need to expand the business because it requires different types of machinery.

El Mago: the Christmas delicacy that will be on all Portuguese tables in a few years

Sandra and David always think big, but are also extremely demanding when it comes to their work. “If I am going to make something, it has to be the best on the market. If I am not able to achieve that, it is not worth it”, says David. And it seems that they have succeeded; last year, El Mago, their personal vision of a Christmas sweet treat, was launched. Made using a series of ingredients (pistachios, dates, raisins and bolo de mel, among others), that recall the flavours of Madeira, Sandra’s birthplace, it has already become a hit with their customers, who often ask for it to be made throughout the year, although the couple only plan to bake it from 5 December to 5 January. 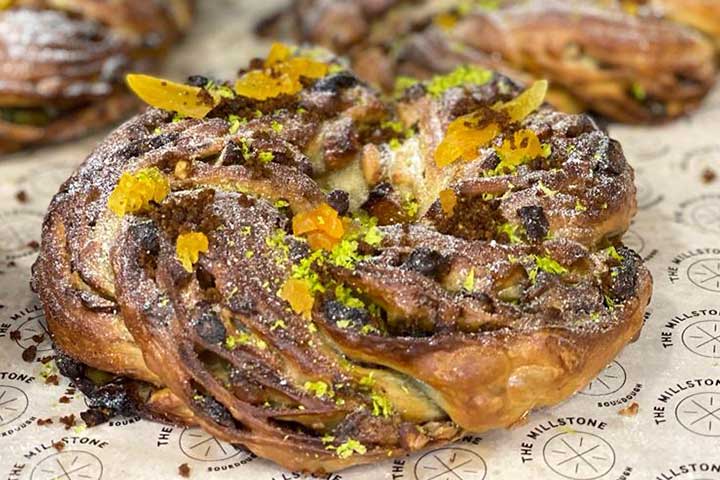 They laughingly recall how last year the whole family (mother, children, friends) worked to fulfil all the orders. “We finished at 3.30 in the morning”, she exclaims while rolling her eyes, “and the next day there was a 200-metre-long queue to collect the orders”, she adds proudly. One thing that is for sure is that within a few years El Mago will become a staple on Christmas tables all over Portugal.