Sergi Arola, a Lisboan through and through 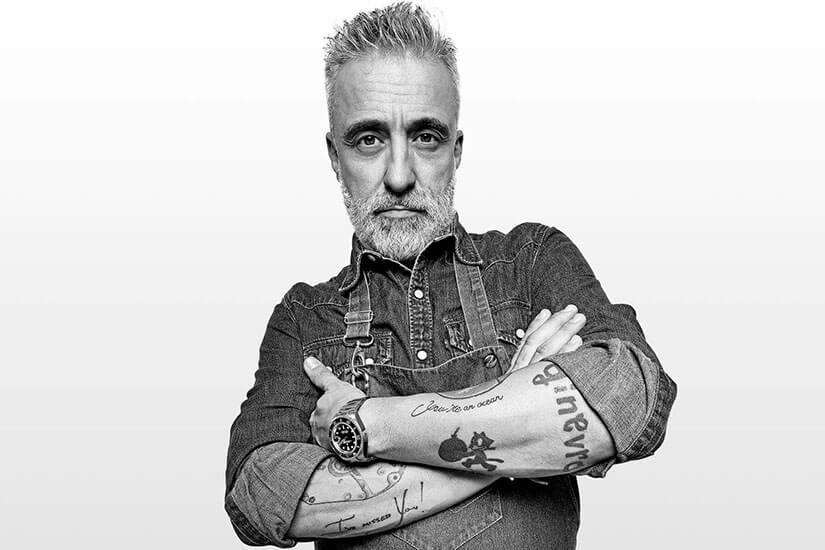 Sergi has turned his name into a brand. After 14 years of travelling in and out of Portugal, Sergi Arola (Barcelona, 1968) seems to have found his place in the world. “I used to live in Madrid and would travel to Lisbon from time to time, now I live in Lisbon and sometimes travel to Madrid,” he explains. He says that Portugal brings him “calm, tranquillity, and makes him feel at ease”.

Biker, hard rocker and rebel without a cause, after launching various gastronomic concepts around the world, Arola has chosen the wonderful hotel Penha Longa (Sintra) to establish his unique laboratory where he creates artistic gourmet cuisine.

The restaurant is called LAB by Sergi Arola, and has been the chef’s bastion and refuge after closing his premises in Madrid. And which he has used to maintain his Michelin star. His culinary concept is inspired by a fusion of seasonal fresh produce and good gastronomy, and his kitchen functions as a laboratory where flavours are refined to provide a unique culinary experience. The space, dotted with works of art, with breathtaking views of the golf course, welcomes only 22 guests per service, and his cuisine brings out the Catalan chef’s elegant and sophisticated character.

Interview with the chef Sergi Arola

How are you?
Well, for my age, I think I’m doing pretty well (laughs).

How is your ‘Lab’ project going?
Well, Lab is now completely established; its reference has always been my way of understanding my profession and haute cuisine. I believe that it is now beyond the concept of a ‘project’ and is an absolutely unquestionable reality. Lab started as a reflection of what we were doing in Madrid, and after closing, it became my bastion and my refuge, and because of Lab I was able to keep a Michelin star and continue my fight to one day have three, which I would like very much to obtain.

Lab began as a reflection of what we were doing in Madrid, and after closing, it became my bastion and my refuge

Is that one of your goals (to achieve three Michelin stars)?
It is not my main goal, but all the restaurants that have been a reference for me have been given three stars by the Michelin guide, except Mugaritz. And, obviously, I would like to be an equal to those restaurants that I use as a reference. My intention over all these years has been to treat my customers the way I would like to be treated when I go to a certain type of restaurant.

You look very relaxed when you’re in Lab…
I believe that is not so much because of Lab, it is Portugal. Portugal has given me an opportunity that I was not given in Spain, and the more time passes, the more I realise that I do not count for the Spanish “chef system”, which brought me to the conclusion that perhaps this is what I needed. Because I believe that everything happens for a reason.

What is your favourite Portuguese product?
Which one do you want? We have all sorts of products in Portugal, and they are all very good. In many cases, they are also much less exploited than in Spain, which makes them equal or higher quality than Spanish products. In Portugal, they can still boast that the vast majority of the quality product is national. The Spanish coast is a spectacle, they tell you that a lobster comes from Marin because it enters through the port of Marin, but it actually comes from Scotland. But we still like to think that it is a Spanish product.

The Portuguese products are much less exploited than in Spain, which makes them equal or higher quality than Spanish products

How do you predict Portuguese cuisine will evolve?
I see its evolution to be one that is of quality and fun. When I arrived in Portugal I went to the markets and they were neighbourhood markets. My Spanish colleagues would ask me why I decided to move to Portugal, and I would reply that Portugal makes me feel calm, comfortable and happy. Everything was very traditional, and I quickly realised that Portugal had the potential to exploit tourism and grow. I think I have lived through the two biggest tourist revolutions on the Peninsula. I lived through the first one in Spain, in the trenches of El Bulli, and now I am experiencing the Portuguese revolution in Lab. There were so many parallels that it was only a matter of time before Portugal exploded. No one can be surprised at what is happening here. What has happened on the Peninsula makes sense. Its geographical location is perfect and we live at a latitude where people eat very well. There will come a time when Portugal will have a similar experience to what has happened in Spain and in other countries, because it is logical: Portugal has talent, good product, culture, history, etc.—which is exactly what Spain had at one time—, and on top of that, there’s been a change in the economic model. The tourism that visits Portugal is becoming more sophisticated. In addition, in Portugal they have always had the ‘luck’ that they can learn from many of the mistakes Spain makes. 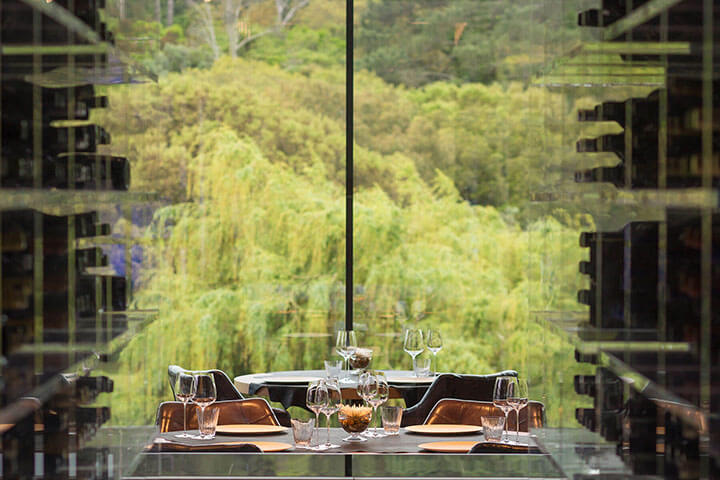