Sara Valls. Going back to our origins 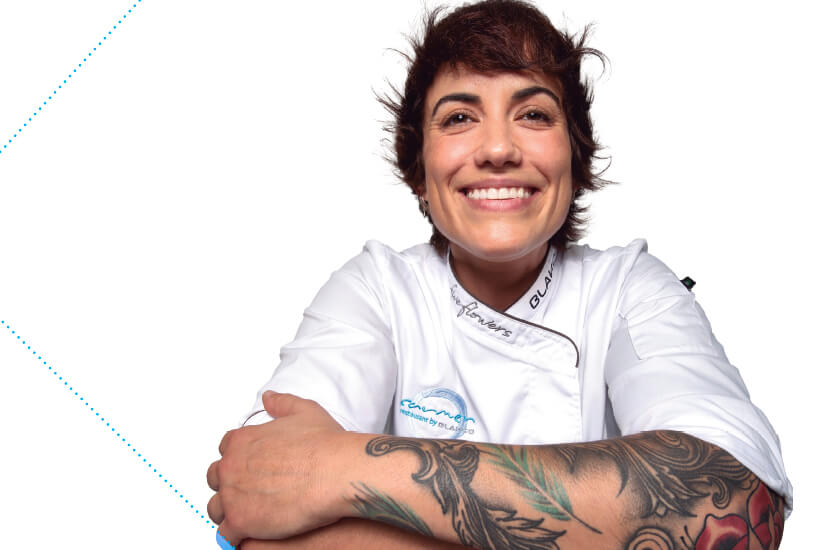 She defines herself as a hardworking, tireless person and says that cooking is what truly makes her happy, and in Formentera she’s found her place. Sara Valls (Castellón, 1986) is at the helm of the kitchens of Blanco Hotel (Carmen restaurant) and the only five-star hotel on the island, Five Flowers Hotel, where she has designed the food for its gourmet restaurant Janis. In her cooking, Sara seeks out the essence of her ingredients and simplicity based on popular flavours and contrasts, working with local produce and giving each of her dishes a fun and creative touch.

How did you start out in gastronomy and what made you decide to become a chef?
When I was studying at secondary school, I didn’t really know what I wanted to do with my life. I really liked photography and cooking so in the end I decided to study cooking at the Castellón Hospitality and Catering College (Costa Azahar). When I started, I couldn’t believe it – I loved it. I’d never come into contact with a professional kitchen and I realised that it was really my thing. I had already taken my first steps from a young age with my grandmother. I used to help her make desserts and traditional recipes and so in the end I decided to go down that path. I also studied in Barcelona, at the Hoffman school (specialising in Japanese cuisine), and did restaurant management courses at the Espais Sucre patisserie school. I’ve worked in Castellón with Pedro Salas, who was the chef of the moment. We did various events with chefs of such calibre as Kike Dacosta, Sergi Arola and Paco Torreblanca and I also worked in Barcelona in places such as Gastrofira.

Why Formentera?
I discovered Formentera thanks to a colleague, who told me to come here, that I had to visit the island. I ended up in Blue Bar. I managed to become head chef and completely changed the food on offer. We had some really good years with the restaurant packed to the rafters every day. We would do 150 covers at lunchtime and in the evening we reached up to 400. It was crazy. It was there where I learnt how to manage my nerves and, above all, how to be organised. I was also in Barcelona with Hideki Matsuhisa, who’s brilliant, learning all about Japanese cuisine. I was especially interested in how he worked with fish. Afterwards, I tried to leave Formentera: I went to Barcelona to work for a group that runs various restaurants. I was there for 10 months, but there came a moment when it all got a bit too much so I went on holiday to Bali. While I was there, disconnected, I got a call from Paya Hotels to run Blanco Hotel... and here I am. 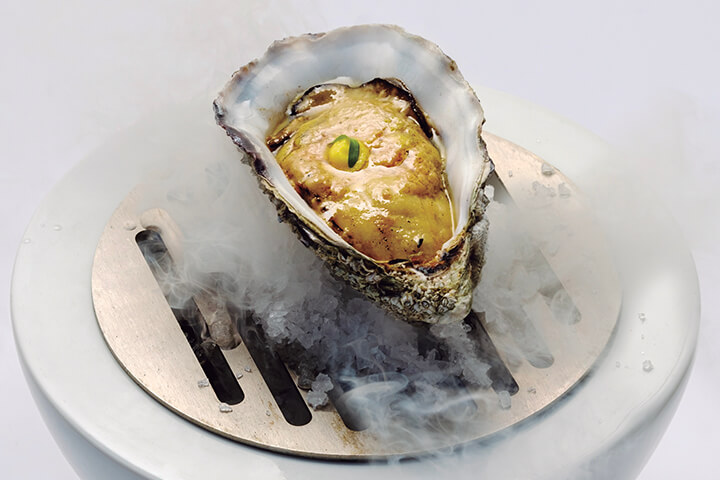 What does cooking mean to you?
I see cooking as a way of life and, above all, a way to express oneself. In my case, it’s a way of telling my own story. It’s part of our culture: a table, a get together… In my opinion, a meal is all about happiness and enjoyment.

I see cooking as a way of life and, above all, a way to express oneself. In my case, it’s a way of telling my own story

What is Sara Valls the person like?
I consider myself to be a very hardworking, tireless person, who’s really eager and, above all, I like to do the things that make me happy. And cooking makes me very happy. It’s something that I’m passionate about and I want to continue doing forever.

How would you define your cooking?
My cooking is simple and fresh. Although at the same time it’s complex, because there’s a lot behind it. However, when it’s plated up, it has a very simple feel to it.

What can you tell us about the food on offer at Paya Hotels?
On the one hand we’ve got the food at Carmen. We serve a relaxed take on signature Mediterranean cuisine, so people can eat in Formentera at an affordable price. It’s Mediterranean food with a twist. We serve a lot of classic dishes for which we use certain cutting-edge techniques. At Janis restaurant (part of Five Flowers Hotel), we’ve got spectacular views and a really idyllic setting. There, aside from our 12-step tasting menu, which is inspired by the 19 kilometres that span the island from one end to the other, we’ve been working with local produce from different points on the island, and we’ve developed a really fresh, fun and sensory experience so you can enjoy the essence of Formentera. We’ve also have the à la carte menu and really interesting wine-pairing options.

How do you organise your time running the kitchens of two hotels where you are responsible for everything from the breakfasts to a gourmet restaurant?
By working long hours and by being really fortunate. I actually have no idea how we do it. But at the end of the day, it’s what we like doing and we have a good time doing it. This year, I’ll be at Blanco Hotel in the mornings, and making preparations and doing service at Janis in the afternoons and evenings. 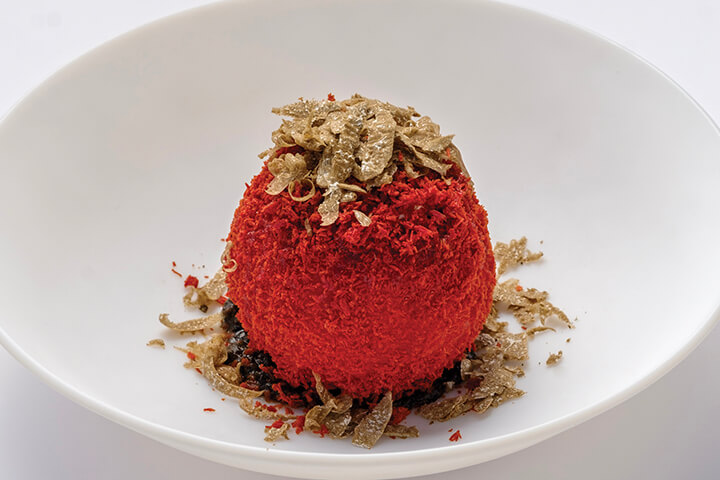 How do you see your future?
I see myself cooking in the future. Doing whatever I want, in a really nice place with very few tables. Looking after diners and really enjoying it.

What direction do you think gastronomy is taking?
I think gastronomy is going back to its origins. It seems really clear to me. We mustn’t lose sight of our roots or origins and we should place value on all that. I think we had reached this really crazy point where so much creating and so much inventing was happening, but we were forgetting where we came from. However, I think we’ve finally taken a moment to reflect on where we came from and where we want to go.

Something that’s never missing from your food?
I’m a big fan of egg yolk and pickles. I love that special touch they give to food. By adding some pickles I think you can make a flat and boring dish into something that makes you say ‘wow’.

What are your hobbies?
I love all kinds of boardsports: snowboarding, surfing, skateboarding… I’ve been neglecting it lately, but as soon as I have some free time, I head to the beach and don’t leave.

What book would you recommend?
I just bought the Azurmendi book (by Montagud Editores) and I think it’s amazing. When I opened it, I almost cried. I love their work and really want to go and try their food.

Who is your culinary icon?
I have a lot, but Fina Puigdevall is really amazing. I think her work represents the kind of route I want to go down: simplicity, produce, vegetable gardens...