Sa Paella Club, the secret of the true Valencian paella 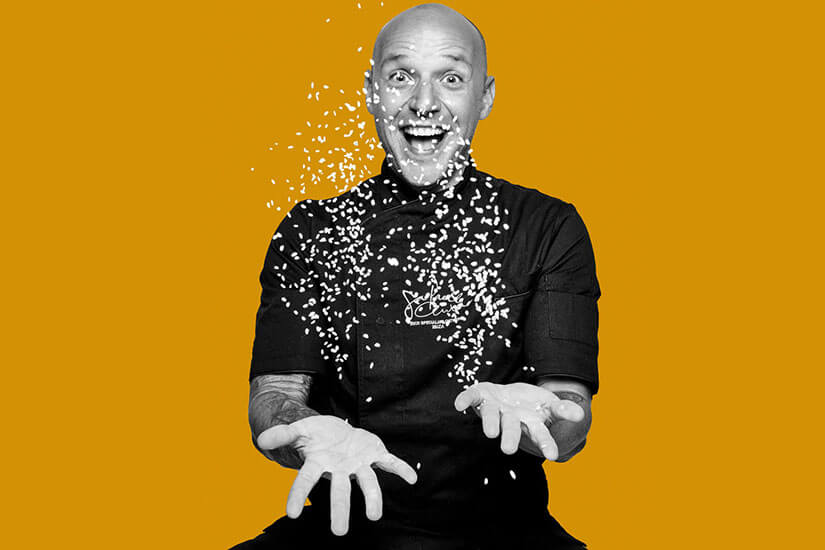 Born in Castellón, Alejandro Velázquez arrived in Ibiza eight years ago. A restless, complex character, in his 38 years he has worked in widely different sectors, such as fashion, events, catering, and even construction, but he has always focused on the sales aspect. After a long and fruitless search for the best paella in Ibiza, he decided to turn his passion into a way of life, with “Sa Paella Club”, a catering establishment specialising in rice dishes, through which he hoped to “reveal the genuine experience of Valencian paella.” Alejandro Velázquez has another big project in hand, as he is also head chef for KRT WorldSBK, the official Kawasaki team in the Superbike World Championship. This involves him in travelling across all five continents while being responsible for cooking for the team of the four-time world champion, Jonathan Rea.

Why paella?
As a Valencian, I love a good rice dish. After spending several years in Ibiza, I realised it was not easy to find that kind of dish on the island. Rice dishes mean a great deal to me. “Sa Paella Club” came about in a very organic way. I had not been thinking about the business side, but as a “zealous” Valencian (where rice dishes are concerned), I was upset by the experience of going to lots of restaurants in Ibiza and not being able to find a paella with that “certain something” I was used to. To me, paella symbolises the family and many other things. I had often mentioned to my girlfriend that I would like to open a restaurant. One day, we were at a festival where a catering company with private English chefs made us a paella with onions and a load of other ingredients, and suddenly I saw it all clearly. I nudged my girlfriend and said, “In the coming year I’m going to leave my job and I’m going to start a company preparing rice dishes.” And the next day I began to set about the task. That was in the middle of the summer of 2016, and by the end of the season the project was already taking shape.

To me, paella symbolises the family and many other things

Why do you say it’s difficult to find a good rice dish in Ibiza?
Paella is not a cheap dish, not if it’s made well. The problem is that to make a paella you need to have the chef concentrating on cooking the rice for 15 or 20 minutes. The difference between what we make and a restaurant that sells 70 paellas a day is that they have one cook making those 70 paellas, and it’s very difficult to make them all turn out to the same level. They don’t turn out the same because it is impossible to take the same amount of care over them. Paella is pure physics and chemistry. The rice needs to turn out dry, flavourful, and with a good colour. So many variable factors can affect the cooking process, and not everyone knows how to control them.

What is “Sa Paella Club”?
“Sa Paella Club” is much more than a catering establishment specialising in rice dishes. We offer our customers—the majority of whom are from abroad—a complete experience. I love to tell them the story behind what they have on their plate. This year, in addition to the catering, we’re going to offer a take-away and delivery service. So far, though, we have only done private functions. We have never wanted to be a restaurant.

What kind of functions do you do with “Sa Paella”?
All kinds, although this year we’re focusing on weddings to a great extent. I have created some new cookers to take them to the functions. They are very eye catching, and add a special touch to any kind of celebration. They are like mobile trolleys, decorated in a rustic style that features all the elements used in preparing a paella: red peppers, garlic, tomatoes, spatulas, etc. 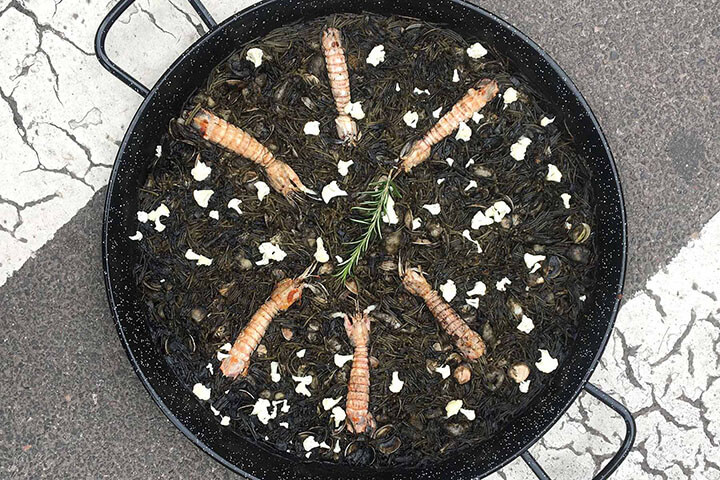 Do you see “Sa Paella” as a long-term project?
Yes, absolutely. I love what I do. Cooking rice dishes is what I love most. Every day, from 7 o’clock in the morning, I’m working with a smile on my face, and I’ve never done that before in my life. Motorbike racing has always been another great passion of mine. So you can imagine how, thanks to the cooking, I’m surrounded by a world that I’ve always wanted to be part of. I’m very happy with my life.

What kind of cuisine does “Sa Paella Club” offer?
“Sa Paella” offers a little slice of Spanish culture. We specialise in rice dishes. We have about 20, but the number of dishes doesn’t matter: what matters is that they are all delicious. The most frequently ordered dishes are Valencian paella, seafood paella, arroz del senyoret or arroz a banda. We have also created other variations, but the tourists who come here have a very clear idea of what they want to eat. We also offer a range of classic Mediterranean starters, traditional tapas and superior products, such as a high quality olive oil.

What makes a good paella?
For me, a good paella is one eaten in the right company. I don’t know of a more sociable dish. You can enjoy a good paella if you eat alone. But if you eat that same paella in the company of 20 friends, it will be wonderful. We Valencians always associate the best times of our lives with a paella eaten on Sundays with family or friends. That’s why it is so special.

A good paella is one eaten in the right company

Is there another secret for a truly superb paella?
We work with a particular variety of rice from Valencia. It is important to know that not all types of rice behave in the same way. There are almost 30,000 different varieties of rice, and each has its own characteristics. The amount of fat you add will determine the end result, and how the grains turn out. Careful attention needs to be paid to the stock from the very start of cooking. Add to that a selection of the best quality ingredients, as we insist on, and you’re well on the way to success. 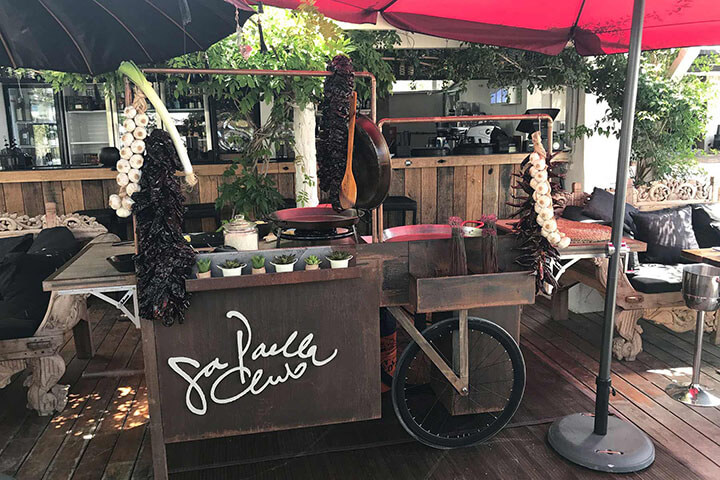