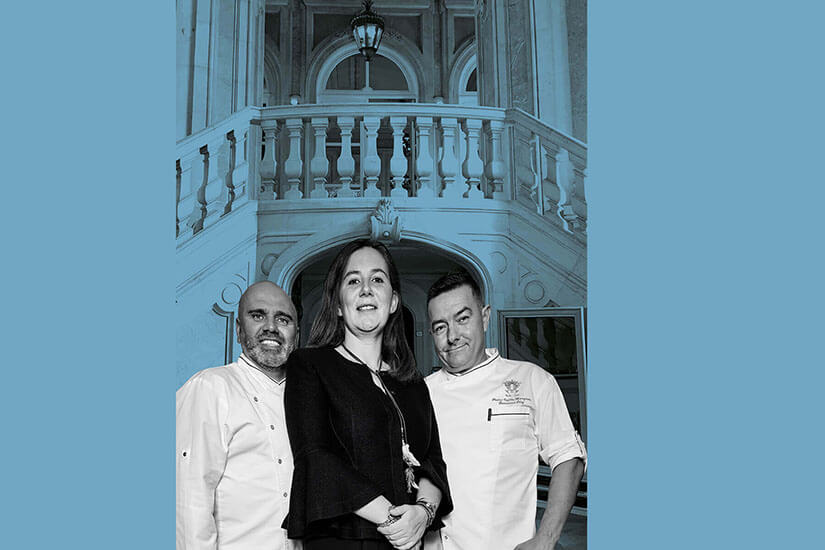 With national and international distinctions, the excellence of the Pestana brand has been reinforced, the quality of the service provided to guests and the professionalism of the teams is a differentiating element at both Pestana Palace Lisboa and Pestana Cidadela Cascais. The leading position in Portugal and the assertion in global markets is already a reality and the bet on Portuguese gastronomy is part of this recipe.

“What we seek to offer the customer is the luxury of time, that is, to make them feel that there is a break and that those at the Hotel are willing to offer a perfect experience”, says Group Director Joana Soeiro, noting that this requires guaranteeing an impeccable delivery and accommodation service, with gastronomic and dining experiences. Going back in history, the palace was acquired in 1992 by the Pestana Group, and has since undergone restoration and adaptation works. Two new wings were built to house the bedrooms, with French-influenced period design, marble veneers, frescoed ceilings and stained-glass windows.

“All rooms have a story”

Among the several experiences open to the public, Pestana Palace Hotel wants to do things differently. Knowing that people appreciate having a moment for themselves, a concept has been created to customise the product. The idea is to have a private and exclusive room with such a varied offer that it can go from a wine tasting or a cheese table to a fish cataplana or a more elaborate dish. A moment intended to be only of the customer and for the customer. The audience is relative, it can be a restricted business lunch or a family that is staying in Portugal and wants to taste some wines, or even an engagement proposal… the rooms adapt to every moment. One of the advantages of this option is that the spaces are recreated with the history of the past and the new room that will be inaugurated for this purpose was the office of the Marquis, trying to dignify his memory.

“Cooking is a lived, tasted and felt story, feeling what I am doing and serving”

The old kitchen, which was the Palace's old kitchen, with a marble table, is a place of history where the chef enters the kitchen and prepares the dishes right there. We are talking about a space that was chosen to be Madonna's dining room for half a year and where the singer had all her meals. 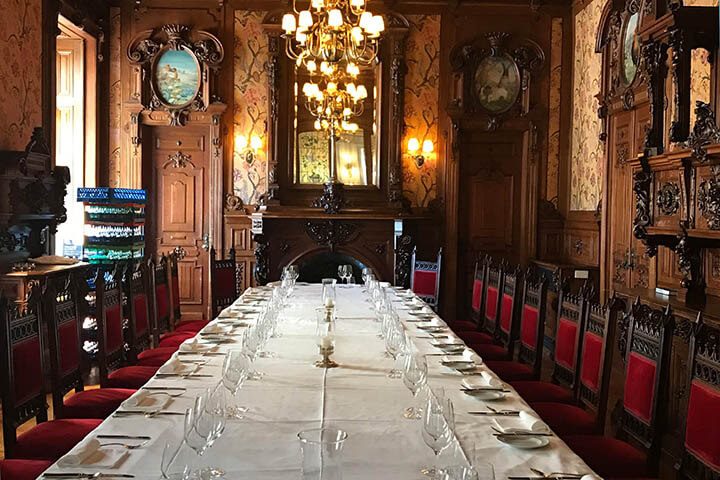 From history to the table, Chef Pedro Marques of Pestana Palace Lisboa starts by admitting: “Every time I go there, I feel the weight and responsibility of doing my best and giving the best”. The cuisine is described as being traditionally Portuguese and using the good products we have in Portugal, the very rich sea, the excellent national meats and an excellent recreation of dishes. For 10 years in charge of cooking, chef Pedro recalls that every day is a day, there is an enrichment and a culture that can be passed through food.

“The experience is to deliver what the customer wants in terms of gastronomy always with history in the background, and that is a very important concept”

Traditional Portuguese gastronomy reigns. Valle Flor's cuisine finds the best products, respects the origin, season and time of the year when they should be consumed. But that’s not all. There is also international history, sushi that takes us to Japan or the Sunday brunch with alternative appetizers. But there’s more, an experience has been implemented that transports us to the concept of barbecue, called “chicnic”, and that’s where national gastronomy lovers can enjoy, in the literal sense of the word, the recipes of Chef Pedro Marques that stresses: "The customer can have a more relaxed meal, with leisure, but he/she can also have a refined meal, I think there we can achieve in detail what the customer wants".

This hotel is different from all other because it is an architectural requalification of what was once a coastal protection fortress, in a building that was later a military barrack. It is 8 years old and is a project that aims to create an immersive experience within a fortress, bringing out several values. It lives enclosed in itself as the word citadel itself indicates, as we are before a small town that develops within a fortress.

In terms of restaurants and because we are what we eat, chef Manuel Alexandre speaks of a tavern where traditional Portuguese food is served as snacks. From the patanisca to the egg with asparagus or even the famous potato skins, “we use the boiled potato skins”, the chef highlights, a resurfaced inspiration from the military era. It is a very comfortable restaurant for groups and families, welcoming, and Manuel Alexandre does not hide: “I feel a strong warmth in that restaurant because each room has its history, we have that of books, of the signatures, of the bags and of the train, each one conveying a message”.

“The idea is to make a tavern where food brings comfort and happiness, and to show Portugal at the table with the literary imprint of history”

Broad beans with smoked sausage, codfish “à bras”, always served in traditional dishes or tableware, make this tavern the most desired not only by foreigners, but also by many local inhabitants. “It is a friends’ restaurant where they can snack while they talk”, says the chef. The cuisine of the Cidadela aims to create greater proximity to the audience and what goes to the table goes with refinement, be it a fish rice or a “lagareiro” octopus “we have a great love for food and we have to pass it on to our customer”, says Manuel.

“For me, cooking is having a passion for the product and transforming it into much more than a legend”

Fusion between books and food

This year there is something new, the Pestana Group has just launched a Christmas store with an associated gastronomy menu in a new concept within the Hotel. It will be a space that connects food with books, allowing for private rooms with gastronomic experiences surrounded by literature. Many times, the chef himself admits to getting ideas from the books he reads to innovate the menu… we find everything from literary Christmas tales to typical Christmas dishes that are told at the table, and those who visit can read the story and then try the dish as it is described in the book. 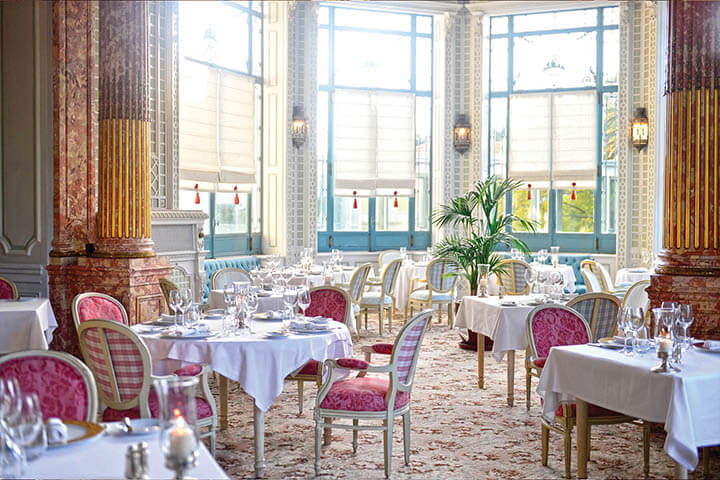