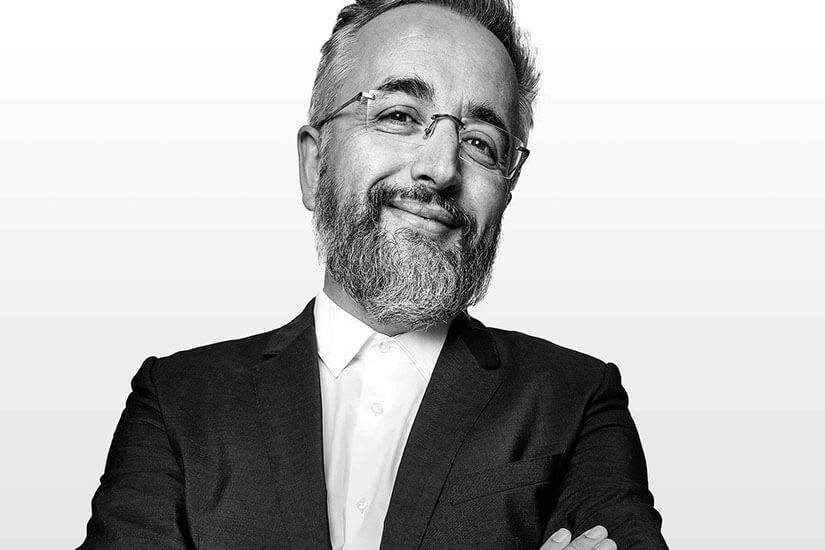 Paulo Amado is a man who stays behind the stage of many of the gastronomy-related events in Portugal. From the “Congresso dos Cozinheiros” (Cooks Congress) to the Food Weeks of Lisbon and Oporto, Paulo Amado bets on cooks as fundamental players for social change.

Paulo Amado considers himself, above anything else, a humanist. A son, a father, a brother, a friend, human expression is fundamental for life. He is a trumpet player, a surfer, has a band and, “in the middle of all that, I work a little bit with gastronomy”, he adds with irony. Truth be told, if we had to absorb information about all the historical steps of Portuguese cuisine, it would be with Paulo Amado that we would be duly informed. He knows by heart not only the names of all chefs in Portugal, but also their journey, where they worked and teams they work or worked with.

At the age of 24 he was in Lisbon studying Law. In 1997 he took an internship as a journalist at Inter Magazine, a publication for people who want to know more about gastronomy. Paulo admits that, when he started, he didn’t know what gastronomy was, he knew there were restaurants and cooks and pastry shops, but he didn’t know what the essence of hospitality was about. Thus being, his challenge as a journalist was to dig deep and deepen topics: “I contactedsome international organisations, started travelling abroad, interviewing the leading chefs in Portugal, and building up a meaning”, he explains.

I believe it’s possible to change the world through gastronomy

He wasn’t afraid to look for new contents and/or new people and was completely free to score in communication. It wasn´t a coincidence that, in 2001, the publisher made a proposition for him to buy the magazine he worked for. He bought it and ventured into this world. Nowadays being the director of Ediçőes do Gosto (taste editions), he is in charge of several projects and his main ambition is to bring the specialty of gastronomy to a larger audience. He believes what he does but has faced some moments of crisis thinking he didn’t belong to this sector. “It was only recently that I started believing maybe I did belong, I finally found the model that translates my individual beliefs with the work I have been doing in gastronomy”, he realises.

What this former Law student, book author and trumpet player wanted, was a music of actions that would play important changes. He currently manages a company of reference organising events, promotion and communication in the fields of gastronomy, food and beverage, with a history of almost 30 years in the market. As if that wasn’t enough, he has updated schoolbooks projects at hospitality schools, a partnership with Essência do Vinho for the Lisbon Food Week and the Congresso dos Cozinheiros, and also the documentary A Moda da Cozinha (the cooking fashion), with Tiago Pereira. Restless about the sector’s constant evolution, Paulo wants to make a strong stand and elevate Portugal in the universe of flavours. 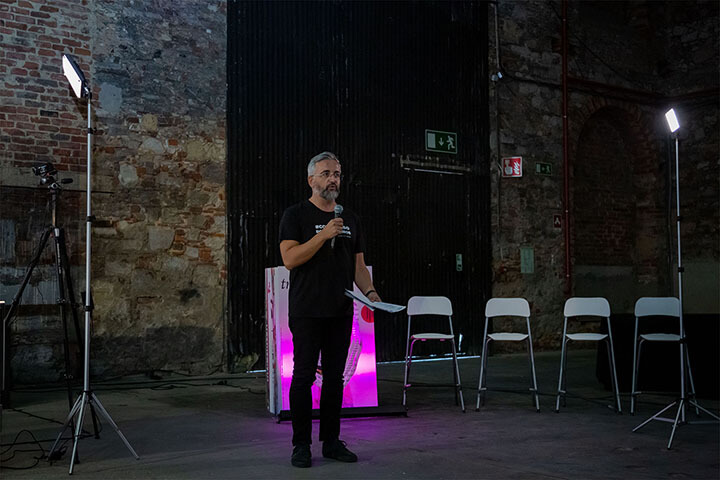 Humanising the professions, establishing a balance between men and women, integrating the communities in our country, using arts and artists to help social causes, Paulo Amado has a list of wishes he wants to see fulfilled. Through that, he wants to be able to change the world in all platforms. Portuguese gastronomy underwent a big, historical and generational change over the last 20 years. Just to give you an idea, Paulo Amado has already promoted initiatives such as the Fórum de Inovação em Cozinha e Pastelaria (Cuisine and Pastry Innovation Forum – 2002), Bolo de Noiva do Ano (Wedding Cake of the Year – 2002), Congresso dos Cozinheiros (Cooks Congress – 2005), A Revolta do Bacalhau (The Uprising of the Codfish – 2005), Gastronomia com Vinho do Porto (Gastronomy with Port Wine – 2005), Jovem Talento da Gastronomia (Young Gastronomy Talent – 2008), A Mesa dos Portugueses, with Cofina (The Table of the Portuguese – 2011), Lucky 13 Festival Nacional de Gastronomia (National Gastronomy Festival – 2015), Troféu Portugal (Portugal Trophy), with Portugal Sou Eu (I am Portugal – 2015), Comer (Eat) magazine (2011) and the ETASTE website (2016), among other. He is determined to classify concepts: “gastronomy as we see it from a social point of view is a strong niche, gastronomy from a more traditional perspective is another strong niche”. Products, producers, forms of marketing, the food sector, the different techniques and the customer… it’s the gastronomy industry and, according to Paulo, the traditional component has a set of strong challenges.

To Paulo’s attentive and perceptive eyes, chefs are seen as strong ambassadors of our culture and of our country, and we have good examples that are doing a great job. He can’t select only one chef he considers to be good, even because he has an incredibly long historical memory, but among the most recent he selects: Avillez (with David Jesus), Ljubomir Stanisic, Pedro Lemos, Sá Pessoa and Alexandre Silva, who belong to a new generation of entrepreneurs. He considers João Rodrigues to be a heavyweight, nowadays and for the future. And ends with Rui Martins, an explosive power in renovating tradition. It is public knowledge that Portuguese audience loves gastronomy, and tourists who come here become fans, therefore “should this structuring of forces happen, I believe we can reach higher”, he highlights.

As a humanist, Paulo will remain connected to gastronomy and has something that is making him happy, a gigantic connection of artists to gastronomy: “I inviteartists to make videos that I later play at food and music events, and I believe through that I can achieve social change”. In parallel, he will continue to write books, study trumpet and keep his band, “because the problem with gastronomy is that if you don’t pay attention you get swallowed by it”. Family is an important link, and he tries to be growingly more present. 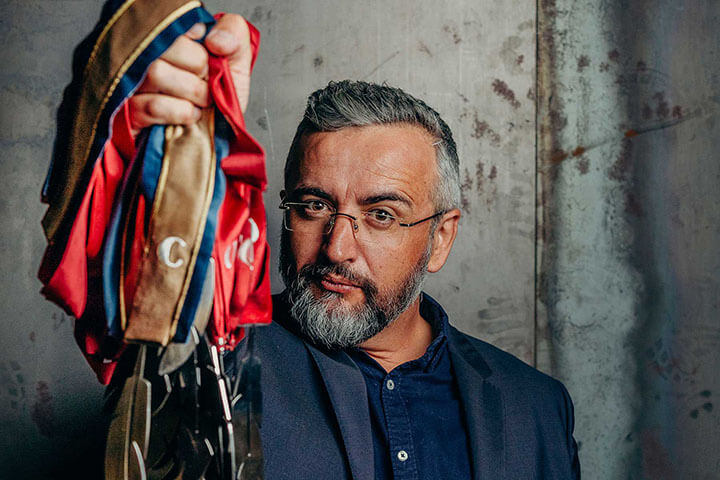 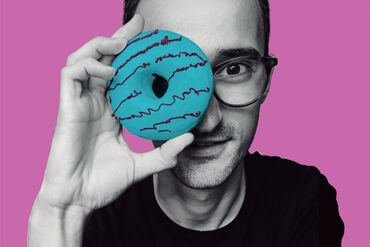 Chef Carlos Fernandes, desserts on the stage of creativity