Nandu Jubany, the chef who fell in love with the Pitiusa Islands 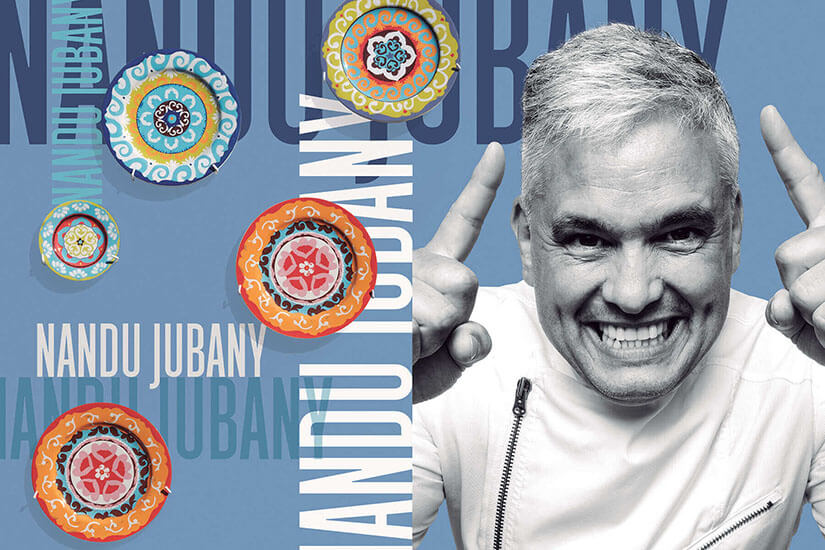 Having completed his conquest of Catalonia, Andorra and Singapore with several restaurants and catering services, Nandu Jubany (who has now made his home in Formentera) shows his love for Ibiza and Formentera with three new gastronomic ventures. Can Carlitos, the restaurant that presented him with the opportunity to settle in Formentera, is beginning a new phase under his sole supervision, but this year the Catalan chef is also taking over Es Còdol de Foradat, one of Formentera’s foodie icons, as well as launching a new venture in Ibiza — Pecador. Unstoppable as ever, Nandu Jubany talked to us about his aim to ‘gobble up’ the Pitiusa Islands.

This year, Can Carlitos is embarking on a new phase...

The Formentera restaurant Can Carlitos has been on the scene for five years, but this will be its first year under Nandu Jubany. Previously, Can Carlitos was a company set up by “Francisquiño” (Francesco Manzoli) and me. It has worked very well all this time. It meant that I had the opportunity to come to Formentera. Francisquiño came up with the idea that we set up a restaurant here, and that gave me an “excuse” to visit the island more often. Now I have one foot (and even a house) on Formentera. Francisquiño was planning to open up a restaurant on Ibiza, and I suggested that I took over the business here. Now we’ll begin to see a new Can Carlitos. 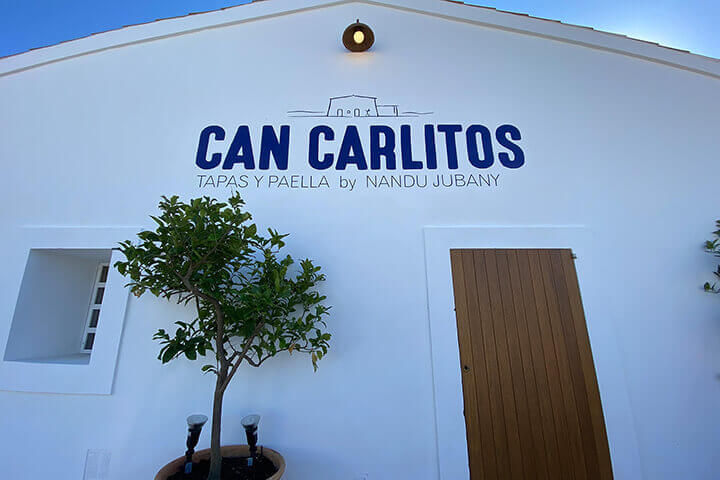 Can Carlitos will definitely be different because, when you do something with a partner, you always have to do what appeals to both of you in order to avoid arguments. Now I’m on my own, and I can do things my way. In particular, I will invest more in the business; I want to do things a bit differently... There will be more of Nando Jubany in Can Carlitos. There will be more passion.

And what’s the news on Es Còdol de Foradat?

I’ve always said that I have a guardian angel, because sometimes things just turn out right for me. I’m not one of those who thinks things always have to be a struggle. Es Còdol Foradat came my way because the owners wanted to pass the business on to someone who would keep its name and its spirit alive. My agent recommended it to me, and I was already a customer there. Also, I love Migjorn: the beach there is fabulous, and it was one of the things that most impressed me when I first came to the island.

What can we expect in this new phase at Es Còdol de Foradat?

I want Es Còdol to be the island’s star restaurant. It’s really important to me that it should be for the people of the island, the people who live here all the year round. I want to be open right up to the end of the year, to celebrate New Year’s Eve here, to spend Christmas here... I understand that many people on the island think that lots of us come from outside to do business on the island for six months, and then we’re off again. That does happen: it’s the reality. And while I do want to do business for six months, I also want to be here for another three or four months, providing a service, living on the island and showing my gratitude for being able to enjoy it. I want Es Còdol to bring together the culinary heritage of the Balearic Islands. I want to revive forgotten dishes, rewrite traditional recipes... Because Formentera’s local cuisine is amazing, but we can’t all offer the same menu. My idea is to make the very finest organic Mallorcan sobrasada [traditional cured, spiced sausage], porsella [suckling pig] and arroz de matanzas [pork stew with rice]. I want the restaurant to offer a really pleasurable experience, and I want the service to be something special. In the restaurant world, service and experience are underrated. We may think we’re stars, but all we are is a service to help people enjoy themselves. And any professional chef who forgets that is losing his way. 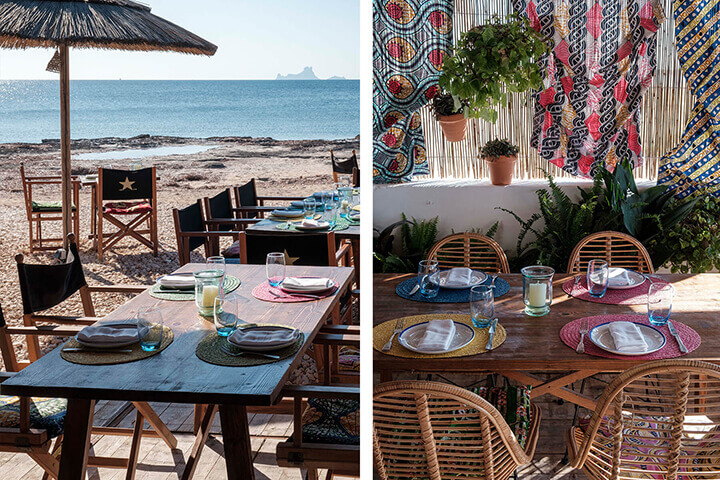 And this year, you’re going to move in on Ibiza...

The Ibiza venture is the result of a business opportunity that I spotted when we opened Can Carlitos. The islands are very nice, but the people who come here need different things. When you’ve been here a fortnight, and you’ve tried the bullit [traditional Ibizan fish stew], the fried octopus and all those other wonderful dishes, you fancy something different. That’s what gave rise to Can Carlitos, and I saw this other business opportunity on Ibiza. Not to set up another Can Carlitos on Ibiza, because there can only be one Can Carlitos. I love Ibiza. Although people say it’s overexploited, I really believe it’s one of the world’s treasures. There are still things to do on Ibiza, and one of them is the project we’re going to undertake.

“I want Es Còdol to be the island’s star restaurant. It’s really important to me that it should be for the people of the island, the people who live here all the year round.”

What is your new project called, and what can you tell us about it?

It is called Pecador. ‘Pecador’ comes from ‘pescador’, the word for fisherman. But ‘pecador’ also means ‘sinner’, and I think Ibiza is a sinful island. Everyone goes to Ibiza intending to sin a little, but not in a bad way. Our cooking there will be similar to that of Can Carlitos, but with a  much bigger range of dishes. On Formentera, it’s more difficult to find good quality fish, so at Pecador we’re going to have much more fish: grilled, baked, cooked in the Josper. We’ll have skewered fish, rice and fish dishes — although we’ll also have meat, of course. The idea is to give a taste of Can Carlitos. On Thursdays we’ll do sardines, in the mornings we’ll do yoga sessions, breakfasts ... our aim is to let people have fun, and I think it all comes together perfectly.