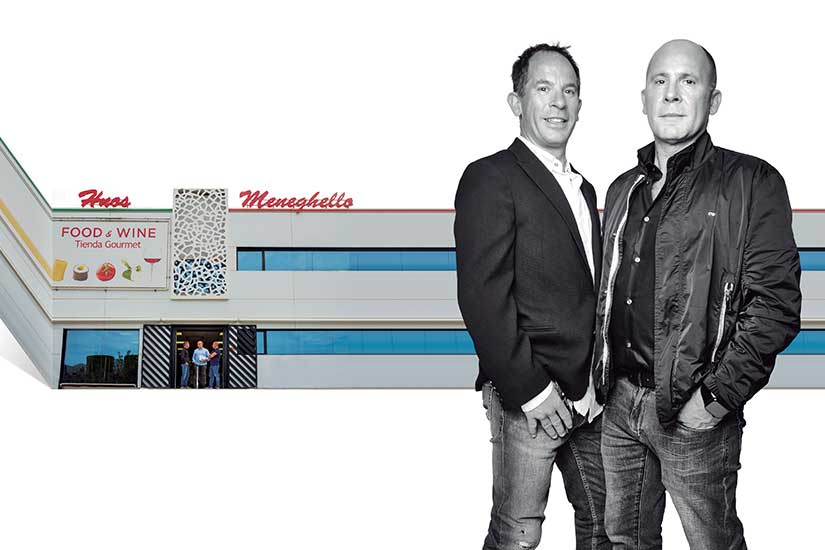 Meneghello Fish is one of the biggest fish and seafood distributors in Ibiza. But this year it expanded further by purchasing its first trawler – from now on, it’s also going to be part of Ibiza’s small-scale fishing fleet. This step forwards was made possible by signing an agreement with the island’s fishing guilds in Sant Antoni and Eivissa, whose fish is distributed with the “Piex Nostrum” emblem.

Meneghello Fish hopes to respond to two needs on the island. Firstly, supplying restaurants and catering, a sector that requires increasingly exceptional local fish and seafood, an area that has a market deficit due to the limited size of the current small-scale professional fleet. And secondly, ensuring that fishermen retain a large part of their haul, guaranteeing that this thousand-year-old trade endures on the island.

Juan Mari, director of Meneghello Fish, admits that they’ll always have to bring in fish and seafood from other latitudes because the waters of the Pityusic Islands cannot provide enough to meet demand. However, the company has made a firm commitment to local fish this year because “we believe that local fish and seafood should have a leading place in Ibiza’s food.” So much so that it’s star products this season have a strong Ibizan flavour, such as red prawns, langoustines and the impressive Pityusic tuna, which is smaller than the Atlantic tuna but equally good in terms of flavour and colour. 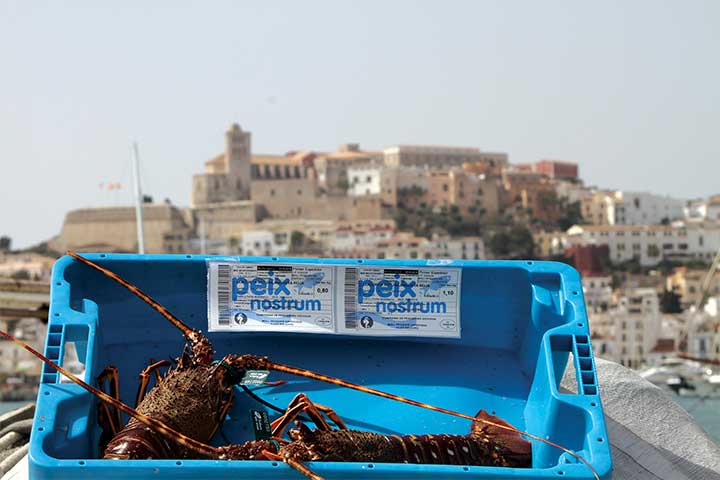 Meneghello Fish knows that supporting local produce means supporting sustainability. At the same time as keeping jobs and preventing an ancient tradition on the island from disappearing, it reduces the carbon footprint generated by importing fish from other places around the world. In fact, the Peix Nostrum emblem that is used on local fish guarantees that it is 0 mile produce and unbeatably fresh because fishermen bring the fish to market just hours after it is caught.

Thirty years ago, Pier Paolo and Andrea were restaurateurs. They had a couple of their own restaurants on the island, but began to make packaged, ready-to-eat fresh produce and distribute it to other restaurants.  They soon realised that what they really enjoyed doing was being suppliers, so they changed direction and created one of the most important food distribution companies on the island. Today they are a benchmark for their catalogue of Mexican, Italian, and ethnic products, their chocolate and their molecular cooking, to mention just a few of their ranges.

And as if that weren’t enough, with the invaluable support of Juan Marí, their sales director and friend, a couple of years ago they launched Meneghello Fish. The company was created to respond to the needs of the food sector, which required products that were nigh on impossible to obtain on the White Isle, such as local fish and seafood. 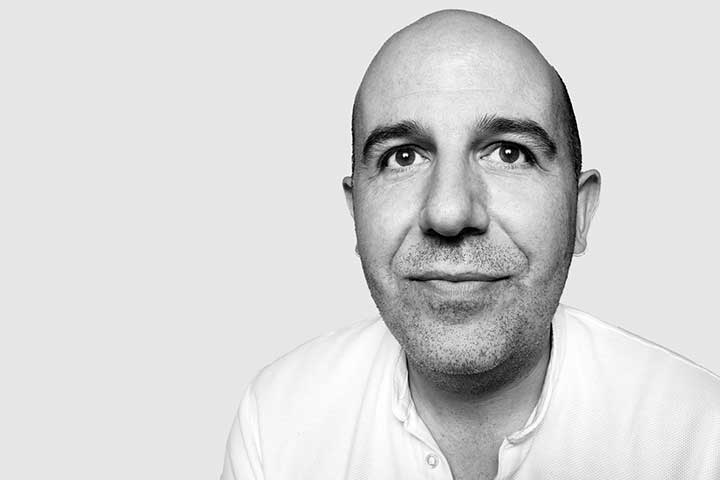 Always moving forwards seems to be the motto of a company that now has a significant workforce, a fleet of 26 trucks that leave for deliveries at 8 a.m. each day, and that has set its eyes on the neighbouring island of Formentera with two daily deliveries – although Meneghello Fish’s short-term objective is to establish itself there too.

The company that never stops reinventing itself has made significant efforts to adapt to the needs of the client, speeding up orders and making the ordering system easier, because it’s aware of the challenges faced by a sector that is used to ending its working day at unearthly hours. Meneghello Fish is also firmly focusing on its range of pre-prepared and packaged products, in which fish is processed according to the chef’s or restaurant’s requirements. It is cut, packaged or portioned up as needed by each restaurant, saving the business time and staff costs.