Marlene Vieira y João Sá, balance in and outside the kitchen

They met in a kitchen and, to a backdrop of kitchens, forged a relationship that, 17 years later, has led to a daughter and four dreams come true in the shape of restaurants Marlene, Sála, Time Out and Zunzum. Marlene Vieira and João Sá are one of the most charismatic – and well-balanced – culinary couples in Portugal. Both inside the kitchen and out, Marlene’s northern character, energy and determination perfectly contrast with João’s dreamy and artistic personality. Does the perfect couple exist? After this interview, we think it does.

How did you meet?
Marlene: I’m from Oporto and João is from Sintra. We met in a kitchen. In a hotel, when we worked together in 2005. We’ve grown up together over all these years...

What’s been the key to succeeding in each of these projects?
João: you have to have feelings for each of them. Marlene is more at Zunzum, which is her most personal project; I’m more at Sála. We’re both there for everything, we help each other a lot... 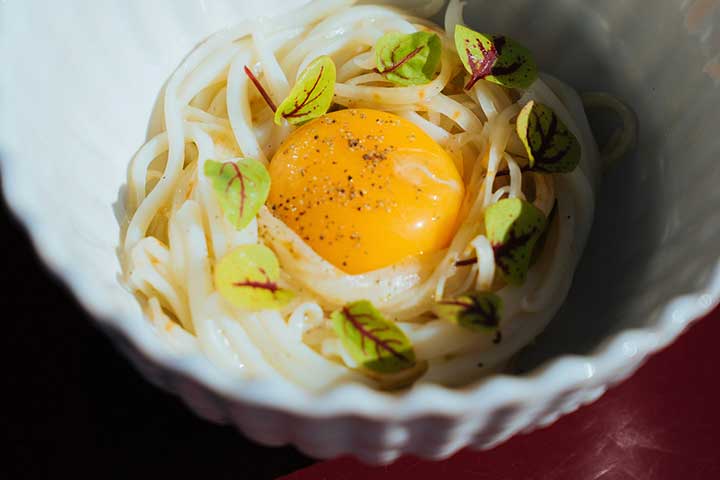 How are your restaurants different?
Marlene: Marlene is a gourmet restaurant, a gastrobar, and Sála is gourmet too. Mercado (Time Out) is a food corner with genuine Portuguese food. There you’ll find authentic, high-quality food. I always work with quality. João does too, but he has his own way in the kitchen. I work with perfection, balance. We have different ways of working. Pleasing lots of people is important to me. João likes working for his own pleasure, he’s an artist. His cooking is more personal. And at Marlene, I want to work with more creativity and sensitivity...

Marlene, what is João’s cooking like?
Marlene: It’s multicultural food. Because he’s like that. He’s really open to flavours from around the world. His family isn’t a typical Portuguese family. They were born in Angola, and he grew up with other, far more tropical products and flavours... That’s why his taste is very different to mine; I’m from the north, and grew up with a cuisine based around vegetables, meat, fish, bread, oil... João and I have a totally different identity in the kitchen.

João, what about Marlene’s cooking?
João: Marlene’s cooking is particularly rich in Portuguese flavours. Her way of being in the kitchen really stands out, how she acts with the people who work with her...  She’s a far better leader than I am.

João: I’m more about sensitivity, Marlene is more about challenges, more straight and far more direct. And I think you can see that in her cooking too. She also has a very feminine sensitivity, that’s definitely true... But, more than anything, her cooking has a lot of Portuguese flavour, very direct and sometimes very simple. 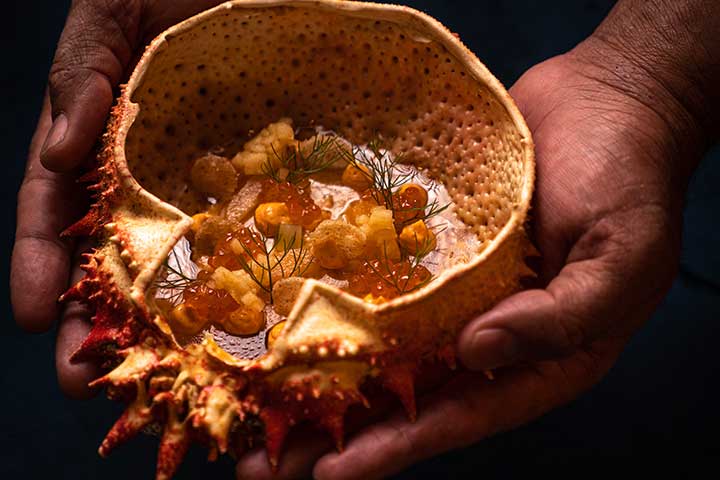 Marlene, how would you define João in one word?
Sensitive.

João, how would you define Marlene in one word?
Courage.

What’s she like outside the kitchen?
João: It’s hard, because when you have four restaurants with your partner, without business partners or anyone else, the restaurant is an important part of your life... That’s why, this year, we’ve tried not to talk about work at home. Because it’s been very intense with the pandemic. But I’d say that Marlene is very bossy. [He laughs]

What’s João like outside the kitchen?
Marlene: He’s a dreamer. A philosopher. He talks a lot about what he’d like to do but doesn’t always do it. We’re very different. I’m about action and he’s always thinking about what he’s going to do. He has a whirlwind inside him. I’m not afraid of making mistakes because I know you learn from them. He’s really scared of making a mistake. We really complement each other that way.

How do you see the future of your restaurants?
Marlene: Together, cooking on a farm with animals. We’d like to have a small hotel with a restaurant. Good wine... But together. We work from the heart.

João: I can picture myself in the future working on something smaller, in a small, charming hotel. Living a more peaceful life, cooking three times a week... Because it’s sometimes difficult when you’ve got 83 people working with you... 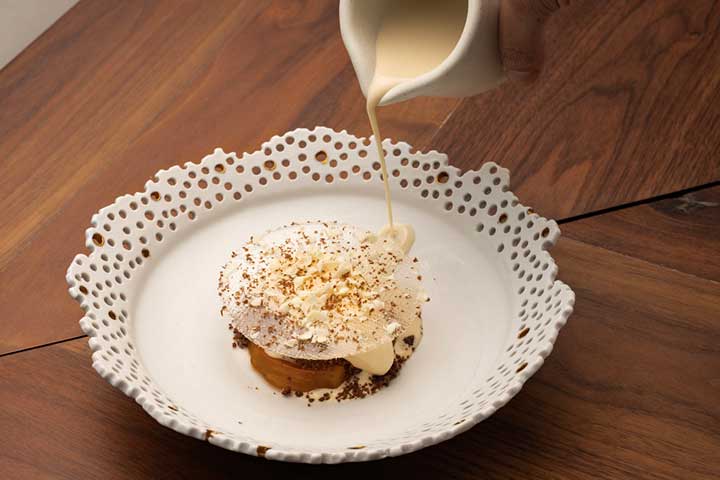 And how do you manage being responsible for so many people?
Marlene: By delegating and making a team. Because there are problems every day. And in the end, you have to accept that there are days when you can solve some, but not all, of them.

What culinary challenges do you think Portugal should rise to?
Marlene: It’s important that Portugal has a new generation of chefs who are doing something more than Portuguese food. Portugal has always been open to the world and can't just be cod and oil. It’s much more than that. Portugal’s origins are multicultural and the Portuguese have to accept that, and perhaps they don’t yet because tourists come to Portugal looking for cod and barbecued fish. And, a lot of the time, chefs make what the tourists want...