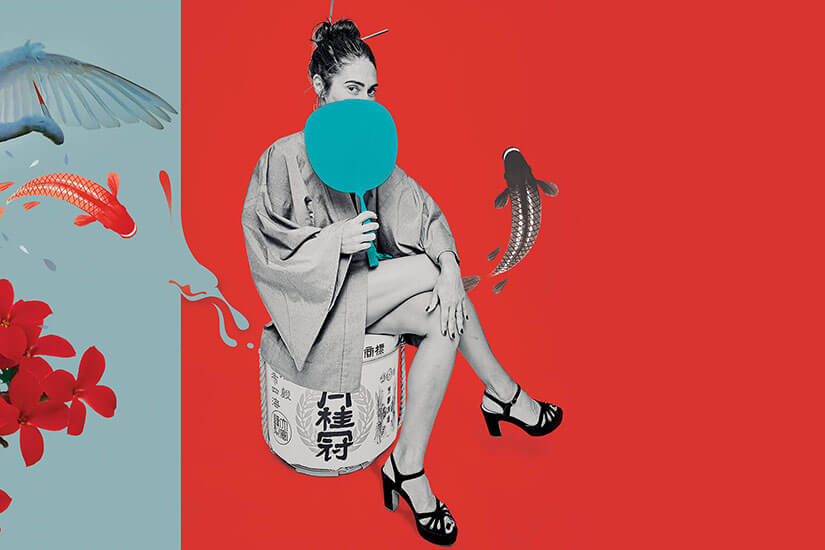 An Italian, Manuela Cavallotti, arrived in Formentera in 2001 to “spend the summer.” She was only 19 years old, a psychology student who wanted to make the most of her holidays before returning to university. “It was only two months, but it was the best summer of my life,” she recalls. What she did not know then was that that summer would mark a milestone in her life, and that from then onwards, she would always feel an irresistible desire to return. Something had changed forever. She went back to studying and working in the catering industry in Milan. Then, when her course ended, she received a call from the owner of a restaurant in Formentera, offering her a post as manager, an offer she did not hesitate to accept. Four years ago, Manuela decided to set up her own business on the island. She opened Japoneria Bufambo, a charming Japanese restaurant, where she combined her two great passions: catering and nutrition—but without abandoning her other great love: sport.

How did your venture as an entrepreneur begin?
I once spent a winter in Mexico, and was closely involved with the work in the kitchen, whereas previously I had always worked more in the dining room. There, I opened a beach bar with some friends and we did a little of everything: from the shopping to the cooking. Although I’d finished my psychology course, I was certain that I wanted a career in the catering industry. Mexico changed what I expected from my work, which led me to leave the restaurant where I worked in Formentera; I had realised that it wasn’t what I wanted. Then I studied nutrition at university in Rome. After 14 years in Formentera, I took the decision to leave the island for a year and a half, and during that time I completed the nutrition course. One day, I received a call from a friend (who became my partner for a time), and he told me about Japoneria, which at that time was a clothes shop. When we decided to open the restaurant, I knew nothing about sushi, but at the same time, I felt that I knew everything, because I knew a great deal about the chemistry of foods. I knew which ingredients combined together well without having to taste them.

When we opened the restaurant, I knew nothing about sushi, but I felt that I knew everything, because I knew a great deal about the chemistry of foods

What has changed in the time you’ve been running Japoneria?
When we opened, the whole concept was more basic. We were certain that we wanted high-quality suppliers and ingredients, and we achieved that. What has developed over the years has been our creativity. We’ve reached a point where I feel we cannot progress much further, although I would actually like to take things further.

What other gastronomic projects do you have in mind?
I believe that Japoneria now has a high profile, because we have a very individual style. It’s our personal style, and I would like to replicate it elsewhere. The problem is that I don’t believe in restaurants with absentee owners. I’ve had plenty of opportunities to open more restaurants, but the best (and worst) thing about me is that I need to be completely in control—because I’m a great perfectionist. My plan is to take this as far as possible in terms of quality, service, the range of wines… I want to provide a complete gastronomic experience.

You’re such a perfectionist that you’re even a personal trainer…
I see the care of the body on a physical level, nutrition, well-being, as something very important… Sport has helped me to a great extent to cope with the stress of work. I love to support and train other people. Very often, I don’t even charge, and I even take my staff to train in the gym in the mornings. I’d like to open a small gym where people can be given plenty of attention and support. In the restaurant, I communicate a great deal through the food, and I express part of what I am, but not all—that’s why I need to be involved in nutrition, sport and catering.

In the restaurant, I communicate a great deal through the food, and I express part of what I am, but not all—that’s why I need to be involved in nutrition, sport and catering.

If you had to describe yourself in a few words, what would you say?
A perfectionist in well-being in all its senses.

What about your personal life?
I’ve been very lucky. I’ve been with my partner for seven years, although we’ve known one another for 20 years. My life was here, and he changed his so that he could start spending more and more time in Formentera. He is a really nice person, and gets on well with everyone; in the space of four years, he has opened more restaurants in Formentera than I have. But we don’t want to do everything together; he runs his restaurants and I run mine. We support one another, but we each have our own place. 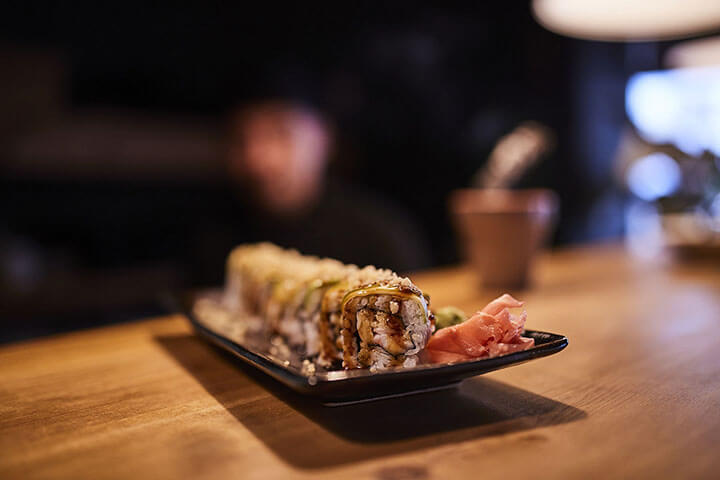 How do you handle the problem caused by the shortage of qualified professionals in Formentera?
When we wanted to recruit a sushi chef, I went and had dinner in all the sushi restaurants in Milan; in one, the chef won me over with a dish that I currently have on my menu (smoked tataki). That person is still our sushi chef today. He is Asian, and has a completely different way of thinking: he is very respectful and, for him, to fail is to show disrespect. I’ve had the same staff for four years and this, on an island like Formentera, is incredibly fortunate. I believe that generally, I’ve been very lucky in life.

What are your hopes for the next few years?
I just hope that life will continue as it is now. I hope to change things a little, in the sense that I’d like to relax a bit more, and to offer someone the same opportunity to learn this business as was once offered to me.

The people who come to Formentera know how to eat well. You cannot deceive the customer, and I think that is why there is such good quality and good service in Formentera

What do you think of the developments in gastronomy that are taking place in Ibiza and Formentera?
It’s most impressive. When I arrived here twenty years ago, there was no variety: there was only traditional island cuisine. I like to see how the traditional restaurants are also adapting, combining their own cuisine with new ingredients, putting more effort into the presentation of the dishes… Many restaurants now have chefs who have worked in Michelin-starred restaurants, whereas perhaps 10 years ago, they didn’t even know what a Michelin star was… The gastronomic culture has changed drastically. The people who come to Formentera know how to eat well. You cannot deceive the customer, and I think that is why there is such good quality and good service in Formentera. 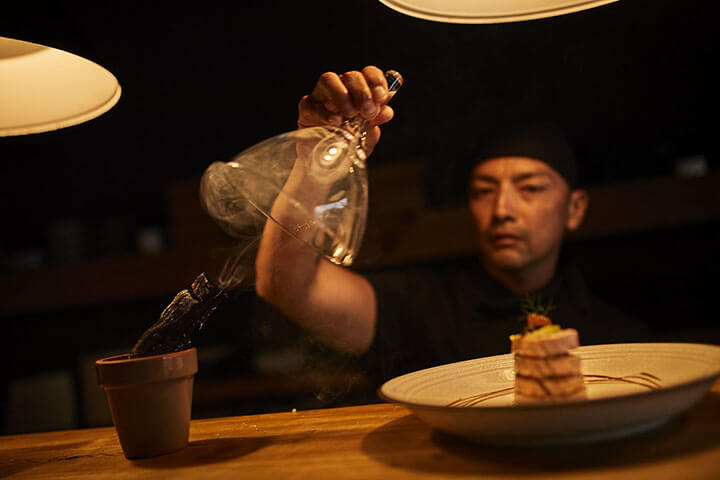