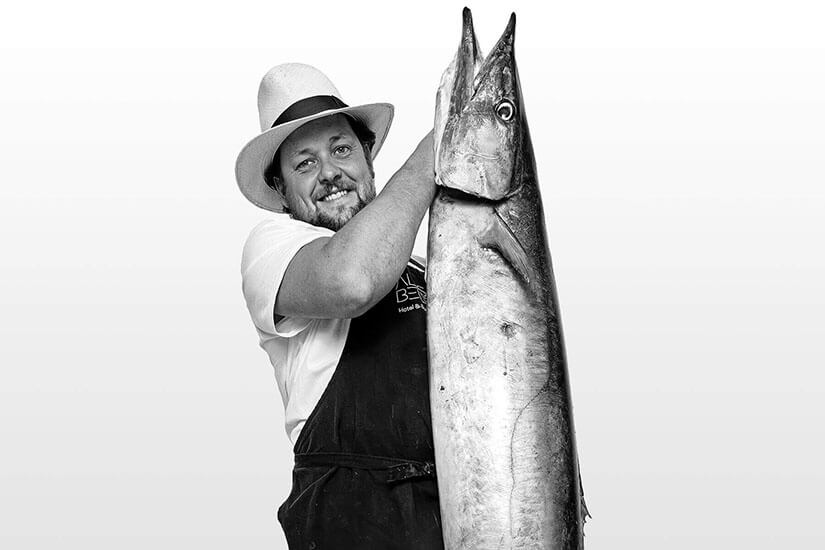 The Portuguese chef João Rodrigues attended the second Ibiza international gastronomic event ‘We Are FaceFood’, where he gave a presentation on his ‘Materia’ project.

Recently, João Rodrigues has been investigating a style of cooking based in his own kitchen. This cooking focuses on the ingredients themselves, and is rooted in Portuguese gastronomic traditions, but without being confined exclusively to them. João Rodrigues created ‘Materia’, a personal project which he has developed alongside his team at Feitoria. “Materia is an attempt to define the true identity of Portuguese cuisine; it treats the ingredients themselves as being of prime importance, and endeavours to explain (both to foreign visitors and to the Portuguese themselves) the authentic DNA of Portuguese cuisine. With ‘Materia’, we are also aiming to showcase the raw materials of Portuguese cooking that have yet to be explored,” explained Rodrigues. 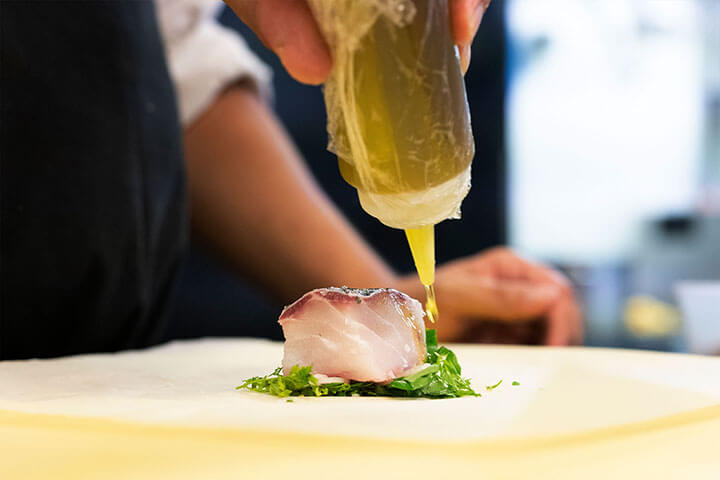 During his presentationon on the ‘We Are FaceFood Ibiza 2019’, Rodrigues also spoke of the vital triangle that exists between chefs, suppliers and ingredients. Within the framework of this project, the chef has travelled a great deal with the aim of discovering the history behind each of the raw ingredients with which he and his team work. In order to showcase the work of small local producers, he created the ‘Materia’ project website, which provides detailed information about the various ingredients and their suppliers. “The most important thing is the people. The supplier is at the heart of the ingredient”, commented the chef.

The question is how to put all this theory into practice. The chef explains how ‘Materia’ has become the essential focus of the Feitoria gastronomic project. In the restaurant, the work of his team is guided by three fundamental principles: seasonality, sustainability and creativity. On his ‘Materia’ menu for example, some of the ingredients are presented to customers to enable them to more fully appreciate the raw materials used and the process of producing the dish which they are about to enjoy.

However, João Rodrigues wants to go one step further: to transform the underlying concept of this menu into a project in which every month he will invite a chef from abroad to visit a region of the country to familiarise themselves with its local produce. This “will complete the ingredient-supplier-chef cycle.” This remarkable concept consolidates João Rodrigues’ place, not only as one of the best international chefs on the current scene, but also as a professional striving to open up new markets for all the small local suppliers he works with as part of his day-to-day routine.