Joan Costa. Sustainable cooking and a commitment to local produce 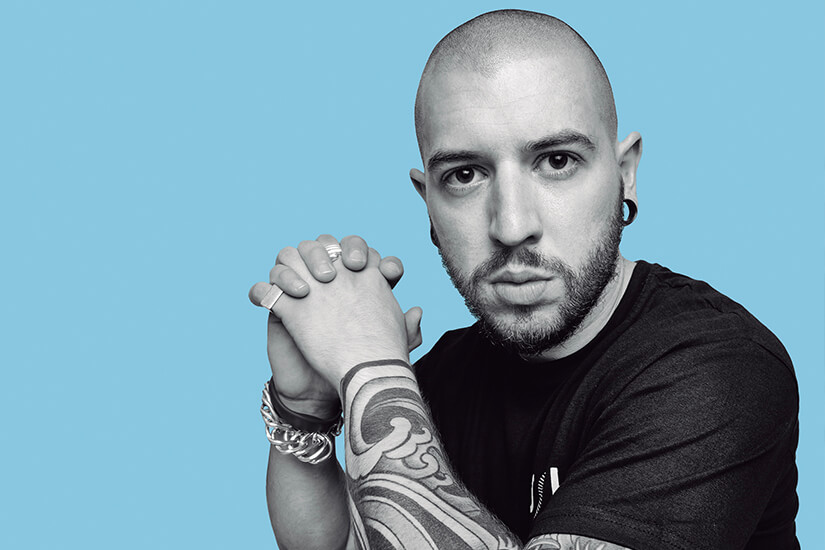 Formentera-born Joan Costa grew up in the hotel sector and is now in charge of the kitchen at Sol restaurant – his family regained control in 2018 after several years of external management – and El Sol Post (Hotel Cala Saona). He began working as a waiter at just 15 years old but quickly realised that the kitchen was the place for him. After studying at the Hoffman Culinary School in Barcelona and learning alongside eminent chefs such as Ángel León, Joan has now reached a professional maturity that can be seen in his restaurant menus. A firm commitment to local produce, sustainability and simplicity are the trademarks of his dishes.

What is the menu like at El Sol this year?
At El Sol we still remain faithful to what we stated in 2018, when we re-took the reins of the restaurant. Cooking from our roots and local produce. We’re deeply rooted in the culinary traditions of Formentera. We’re a young team and are always looking for added value to keep on growing and improving. I think that this year we can say we’re more Sol than ever. Slowly but surely, we’re settling down...

And at El Sol Post?
More or less the same. We’re focusing on a more cutting-edge line of food, fine dining-style. I believe that in terms of value for money, it’s the best restaurant on the island. This year we’re returning to our origins, like we’re doing at El Sol, although they’re different types of cuisine. Simplifying food is an international trend and I think it’s the path we should follow. 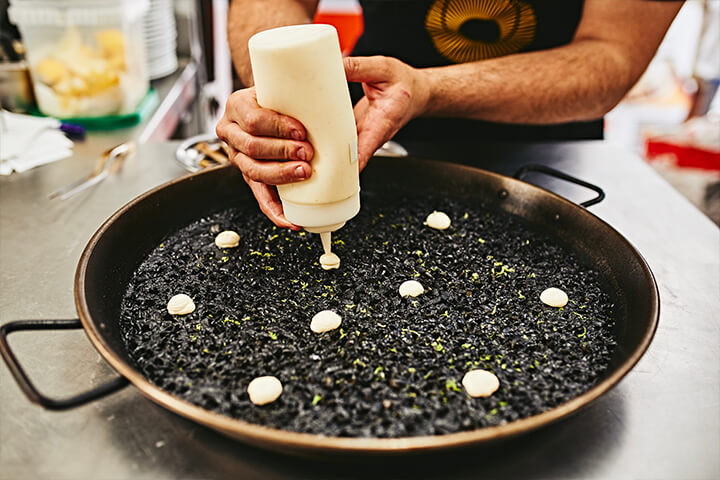 We’re returning to our origins. There’s a new trend of sustainability and revitalizing farming in Formentera...
I think that every day there are more people like Martí, de Agromartí, people who are getting organised and committing to local produce from Formentara, something that didn’t exist before. It’s really important, because without people like them, our intentions and journey wouldn’t be possible. It’s true that there are still lot of products that we can’t get in Formentera, but they’re making it possible for us to slowly take this route. We’re increasingly loyal to this idea: to a commitment to sustainability, zero-mile produce... And I believe it’s more possible than ever.

What can we do to boost sustainability and revitalize agriculture and fishing in Formentera?
We all have to be more loyal to this concept, because everyone likes to talk about zero-mile produce, sustainability, etc. But then you see people buying from everywhere except local producers. Lots of people say: “I buy tomatoes from elsewhere and they cost 80 cents a kilo, and here they cost €1.60.” But there’s a reason. There are lots of things that shouldn’t be overlooked. The main problem we have in Formentera is water. And products from here are priced the way they are because of the work behind them, not because they’re from Formentera. Obviously, in business, we all want the maximum profit possible, but I think you need to have some criteria and be something more than numbers. If we only worked for profit, I wouldn’t have chosen the hospitality industry. We need more unity and to all be on the same page.

In Formentera we have a problem with water. Products from here are priced the way they are because of the work behind them, not because they’re from Formentera

How do you work with local producers?
I try to work with local producers as much as possible. Firstly, to cover my back: if I only work with one, the day that person isn’t available, I’m lost. And secondly, because I prefer working with people from here, with people we have a relationship with and see every day, not with an outside company that comes two months a year to bill you and little else, however good their prices. We’re a small island, we all know each other, and I prefer to support people from here and produce from here. A big part of our achievement is down to the good work of these people.

What local products from Formentera would you highlight?
Fish, obviously. I believe we have a really good standard of fish and seafood. The prawns, for example, are easily as good as those from other zones. We’re also achieving really high quality vegetables. Before, only potatoes were grown in Formentera and not much else. Now we have a very competitive vegetable market. We’re taking giant steps. 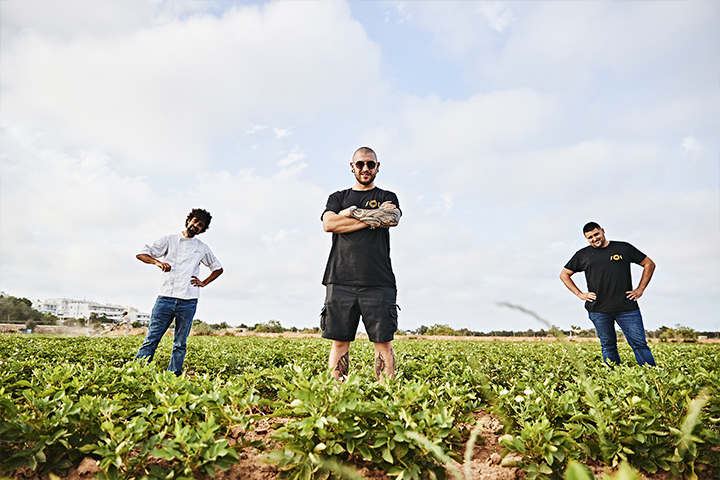 How do you organise yourself all year round so you’re always well stocked?
I live stuck to the phone 24-hours a day. I’m in constant communication with suppliers and with Alberto, head chef at El Sol, who tells me what he needs, and I respond by doing everything I can to get it. Constant communication is the only way to achieve it.

How do you see the future of food on Formentera?
Changing radically. I think that very strong characters are coming, like Nandu Jubany, Casa Pacha...  I think that, now more than ever, it’s a case of renew or die. Anyone who doesn’t catch up will get left behind.

I think that, now more than ever, it’s a case of renew or die

Where do you think food on Formentera is headed, in your opinion?
In my opinion, the trend is simplifying food and returning to our origins. I believe that haute cuisine is virtually doomed. Anyone who wants haute cuisine heads straight to a two or three Michelin-star restaurant, they won’t come to find it in the Pityusic Islands. I think that now we should aim for humility and respect for the product because that’s what people want.