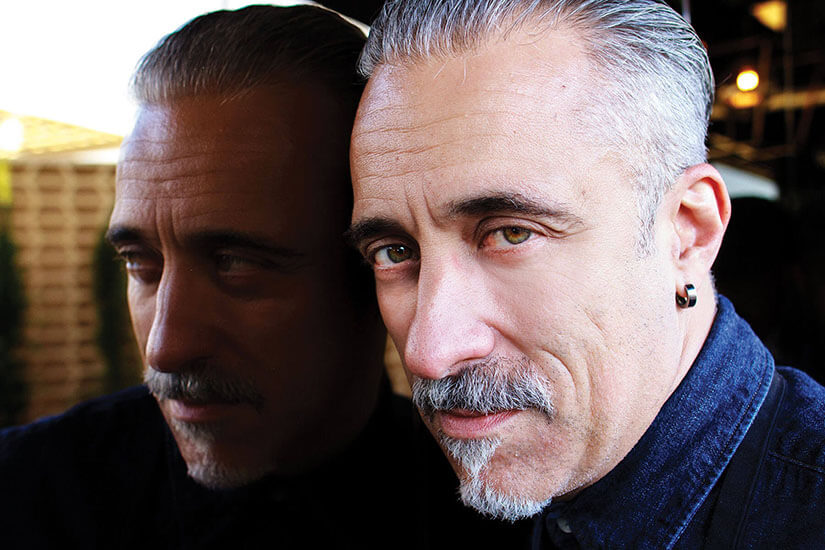 Sergi Arola (Barcelona, 1968), a disciple of Ferran Adrià, has become one of the most internationally renowned and media friendly Spanish chefs. This chef, who has two Michelin stars for the restaurant which bears his name in Madrid´s Calle Zurbano, landed in Ibiza in 2014 with the launch of Vi Cool. Since then, tourists and residents alike can enjoy his chilled out style of cuisine, based on the concept of tapas and dishes to share. For its location, the terrace of the five-star hotel Aguas de Ibiza in Santa Eulalia del Rio was chosen.

And so Ibiza joined the ranks of the numerous global destinations which can boast a gastronomic space bearing the unmistakable hallmark of this prestigious Catalan chef.

We begin the interview with Sergi Arola

What´s the experience of Vi Cool in Ibiza been like?
Well, I guess it’s turning out well because we’re about to start our third season.

Do you have any plans to open another restaurant on the island?
Not at the moment. And anyway, in the case that we did, we would do it hand in hand with our current partners, the Torres family, so it would be together with them and dependent on them …

Are you thinking of following in the footsteps of Adrià and doing something similar to Heart or something more experimental like Paco Roncero´s Sublimotion?
No, I think everyone has their own style. All we aim to do is to offer good food at reasonable prices to everyone, both to visitors to the island and also to the people of Ibiza themselves, albeit in a privileged setting.

To be one of the most media friendly chefs in Spain it take its toll. I’m more aware of that all the time

Top chefs are opting to open businesses here. Is the gastronomy of the island gaining in prestige?
No, it´s just that Ibiza is one of the great landmarks, one of the top international destinations. Its very common for chefs, especially international ones, to set their sights on the island when starting new projects.

How much time do you spend in Ibiza? Did you use to come here before opening the restaurant?
I’d been once or twice, but I admit not that often, because I don’t have much time for holidays. My professional situation and my commitments mean that I have to dedicate myself exclusively to my work.

When you started out in the world of cooking did you ever imagine you’d get to the level you’ve reached now?
No, obviously not. Not me or any other ordinary person could imagine it. Unless they were psychic or an actor in Game of Thrones … 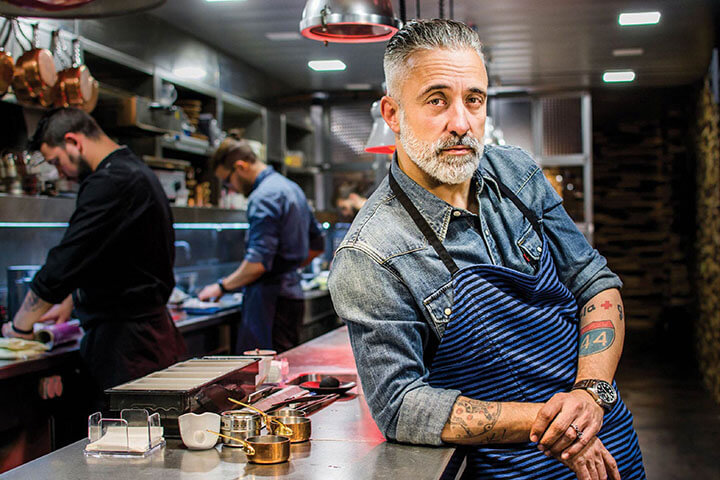 Sergi Arola inside the kitchen of Vi Cool Restaurant© Agus

You’re probably one of the most media friendly chefs in Spain. Is that aspect of your work indispensable for business or does it sometimes take its toll?
It takes its toll. I’m more aware of that all the time. You can become a renowned chef, have an impeccable reputation and an established career, without being in the media, especially if you become involved in the media for reasons that have nothing to do with your profession.

Do you have time for your other great passion, music?
Less and less, and that’s something that I’m unhappy about.

If you had to choose, which would you choose: music or cooking?
If I had to choose … between being a mediocre musician or a chef, I’d choose to be a chef without doubt. If you gave me the choice between being a rock musician with a top reputation, at a high level, like the Aerosmith guitarist … if I were as well known as a musician as a chef, then it’d be a bit more of a difficult to choice.

Any chef with a restaurant of his own, which he manages himsef, is above all a businessman

What other hobbies does Sergi Arola have when he’s not working?
Going out on my motorbike with my friends. That´s another thing I don’t have time for.. unfortunately I have less and less time for any of my hobbies thanks to being caught up in this whirlwind of commitments, planning menus, changing menus, changing the a la carte … it all leaves me very little time for myself.

Which Ibizan produce would you choose to create a dish inspired by the island?
I would include something from the sea, of course, and I would go to some small artisan oil producer for example, a small producer of cheese or of any local product. It wouldn’t have to be anything particularly expensive or prestigious.

Speaking of inspiration, where do you find yours?
Inspiration is everywhere. All you have to do is find it. And as Picasso said, “If it’s possible, let it catch you when you’re working…”