Gian Paolo Turci, one of the most successful entrepreneurs in Formentera 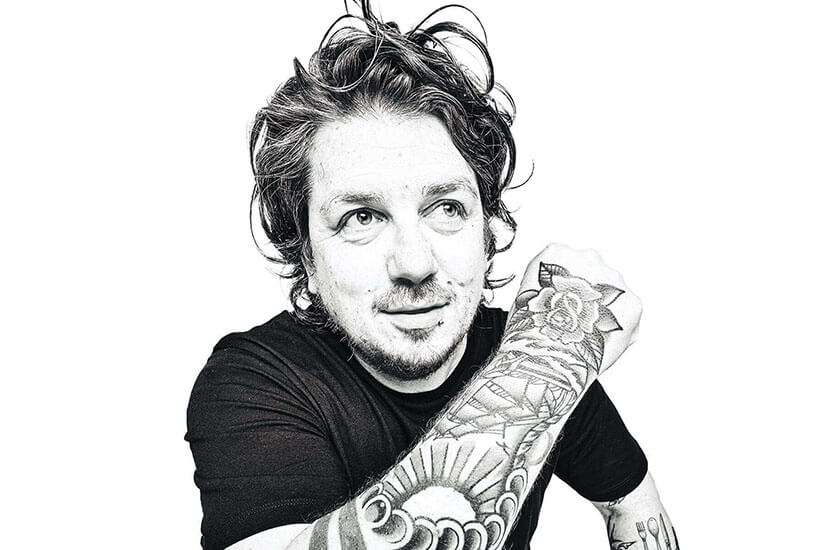 He is 42 years old, and he counts the time he has spent on the island in holiday seasons. He is now up to seventeen. Gian Paolo Turci arrived in Formentera “by accident, when I couldn’t even point it out on a map.” A friend had invited him, and in no time he had fallen in love with the island. It was the first chapter in a story of challenges overcome, hard work and perseverance which led to the Italian becoming one of the most successful entrepreneurs in Formentera. Loyal, hardworking and a perfectionist, Turci is currently a partner in a group of businesses that includes several restaurants (Casanita, Casadela and Bocasalina are among the most prominent), and a disco. He says that the island was very different when he first arrived, but as he explains, “Formentera has not changed for the worse: it has simply adapted to the times and, in many respects, improved.”

Why did you choose the restaurant business?
To tell you the truth, I started off with a bar, and found that everyone was asking me where they could go to eat. I love eating. I’m from Emilia-Romagna, a small region in Italy with a great gastronomic tradition. Then I decided to start up a small restaurant. I started 13 years ago with Casa Anita. It was a success then, and it still is today. Then I fell in love, I got married, had children… everything changed, and I started to enjoy working in the restaurant business much more than the nightclub sector. It is very rewarding. I still have a disco in Formentera, but my real love is cooking. It began as a necessity, and went on to become a passion.

It began as a necessity, and went on to become a passion

What came after Casa Anita?
I’ve done lots of things since. I’ve started up a large number of businesses, and I’ve sold many of them too. I didn’t have much money, so when something worked well, I sold it off to buy something better. I set up a restaurant called Mediterráneo, in the port of La Savina. At the same time, a partner and I opened what is now Ca Na Pepa. I spent a couple of years in both, and then I got the chance to do something different… I had spent time looking for somewhere with a view of the sea, which is the dream of so many people, and as I didn’t have much money, I decided to sell those two restaurants so that I could take on this new project. At the same time, the bar I had set up began to flourish, and some friends and I decided to open a disco. After that, everything happened really fast. Then I opened a place called Bufambo in San Francisco; it was an organic, zero miles restaurant, but in Formentera seven years ago, that was not an easy thing to do. After three years, I dropped that idea in favour of Casa Adela, following virtually the same formula as with Casa Anita, but this time in San Francisco; then, the chance arose to help with the People, which is a really cool place.

You are an extremely versatile entrepreneur…
Along with my wife (Elena Lunardini). She is always there with me, she supports me in everything, and her presence is crucial for me. She is the one who attends to the décor and the finer details of the restaurants. Sometimes, people think I work so hard out of greed, for the money, but this is my passion, and so for me it’s a total pleasure.

Sometimes, people think I work so hard out of greed, for the money, but this is my passion, and so for me it’s a total pleasure

What is the common thread that runs between all your projects?
I’ve done many different things. I went from running bars and discos to the restaurant business… In fact, with the restaurants I didn’t want there to be a common thread: I tried to introduce variety. Each restaurant has a different concept, but there is always the same standard of quality.

How do you address the problem of the shortage of qualified workers on the island? Where does your team come from?
Staffing is a huge problem here, but I’ve been tremendously lucky. My team has grown with me over 17 seasons. Nacho has been with me for 14 years, and there are people who started with me and are now partners of mine. We are a team, and that is a key factor. In recent years, I’ve been taking on younger people. When they arrive, I can see that they’re really keen to learn… I also bring in a lot of people from outside, but fortunately, the employees and partners I have account for 50% of our success. I have all this because we are a team—I couldn’t have achieved this on my own. 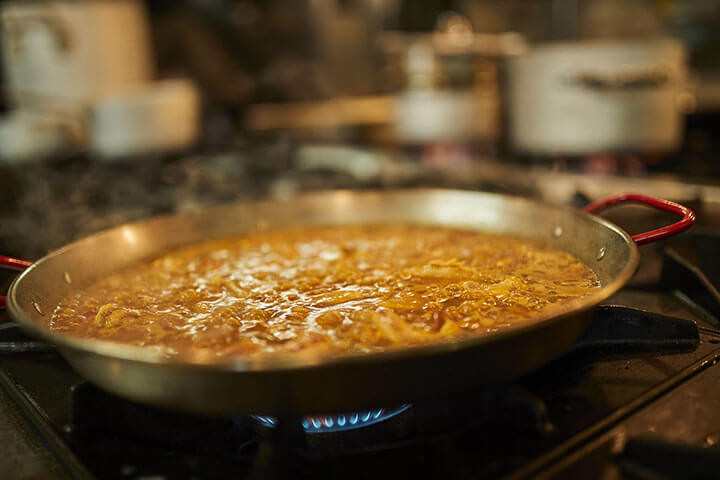 What is the Formentera’s biggest problem?
The scarcity of staff and also the food itself. It has been hard to get this far, and we don’t have the variety of ingredients that are available in mainland Spain. What gives added value to a restaurant here is how you prepare the ingredients, or the standard of service, because almost all of us have to work with the same produce.

What gives added value to a restaurant here is how you prepare the ingredients, or the standard of service, because almost all of us have to work with the same produce

If you had to select a favourite dish from each of your restaurants, which would you choose?
From Bocasalina, the paella. We make a paella with an Italian twist (it’s a bit milder than the typical paella). From Casa Anita, the oven-baked fish: that draws the customers. From Casa Adela, the home-made pasta, because I come from a region where pasta is what we eat every day: we’re almost made of pasta.

And what about future projects?
Every year I say, “No more; that’s enough!” But I’ve just opened two more places… I’m very pleased with what I’ve achieved bit by bit, and I’d like to go on enjoying it. I also want to spend more time with my family, because in recent years, with working to achieve all this, that hasn’t always been possible.

If you had to describe yourself in one word, what would it be?
I believe that what characterises me the most is my perseverance. I always like to be in charge of everything, not because I don’t trust others, but simply because I like it. And when I set my mind on a project, I don’t stop until I’ve achieved success. When I arrived here, I didn’t have money—but what I did have was the will to work.

Which of your achievements do you feel the most proud of?
Bocasalina. I’m also very proud of the disco, although it’s not really what I’m about. But I’m proud of it as a business venture. I felt pride in Bocasalina because I did something I enjoyed, and I built it up gradually. We’ve worked hard to get to where we are now. 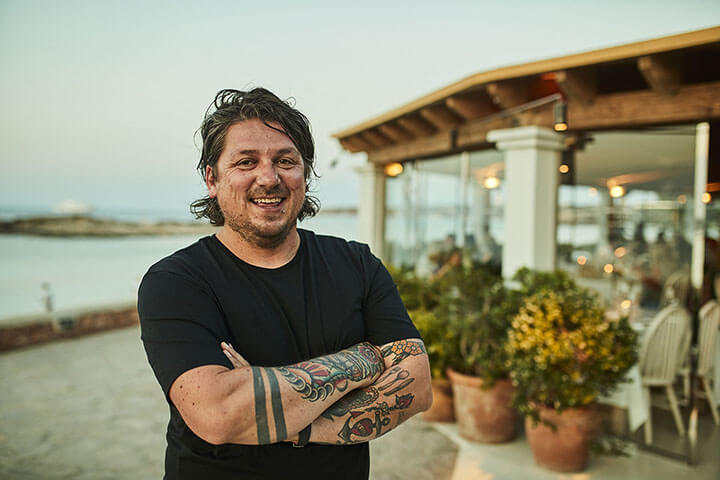