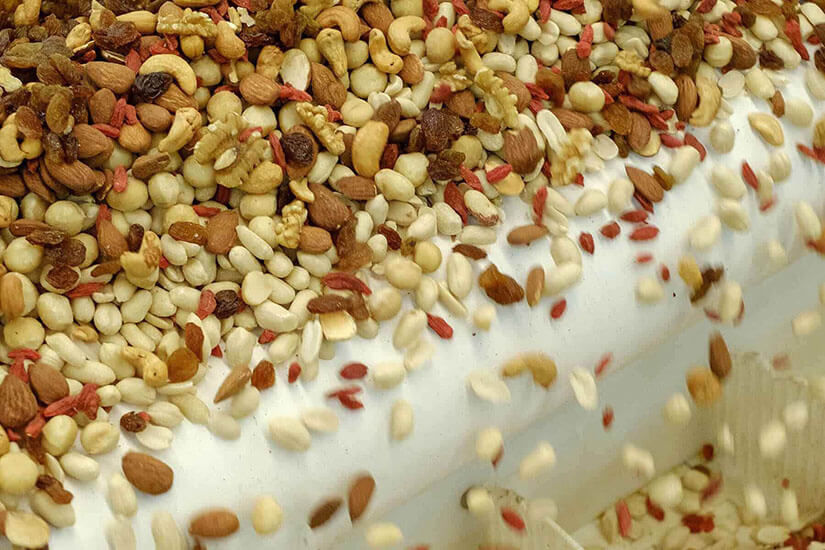 Frutos Secos Ibiza has had to adapt to many changes during its 40 years in business. Perhaps it is exactly that, its capacity to adapt, which has been the key to success for this business set up in tiny premises in San Rafael (Ibiza) back in 1978. “We started off toasting almonds with an infra-red toaster that we’d made ourselves,” Vicente Madrid, the man behind the business, recalls—not without a hint of nostalgia.

Forty years of work can achieve a lot. If you don’t believe it, ask Vicente Madrid: “My wife insisted that I ought to write a book, and I even treated myself to a blank exercise book so that I could start,” jokes the founder of Frutos Secos Ibiza. His story is that of a young man who began working in his father’s bar, and after they had both realised just how many almond trees there were growing in Ibiza at that time, they decided to try their luck toasting almonds to distribute around the island’s bars. Their idea was well received, and so they focused on developing it, by working and growing the business bit by bit. In 1988 they built a larger unit, and then began to import raw materials from outside the island, in order to broaden their product range. 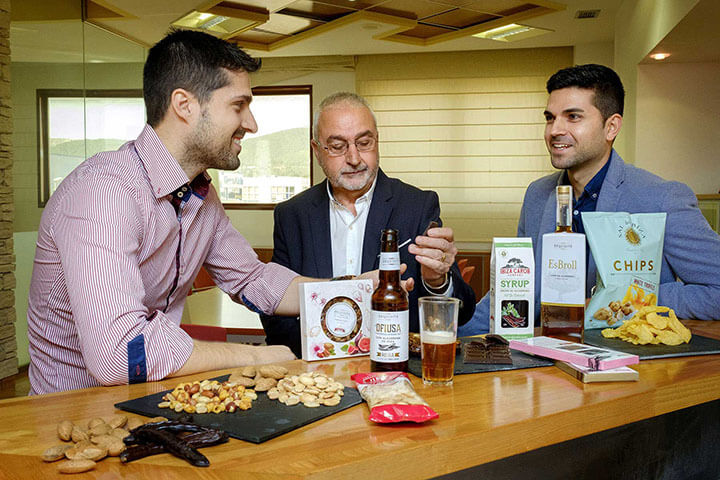 Frutos Secos Ibiza’s present factory opened in 2000, and is located in the Montecristo industrial estate. “There’s no secret to sustaining a business for forty years: it’s a matter of work and more work,” explains Vicente Madrid. He currently manages the company with the support of two of his children, Vicente and Saúl, along with Miguel Pérez, who began working at Frutos Secos Ibiza when he was only 16 years old, and who now is regarded almost as a member of the family.

Crisps, turrón (nougat), jelly mini cups, doughnuts, breadsticks, chocolates and, of course, nuts are just some of the products in the range produced by Frutos Secos Ibiza, although in the past few years, they have increasingly concentrated on using local raw ingredients, almonds, and one of their latest additions, carob.

There’s no secret to sustaining a business for forty years: it’s a matter of work and more work

Chocolates, beer, flour, liqueurs, syrups… These are just a few of the products manufactured by Frutos Secos Ibiza from this characteristic fruit from the island of Ibiza. Only a few months after launching carob syrup onto the market, it is already being described as one of their star products: “Lots of companies both in Spain and abroad have shown an interest in it.” And with good reason: carob contains natural sugars (fructose, glucose and sucrose), vitamins, minerals such as iron, calcium, zinc, potassium, silicon, phosphorus, and is also very rich in antioxidants. All this makes carob an excellent raw ingredient on which to base a whole range of healthy products to substitute for other less healthy foods that form a regular part of our diet, for example, soluble cocoa. Saúl Madrid explains that “carob flour is an ideal sweetener for milk or coffee, as it contains no added sugars, making it a perfect food for young children.” As for the syrup, Saúl tells us that “it is being very well received by cooks, both on the island and beyond, as they see it as an ideal raw ingredient for making all sorts of cakes and sweets, in addition to other culinary uses, such as dressings for salads and roast meats.” 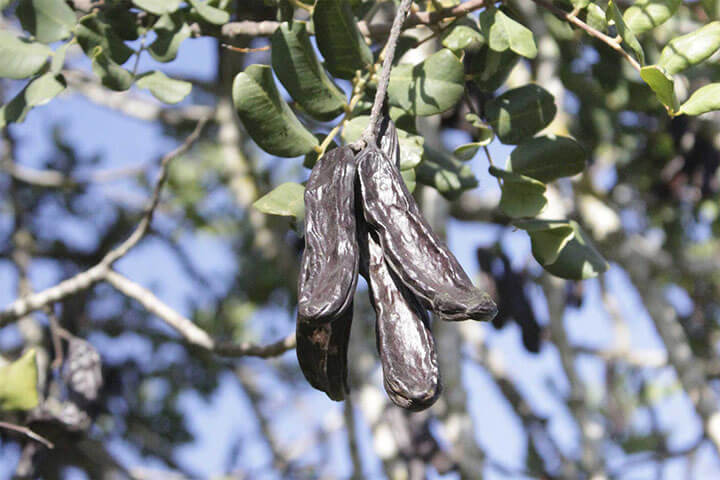 The only problem facing the product is the reluctance of so many islanders, who still associate carob with the periods of famine that occurred during the post-war period, when they were forced to eat it due to the food shortages suffered by the island. Historically, carob has also been used as an animal foodstuff on Ibizan farms. Then, it was used straight from the soil. One of the greatest challenges currently facing Frutos Secos Ibiza is rekindling the interest of farmers in growing carob, and encouraging them to harvest it straight from the tree. “The price of carob has risen over the last three or four years,” according to Vicente (junior) and Saúl Madrid, who add, “There is still a great deal of work to be done; here on Ibiza people need to become aware of the great benefits that derive from this food, so that we can break the prejudice against it once and for all. Beyond our borders (in countries like Australia), carob is a highly valued food. There, they know that frequent consumption of carob brings significant health benefits.”

In countries like Australia, carob is a highly valued food. There, they know that frequent consumption of carob brings significant health benefits

Since 2008, when Saúl and Vicente officially joined the family business alongside their father, Frutos Secos Ibiza has had to adapt to a new reality, one which combines work and family life. Vicente’s third child, David, is currently at university, and considering joining the business to bring in his own younger, fresher ideas. To the question of how they work together as a family, father and sons alike respond readily: “we’ve never had any problems.” The ease with which father and sons have adapted to working as a team has much to do with the management style that characterises the company. The employees themselves say that they feel at home at Frutos Secos Ibiza. “Everyone’s opinion is valued,” explains the company’s founder, “and this makes everyone feel that they are part of the Frutos Secos Ibiza family, which now numbers over forty people.”

“Vicente, the father, is the one in charge of the company. His staff say of him that he is equally determined in his working life and at home. They describe Saúl as a fine example of motivation and positivity, and Vicente (junior) as an exceptionally enthusiastic, happy and friendly person. Miguel Pérez’s long career at Frutos Secos Ibiza has made him the company’s “all-terrain vehicle.” He is spontaneous and energetic, and although his role is that of sales manager, he is never afraid to get his hands dirty by helping out with any aspect of production. The entire management shares features in common, including their treatment of the staff and their companionship. Among the workforce at Frutos Secos Ibiza, the majority of the employees have been with the company for a long time; many of them have worked here for 10, 20 or even 30 years or more—unequivocal proof that Frutos Secos Ibiza is more like a big family than a company. 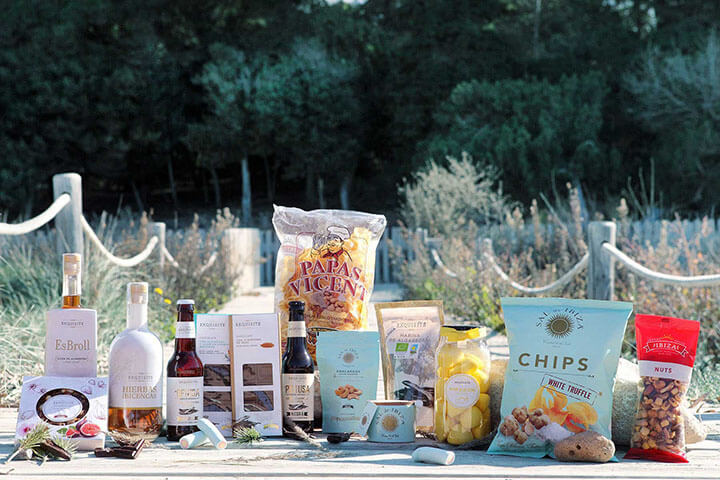