The finest tuna in the world bears the Balfegó name 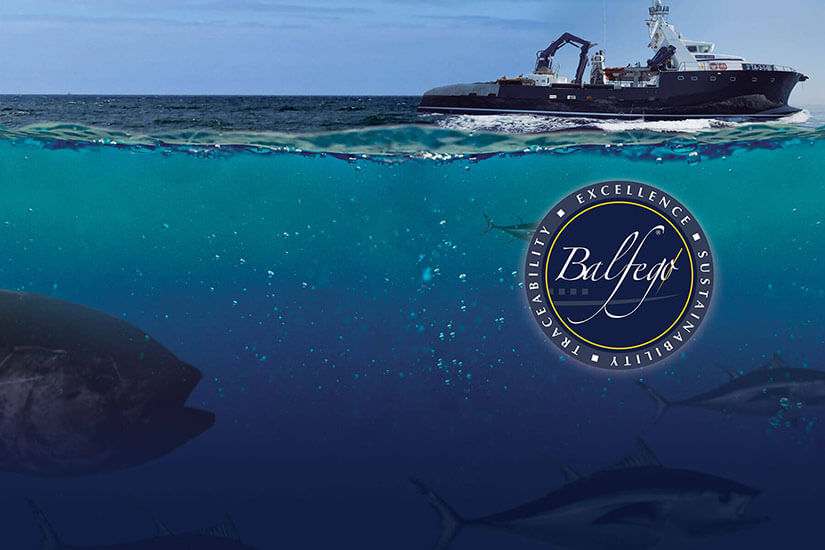 The Tarragona company L’Ametlla de Mar is a world leader in the capture, study and sale of this prized fish, thanks to its cutting-edge techniques in capturing, caring for and monitoring specimens. The company slaughters its tuna to order, which explains why its fish is always at the peak of freshness, regardless of the time of year.

Ever since brothers Vincent and Pere Balfegó set up the company that bears their name in the 1980s, their business has continued to grow and reinvent itself to the point where it has now become a worldwide benchmark in the bluefin tuna business — a claim borne out when we discover that the tuna it produces finds its way into restaurant kitchens in over 30 countries all over the world.

The finest bluefin tuna on the market

This claim may well seem exaggerated, but if we take into account the journey of bluefin tuna bearing the Balfegó brand from being caught in the open sea until its firm, red flesh arrives on our plates, we can see the justification for such a sweeping statement.

Balfegó boats set to work between the months of May and June, and their catch targets adult specimens weighing around 150 kilos. Their fishing system is single species, and aims to capture adult tuna, to guarantee at least 6 years of breeding, something that makes Balfegó the most sustainable company in the marketplace. These mighty fish are captured alive and immediately taken to swimming pools where they are nurtured for a period varying between a year and eighteen months.  During this time, they are fed on what would be their natural diet: mackerel, horse mackerel and other types of blue fish. When they are finally slaughtered, always to order, the age-old Japanese technique Ike Jime is used. This involves rapidly draining the blood from the fish underwater by cutting the blood vessels to avoid the meat being impaired by stress, which causes burnt tuna syndrome, or yake, as it is known in Japanese. 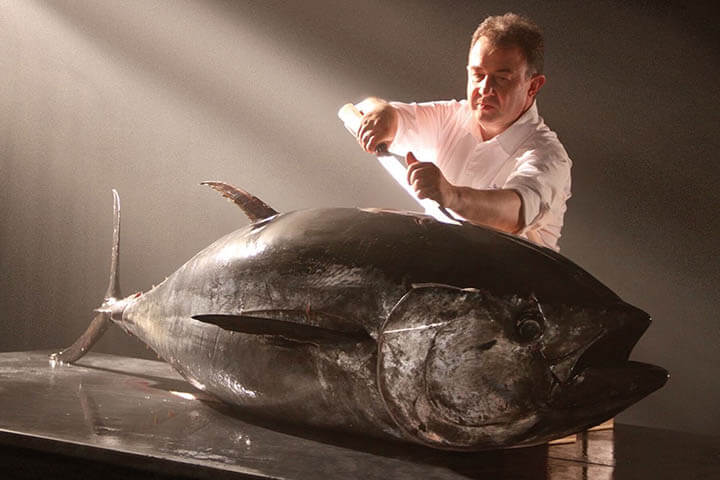 But the process does not end there. Once the tuna has been slaughtered, it is subjected to a thorough veterinary analysis to ensure that the specimen is healthy and suitable for consumption. In addition, the Tarragona company is a world pioneer in achieving a precise measurement of the fat content of its specimens, something that can be checked in the information provided in its traceability code. By means of the QR code that accompanies each of its products, and which gives information making up what amounts to an ID card for the specimen, it is possible to ascertain the date and place the tuna was captured, its fat level, weight and the date of slaughter, as well as all the microbiological and quality analyses. 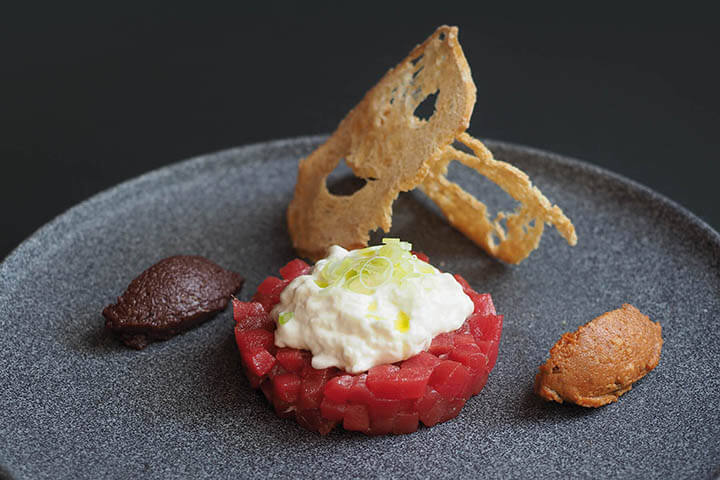 A natural health remedy and a luxury gourmet food

We never tire of highlighting the health benefits derived from eating blue fish in general, and bluefin tuna in particular. The flesh of this member of the tuna family contains a substantial amount of A-, B- and D-group vitamins, as well as minerals such as phosphorus, magnesium and selenium. It also has a high proportion of proteins and Omega-3 fatty acids. Consumption of the latter plays a crucial role in keeping cholesterol levels under control. Moreover, regular consumption of tuna has recently been linked to a reduced tendency to develop Alzheimer’s disease.

However, while the health benefits of eating bluefin tuna are all too well known, its culinary possibilities have received less attention. Because there is much more to tuna than sushi, sashimi and tartare. In fact, tuna meat is so similar to beef that it even undergoes a certain maturing process, which results in a better texture and consistency, while the flavour develops new, much improved qualities. This is something that the renowned chef Martín Berasategui is fully aware of, as he has not hesitated to become an enthusiastic ambassador for Balfegó. Another important point is that bluefin tuna is so versatile that every last part of it can be eaten, and the texture of many parts of this fish bear an unmistakeable resemblance to beef. This is true of the cheeks and the osobuco (the name given to the end part of the back, immediately in front of the tail), not to mention its immense dark vermilion loins.  Of course, they know something about this at Tunateca Balfegó, a gastronomic forum unique in the world which offers over forty recipes prepared using different parts of the tuna fish. An absolute ‘must’ for lovers of the largest member of the tuna family.