Es Mercat: “Sometimes we are a restaurant, at others a rogue tavern” 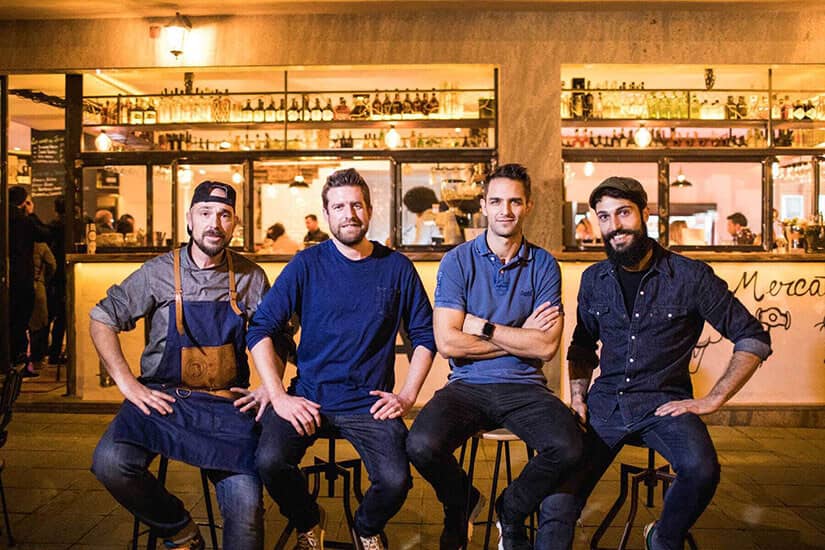 After many years working in the hospitality sector in Ibiza, Jeremías Monti and Juan Olmos missed having an affordable space to go to where they could share their gastronomic experiences every day of the year. That’s why, together with their partners Pablo and Ben, and chef Jordi Lloberol, they set up Es Mercat: a place where foodies go to enjoy an authentic culinary experience or have a beer or wine in a relaxed atmosphere.

Why Es Mercat?
Jeremías: Our initial idea was to recreate a market and, actually, during our first few days elderly ladies would come in with their shopping carts to buy fruit and fish. We wanted to sell the same fruit, vegetables, meat and fish that we used in the kitchen—and the wines, which we still sell today—as a store. But this concept only lasted the first few months. Jordi made us understand that it was not viable. The restaurant was so full that we ran out of space.

Es Mercat is always full, and has been since day one…
Jeremías: We are very lucky. I know many people on the island and that has helped a lot. Jordi, on the other hand, is a person who lives on social networks and enjoys them very much, and that also helps us attract different types of public. The renovations to the restaurant often ran into delays and there was no end in sight. So we forced ourselves to set an opening date. On our first day, we were finishing the cleaning at about seven in the afternoon, and as soon as we set up the terrace, a couple sat down and asked for two glasses of wine. We were about to tell them that we weren’t opening until dinner, but instead we decided to serve the first two Es Mercat wines. We went to serve them and the next thing we knew it was one o’clock in the morning, we didn’t stop once from then onwards.

Was such a success unexpected?
Jeremías: The day we opened, the restaurant account had a total of 50 euros. That weekend we sold more than 10 barrels of beer and had to call our supplier to deliver more. We had to close that following Monday, not only because we had run out of stock, but because we needed to reflect on what had happened. It was the dream opening, although we hadn’t planned for an ‘opening’ as such. We didn’t announce it or tell our friends about it because we wanted to gradually grow.

The day we opened, the restaurant account had a total of 50 euros. That weekend we sold more than 10 barrels of beer

What is Es Mercat’s gastronomic concept?
Jordi: We offer traditional and market cuisine, with a touch of signature cuisine. All our products use fresh ingredients and are hand-made. The only rule we have is to put a lot of love into what we do, because traditional cuisine is being lost. It is not valued, but it should be as it is the source of all cuisines.

Traditional cuisine is being lost. It is not valued, but it should be as it is the source of all cuisines 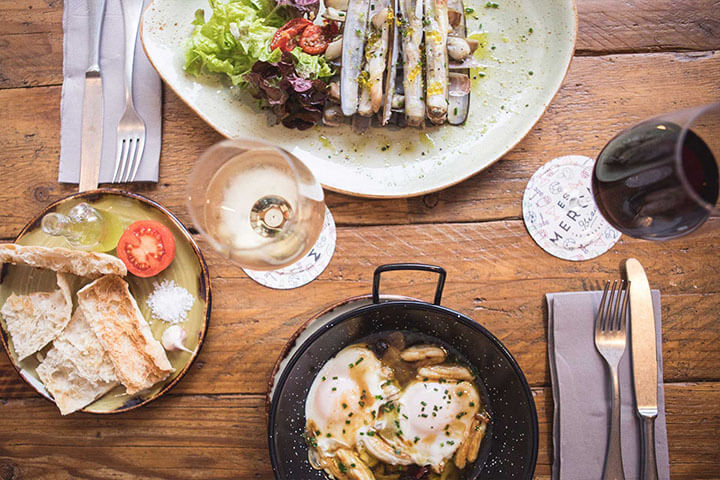 What are your other favourite ingredients?
Jordi: An unusual product on the island that I have managed to source for the menu is Iberian pork loin drawstring (a long, lean piece of meat wedged between the loin and the chops). And wedge clams, which have been very popular, despite the fact that they are only found close to Dénia and Valencia and are quite rare in Ibiza.

We are the worst entrepreneurs, because we prefer to work with low margins

What is the secret to Es Mercat’s success?
Jeremías: I think we are the worst entrepreneurs, because we prefer to work with low margins. Ibizan entrepreneurs usually work the other way around. The customer is often ignored.

Juan: Part of that success is also due to the aplomb that we have shown from the start: we equally welcome both the customer who drops in for a beer and a tapa and the diner who comes for a gastronomic experience. Sometimes we are a restaurant, at others a rogue tavern where you go to have fun. Our concept is not serving wine from the right while keeping our left hand behind our back. We want you to feel at home. I think the point here is that we started with a good idea, but we lacked a person capable of executing it. Es Mercat needed Jordi.

Our concept is not serving wine from the right while keeping our left hand behind our back. We want you to feel at home

Another thing that characterises Es Mercat is its extensive wine list. Why is it so difficult to find bars and restaurants in Ibiza with a focus on wine?
Juan: In our case, we have committed to it personally. There is a lack of professionalism in the way wine is being handled. Fortunately, some suppliers work hard to train the hotelier in providing good advice to their customers. I also believe that entrepreneurs are obsessed with their profit margins: they want to triple the price of the bottle. One of our first ideas was to sell wines at retail price and if the customer wants to drink it at our bar, we charge a corkage fee. We have very good wines at very competitive prices.

What three things are never missing in Es Mercat?
Jeremías, Juan and Jordi: Good vibes, fresh market produce and Jordi croquettes (we have already offered 20 different kinds of croquettes, many customers come for our croquettes).

What plans do you have for the near future?
Jeremías: We would like to take a step back without losing everything we have achieved, so that we can have some time to look for other projects. But, of course, we still have work to do.

Which are your favourite restaurants on the island?
Juan: I love Can Domo. For rice, S’Espartar and Es Boldadó; and also Can Limo (which is similar in style to our place: unpretentious with very carefully selected products). And in terms of a wine list, I really like Sa Vida.

Jordi: I’ll stick with Can Domo. But I choose Es Boldadó for fish and Ses Escoles for meats.

Jeremías: My favourite restaurant in Ibiza is Cas Pagés. 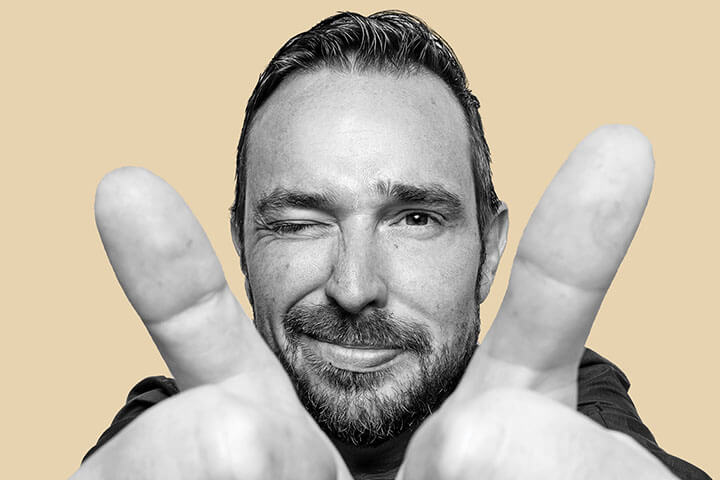