Last year, the Mesa Marcada awards for best chef and best restaurant went to João Rodrigues, who received them for the third time. At the origin of this classification was the consolidation of the project that he leads at the Feitoria, of Altis Belém hotel, in Lisbon, where he gives particular emphasis to the ingredients in a menu that he baptized as Matéria (Product). This is a broader and more ambitious work that involves other chefs and producers.

He never wanted to be a cook, never thought of cooking as a profession, had no one connected to professional cooking in the family. But after all, how is a chef born? Coming from the chemistry field where he wanted to be a marine biologist, João Rodrigues is very close to nature and especially to the sea. At home he was always fortunate to have good products because his father was a hunter and a fisherman and loved to cook. João Rodrigues emphasizes that the interest in cooking was born from the desire to be at the table and to eat "above all for that, and it was this growing passion that made me think about cooking". This in 1999, when being a cook was not a popular profession in Portugal. It was associated with the people who prepared meals, and customers weren’t really interested in what was being done from that door inside. “I think it was always like this in Portugal, and it was so at that time” he says.

"There wasn't the whole mediatic or charismatic side there is today, but there was a romantic side and I went for it."

The passion for the sea has always defined him and he was somewhat attracted by that impulse. The idea that cooks travel a lot and experience different cultures attracted the chef. He lived alone with his brothers at 17 and cooked at home, at the time living with a very romanticized idea of going to the markets to buy the ingredients without even knowing the huge world that cooking could represent. This was the incentive to go to hospitality school to enrol. It so happened that that was the last day of enrolment, so he had to decide. João seized the opportunity. He graduated in cooking and pastry at the Lisbon School of Hospitality and Tourism at the age of 21. As he took the course, he discovered what professional cooking was all about and says he found “a highly hierarchical system, a great discipline, a somewhat military ideology in what I found in school, all wearing the same uniforms and strict schedules". 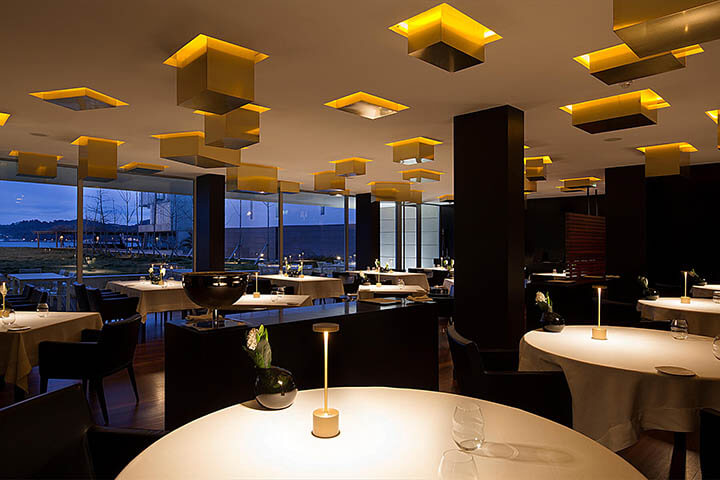 He took an internship at the Sheraton Hotel, at the Ritz Hotel, and worked at the Lisboa Plaza Hotel. He won the award for best cooking student and entered the Food Production course at Estoril Higher School of Hospitality and Tourism.

At Feitoria restaurant, it is intended for anyone who visits to feel the smell of the earth and the breeze of the sea, “we want to convey emotion and at the same time a message, each person has their own way of expressing themselves, just as in music. where we have many styles for many preferences and each one chooses what they want. People who go to Feitoria have to realize that they are in Feitoria, that is, realize that they are feeling Portugal by being inside it”, he explains. What you want is to go to the roots and that is done through a flavour DNA, that is, the typical home cooking with that special flavour. This space serves about 30 dinners per night.

“For me, cooking has to be something that expresses some of our consciousness but it obviously has to do with each one's personality”

Apart from cooking, João Rodrigues has four children, is very dedicated to the family, likes music - mainly playing and listening to Jazz, and has developed a taste for comics, much influenced by his brother. He also likes drawing, “things that I enjoy doing and things that are directly linked to creativity”, he describes. 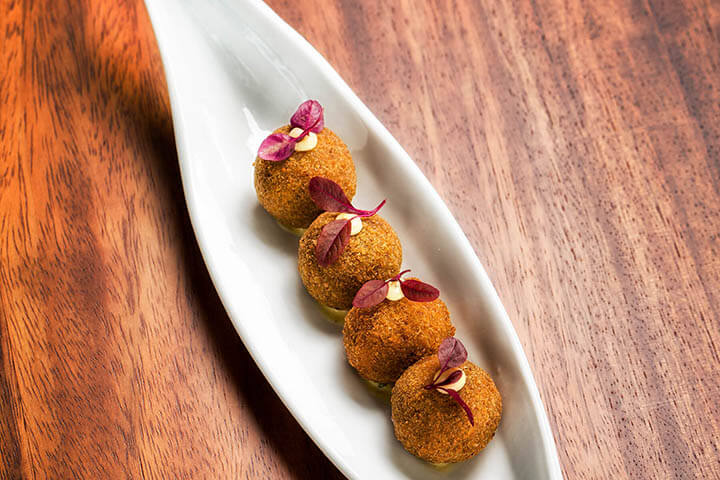 There's Matéria in the Kitchen
The idea of the Matéria project came up in 2016, as the chef of Feitoria thinks it is necessary for chefs, producers and products to come together. All those together result in Matéria, a menu, a project and a future gastronomic platform. It consists in creating a kind of network between chefs, producers and products, and the idea is to travel the whole country looking for small producers and exposing them to the industry. This will make the producer gain sustainability in the business, “because nowadays the producers are people occupying our territory and are threatened by the issues of desertification, fires, lack of young people interested in these areas, producers are true ambassadors of the region”, he explains. It's a tool where current cooks, current chefs can create knowledge for everyone to choose consciously.

Democratisation of cooking
This democratic concept has two sides, and the first is strategy and organisation that has to do with growing teams. João Rodrigues was never the kind of person who wants to be in more than one place at the same time, and the point is that nowadays, with the media explosion of cooking, it´s not possible to produce professionals for all these places, which led him to think that maybe the way to go would be training professionals, that is, to have a plan of sustained turnover and growth and then, in the long run, of career growth for the team itself.

Born at the top of the new wing of the Altis Avenida hotel, is the Rossio Gastrobar - a living room open to the city, with the imprint of chef João Rodrigues, in an informal and snacky style. It's a bar, a concept different from that of a restaurant, a bar where people can have a meal, having a much simpler service dynamic with simpler food and some traditional dishes that remind us of Feitoria.

Next year will be a struggle for continuity and successful consolidation. To do always better and, perhaps, take Feitoria beyond borders. “Getting out there with the same message we've been sending in here” is the chef’s ambition. 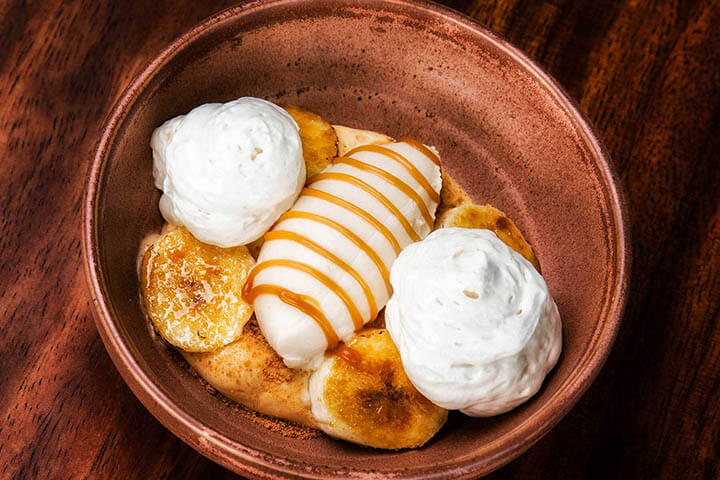