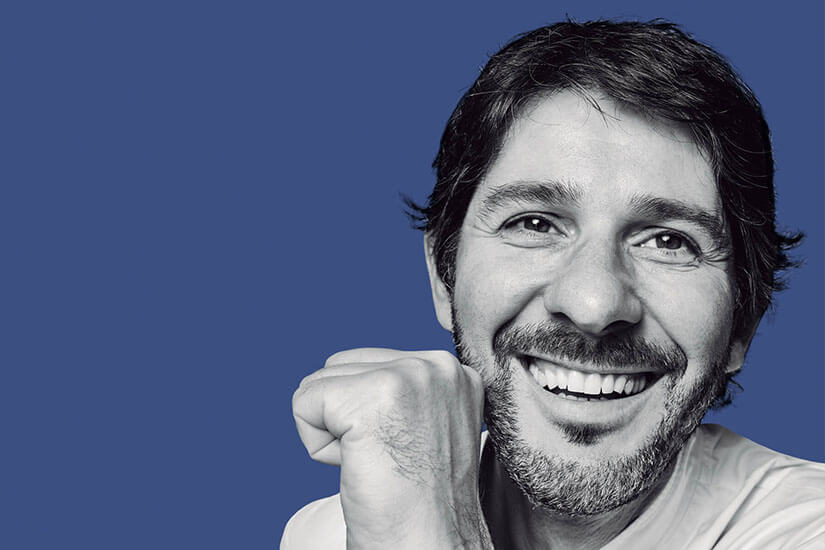 Having worked at places like Lapa Hotel, Bica do Sapato or Faz Figura, renowned chef Bertílio Gomes, of Chapitô à Mesa, tells us, first hand, the journey of a successful career that always wanted to work with Portuguese gastronomy. With new flavours, Bertílio revived a centennial house with snacks and dishes of the Algarve: the Taberna Albricoque. From the south to the capital, this space proposes new experiences at the table.

Driven by a set of values that prioritise honour through the practice of teamwork and outdoor life, Bertílio Gomes was once a scout. And what does this have to do with the kitchen? Everything, at least in his history.

He has been a scout since he was 6 years old and the experience of scouting confronted him with the need to prepare his own food, “the moment of cooking, preparing food and then the meal was a very satisfying moment”, he says. The pleasure of feeling useful, of feeling that friends liked his food and seeing them happy, made up for any effort. That was when he decided to pursue this career. At the age of 15, he took the Professional Cooking/Kitchen Assistant course.

I always drink from the cookbook, from the memories, from the roots, because that’s the Foundation, and we need that heritage we have within us

Algarve’s gastronomy and Southern cuisine have always been present in his work, for emotional reasons, going back to his origins and to his whole family from the Algarve. With a wide professional experience, this chef started by achieving first place in the Jovem Cozinheiro do Ano (Young Cook of the Year) contest, in 1998, followed by other distinctions such as the Chef de l’Avenir award by the Académie Internationale de Gastronomie. 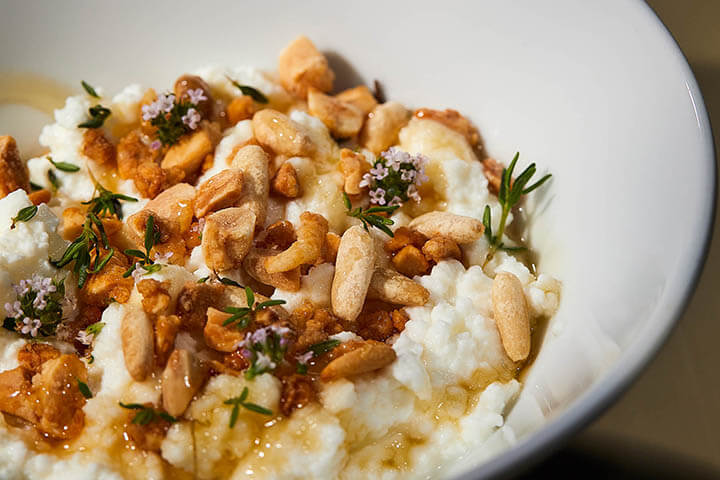 Bertílio describes his cuisine as simple, with unpretentious and democratised projects. In 2012 the chef was challenged to collaborate and be a partner of the Chapitô project. “We participate in a social project with obligations, because we cook the meals for the whole school community, for chapitô’s whole community, we also support the reinsertion of young people at risk, therefore it’s more than a catering project, it’s a social and educational project”, Bertílio proudly explains. It’s a cuisine based on the grill, on fire, snacks and salads.

Taberna Albricoque opened this year and is already the project of the moment. The chef tells us also the story of a coincidence that later had become a successful strike. When he was looking for a place for an ice cream shop – as he also owns, with his wife, a company of that speciality called Ice Gourmet (Lisbon) – something drew his attention, “I found a small space at Santa Apolónia that had just the size I was looking for and, next to it, I found the tavern, a space that impressed me with its authenticity, because it’s so preserved regarding the original elements, from the flooring to the walls or the furniture”. He was so surrendered that he started, without further delay, a concept that focused on more than cooking Southern food, choosing to give preference to Mediterranean flavours and to snacks. There one may try cockles, tuna muxama or horse mackerel tartar with algae, among a long and extensive offer. And the fact is that the restaurant ended up opening before the ice cream shop.

The first thing Bertílio Gomes did was to design a menu based on sustainability, “Mediterranean culture isn’t just about using olive oil, olives and garlic, it has a lot to do with how we eat, respecting seasonality, respecting product proximity, using a very high percentage of vegetables, legumes and cereals, fish, sea products, and only afterwards animal protein”, the chef explains. 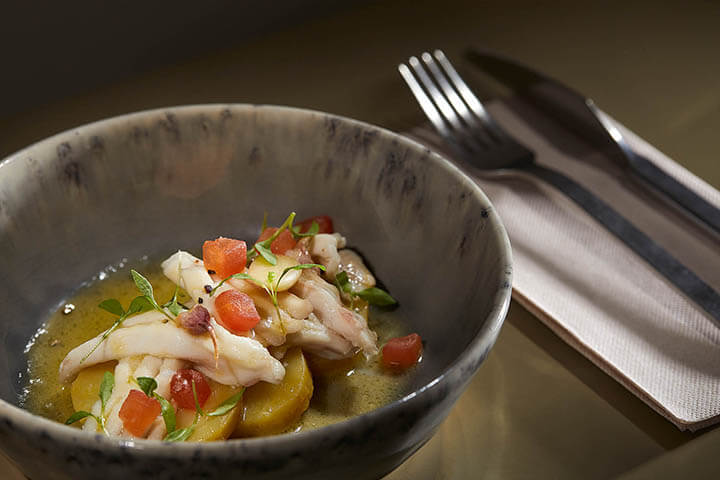 Those who visit hardly remain indifferent to the space, as Taberna Albricoque intends to be genuine. “If I have a cuisine I consider to be truthful, that works with fresh products of excellent quality, I need a place that will convey that as well”. The truthfulness is there to be seen: the stone is really marble, the stained-glass has 100 years of history and all wood is authentic; “and then, when the food arrives it’s a continuation of all that, and when one looks at the ray it’s clearly ray, not an imitation, and that’s the path I want to follow”, the chef underlines.

Another happy coincidence. The book Algarve Mediterrânico. This time it was a challenge made by a friend, Maria Manuel Valagão, who the chef truly admires. For three years, Maria, Bertílio and photographer Vasco Célio collected millenary memories and customs throughout the Algarve. It has pictures, recipes, texts, traditions, products and testimonies. “It’s very authentic, it’s a book that isn’t a gastronomy book but includes it, it’s not a photography book but includes it, it’s not a history book but has lots of it”, he remarks, noticing that the book got a 3rd place at world level.

One single product, a gastronomic revolution

According to the saying, “a burden which one chooses is not felt”. And for Bertílio innovating is not a burden. This time he thought of a concept of a cuisine focused on tradition, but above all focused on a product: rice. He already has the space, the project is approved and we can even tell you where it will be located: Alhandra. But what’s special about rice? Why bet on a cuisine with the rice as emperor? The chef explains: “Because we are the largest consumers of rice in Europe, we were the ones who brought this cereal to Europe and because it is a very rich product for which our gastronomic heritage has many recipes”. A simple but not at all easy to cook product, Bertílio highlights that those who can’t cook rice can’t cook, as it requires much sensitivity. The raw-material will dictate a variety of dishes for all preferences, which will also serve vegetarianism lovers. 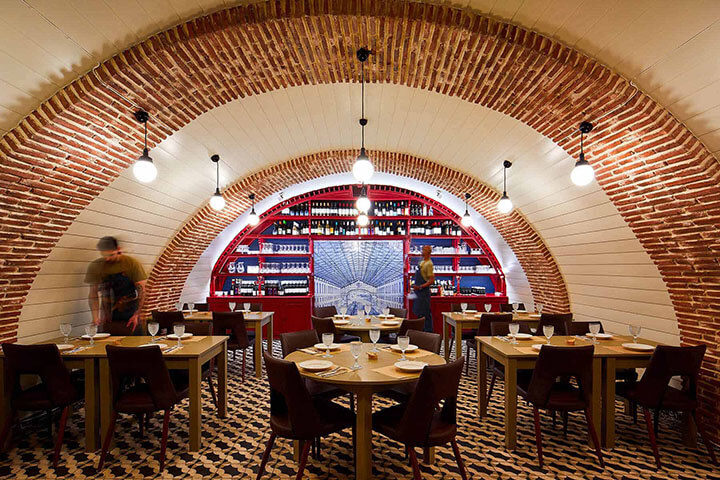