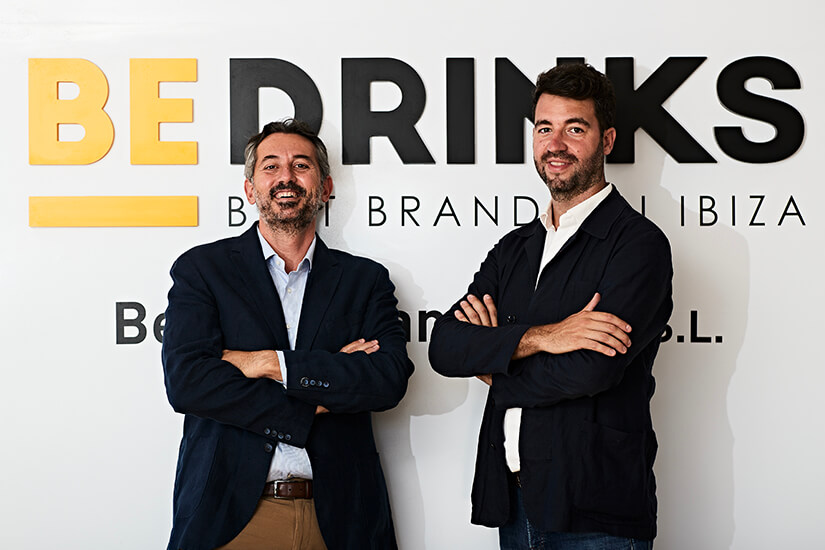 A mere five years after it was formed, the drinks distribution company with its headquarters in Ibiza has grown to become one of the strongest distributors in the Pitiusas Islands. The constant updating of its already impressive catalogue, the expansion of its facilities in order to provide a better service to Formentera, and the way it has successfully adapted to the new market conditions are the basis of BEdrinks’ plans for what we are confident will be the first year of recovery following the pandemic.

The Ibiza-based company BEdrinks (one of the most important distribution companies in the catering sector for spirits, wines, beers and soft drinks in Ibiza and Formentera) is looking forward to the 2021 season with great optimism and commitment, because this will be the year when things begin to get back to normal after the period of immense instability and uncertainty brought about by the pandemic. 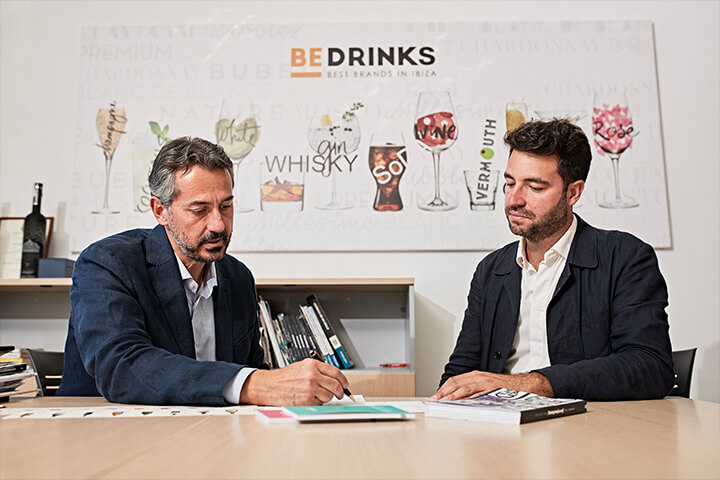 However, Javier Marín and Toni Gila (General Manager and Marketing Manager/ Product Specialist respectively), are fully conscious of the changes produced in society as a direct consequence of the fight against the virus. These include the social distancing that we have all become used to during this period — something the company sees as a unique opportunity to transform the relationship between company and customer by introducing digitalisation, and with it, greater sustainability, thanks to reductions in the amount of travel undertaken and in the use of other consumables. Bedrinks has improved the training for its marketing team, thus strengthening its ability to generate sales based on consultation.

A new centre in Formentera

The changes implemented by the company following the disastrous situation faced by our economy last year have not stopped there, however. The distributor’s managers, demonstrating massive confidence in the future, have expanded the company’s facilities by opening a new depot in Formentera, specifically in Sant Ferrán. This will be staffed by workers from the island itself, and promises to appreciably improve service to customers there, as it can provide immediate availability of goods as well as a day-to-day, ongoing service. 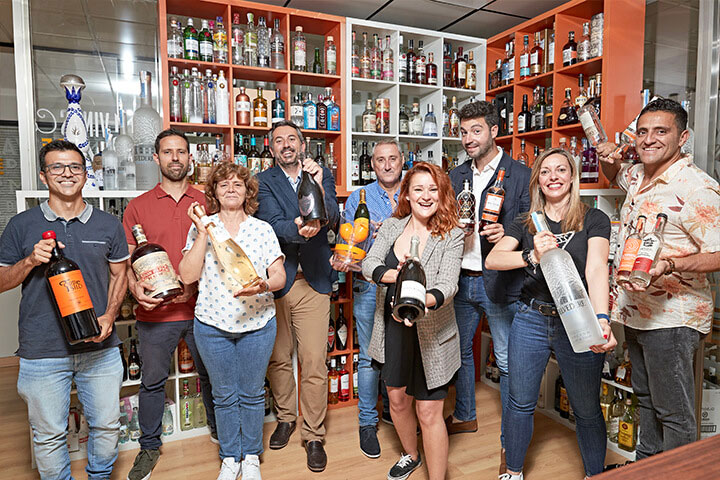 A history of success

BEdrinks was founded in 2016 with one clear aim: to become a leader in the distribution of drinks to the catering sector in Ibiza and Formentera. This seems to be already in sight only five years after the company was launched, as currently BEdrinks now employs a large workforce, distributes over 3,000 products, and has the most comprehensive portfolio offering every category of drinks produced on Ibiza. Every year, a staggering total of 2,5000,000 of cases pass through the 9,000 m2 depot; this gives an idea of the huge volume of business handled by BEdrinks, and the dominant position held by this Ibiza-based distributor in the Ibiza and Formentera catering sector.

Success, however, does not come by itself: it has to be worked for. This seems to be the line followed firmly by the BEdrinks management which, over the last five years, has never tired in its efforts to expand its remarkable and varied catalogue of products. Just this year, the Ibiza-based company became the official distributor for Bacardí and its entire range of brands. Moreover, in view of growing demand from the market, BEdrinks has considerably expanded its catalogue of agave-derived products (mezcal, tequila, raicilla, sotol, etc.), in response to the clear and increasing demand for this type of distillate. A similar trend appears to be occurring in relation to non-alcohol distillates - something which the company has particularly focused on while identifying brands for distribution.

As far as drinks are concerned, BEdrinks boasts an extensive catalogue of the principal Spanish Appellation of Origin products, a category that has recently grown with the inclusion of the prestigious French winery, Maison  Château d’Esclans, and its outstanding wines (Whispering Angel, Rock Angel, Garrus, etc.). Without question, though, the jewel in the crown of the company’s portfolio is Moët-HEnnessy (Moët&Chandon, Veuve Clicquout, Ruinart, Dom Pérignon, Krug), for which the Ibizan company is the exclusive distributor in Ibiza and Formentera. 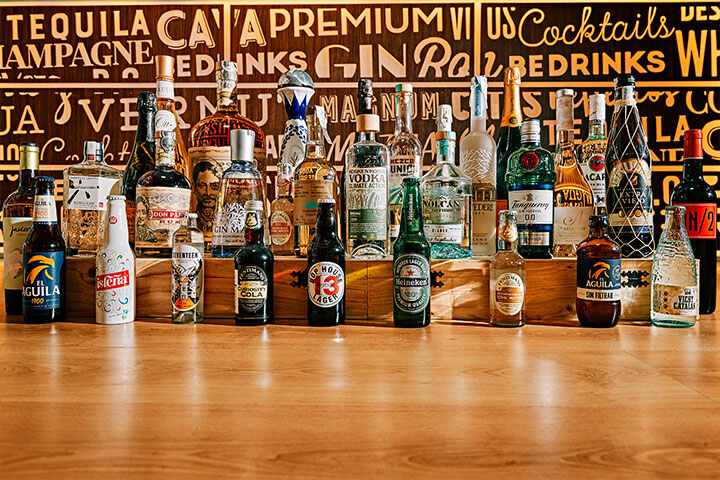 The list of brands distributed by BEdrinks is never-ending, but we must mention the Heineken beer group and the launch of its new beer El Águila [The Eagle], and the recent addition to the BEdrinks catalogue of Fentimans, the world’s first botanical tonic water, which comes in a wide range of varieties perfect for cocktail making. It is also worth highlighting the incorporation of the hard seltzer category into the catalogue. These include Pure Piraña, a low-calorie drink based on carbonated water, with 4.5% alcohol and a pleasant fruit flavour.