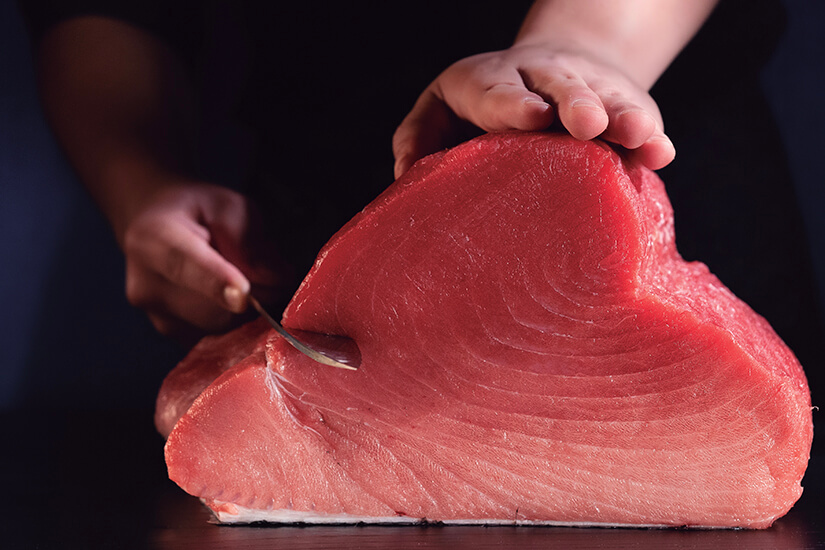 Succeeding in making the market order any kind of raw material by a brand name is no easy feat. The tuna market is familiar with the problem, after all, what does it matter where the tuna comes from or who caught it? A tuna is just a tuna and they’re all the same... Aren’t they? Well, Balfegó certainly doesn’t think so. They don’t and nor do cooks and head chefs of the best restaurants around the world. It’s with good reason that such an influential, internationally-recognised chef as Martín Berasategui decided to unite his name with Balfegó and become the brand’s gastronomic ambassador.

What makes Balfegó tuna different from other tuna? Well, there’s an easy answer to that question: everything. But perhaps we should start at the beginning to try to clarify what makes Balfegó less a brand than a seal that guarantees the quality of the piece that is comes into your kitchen.

To start at the beginning, you have to imagine May of each year when huge banks of tuna fish enter the Mediterranean from the East Atlantic to spawn on their age-old migration. During May, the Balfegó boats set out to sea off the Catalan shore to capture the quota of tuna that they have been allocated. And here’s the first important difference from other tuna in the market. The tuna are captured in nets, selecting only adults that weigh over 100 kg, ensuring the survival of the species and the sustainability of fishing. Once the fish have been selected, they are slowly dragged opposite the L’Ametlla de Mar coastline where they are enclosed in a sea pool.

The tuna remain in these enormous pools until the moment they are slaughtered. During this time, which is often up to a year, the tuna are exclusively fed on blue fish, which would be their natural diet if they lived in freedom. During this period the tuna gains a huge amount of weight, doubling or even tripling its original weight compared to when it was caught. The fact that they are kept in a controlled, anisakis-free environment, means that this troublesome parasite is less commonly found in Balfegó tuna. In fact, one of the main reasons anisakis has spread so fast has been the growing use of fish farms where fish are slaughtered and frozen, and their guts are thrown back as food into the sea, which ends up propagating the disease.

Guaranteed freshness is another characteristic that sets Balfegó tuna apart; they are always kept alive in the sea and are slaughtered on demand. The slaughter method, the ancient Ike Jime technique, is essential because it is instant, preventing the animal from experiencing stress, and muscle anoxia (a lack of oxygen that produces lactic acid). They are also bled quickly, which helps to maintain all the organoleptic properties of their meat.

Finally, the fish are subject to thorough veterinary controls while they are kept alive before slaughter. Once they’ve been slaughtered, the tuna are also analysed to determine their level of body fat and allocate the pieces to a particular market depending on this scale. For example, the Japanese prefer tuna with a higher level of body fat.

It’s important to mention the remarkable labelling work of Balfegó tuna; labels specify the level of body fat, the capture and slaughter date, the weight and traceability data. Incorporating the traceability techniques of the meat industry has made Balfegó a pioneer in the market. 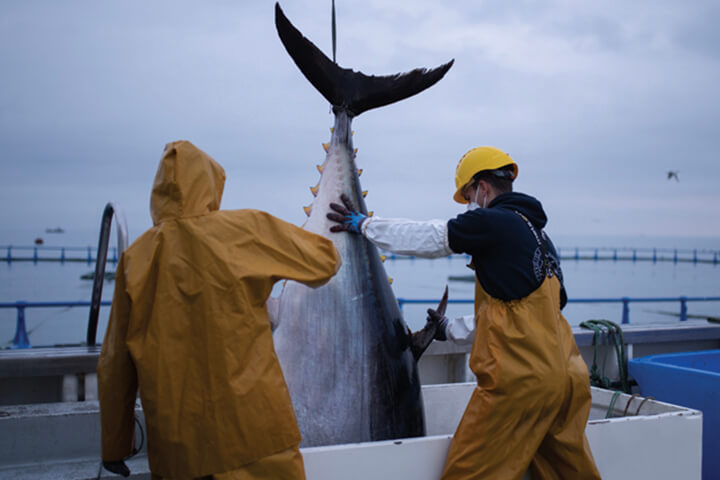 Last October, Balfegó was awarded the AENOR certificate for sustainable activity in recognition of the long journey made by the Tarragon-based company since it was founded in the 1980s, its tireless search for excellence and, above all, its deep respect for the environment.

This certificate was issued after analysing each of the stages that a bluefin tuna passes through from the moment it leaves the East Atlantic on its annual migration to spawn in the Mediterranean until it reaches the end consumer.

Scrupulous fishing according to quotas, only selecting adult fish and carefully returning younger fish to the sea, the diet and care the tuna are given at the sea-based facilities and labelling that details the meat’s full traceability (making fraud or the swindles that often occur in the fish market impossible) were decisive factors in achieving the certificate, which once again makes the Spanish company a pioneer in its sector. 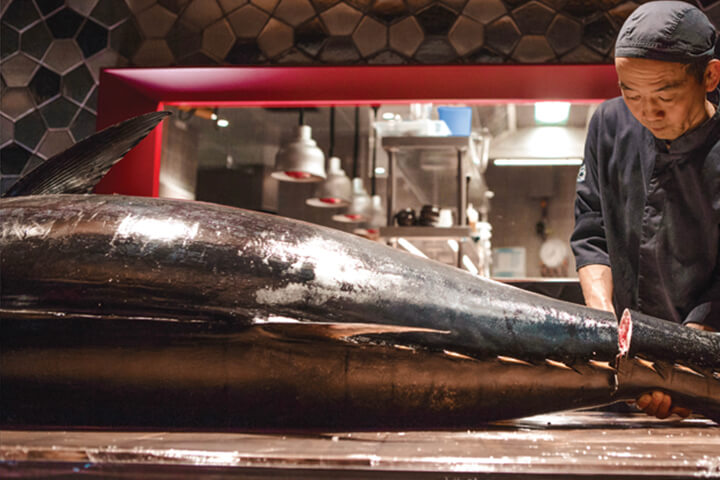