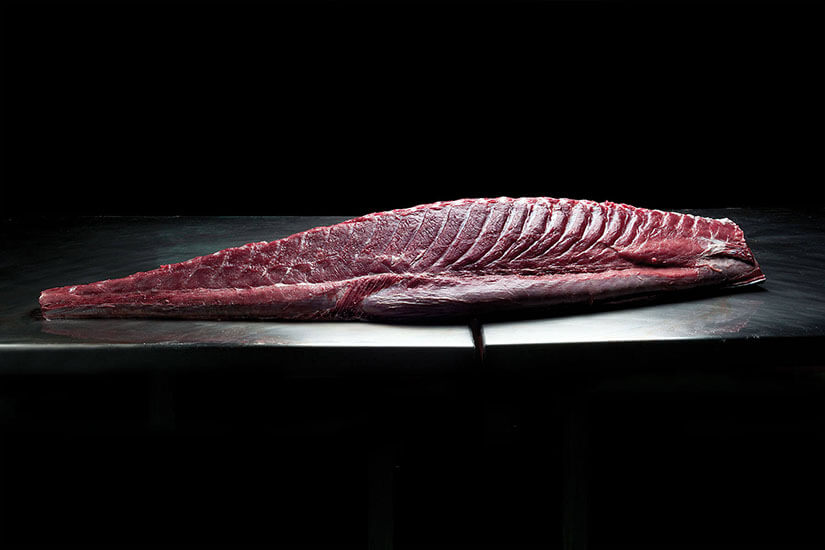 Balfegó: A Spanish company headquartered in L’Ametlla de Mar (Tarragona) sells what is probably the best bluefin tuna in the world.

Balfegó is a synonym for bluefin tuna

Manel and Pere Vicent Balfegó, descendants of a long line of tuna fishermen, founded the company, which bears their surname, in the early 1980s. Their aim was to sell tuna all year round, marking a departure from the seasonal nature of this fishing that had existed until then. They currently export their tuna to a wide range of countries including United Kingdom, Germany and the USA, and even supply markets with huge demand for tuna such as Japan, which consumes one third of the company’s output.

In 1980, the Balfegó brothers—sons, grandsons and great grandsons of tuna fishermen—founded the company, which is now renowned for its excellence. “Excellence” is the word that springs to mind by taking a look at the huge fillets of Balfegó tuna, which look more like steaks of the finest Galician ox than something pulled from the sea. The tuna bellies, meanwhile, measuring one palm thick, with exquisite infiltrated fat, resemble cuts of the most succulent Japanese Kobe beef.

At Balfegó, they have a true devotion to sustainable fishing. After travelling thousands of miles, shoals of tuna lay their eggs in the Mediterranean, where they have no natural predators. This occurs at the start of the fishing season (May-June). Balfegó boats catch their quota of fish, which is strictly monitored by an international observer. The difference between Balfegó boats and other tuna trawlers is that the Tarragona company only catches adult fish, each weighing approximately 150 kilograms. Treating them with exquisite care and attention, they transport these tuna to the pools located three nautical miles from the coast, where they are fed for a whole season with oily fish, by means of recovering part of the body fat that was lost over this long journey. It’s important to note that when tuna are caught, it’s not possible to choose their shape or size before they are removed from the water. In Balfegó boats, however, any tuna that weighs less than 100 kilograms, which is the minimum weight established by the company (as opposed to the 30 kilograms established by the UN agency, ICAAT [International Commission for the Conservation of Atlantic Tunas]), are returned to the water. The act of only catching adult tuna and returning young tuna to the water is crucial in securing a truly sustainable form of tuna fishing, as it gives the species the opportunity to reproduce. 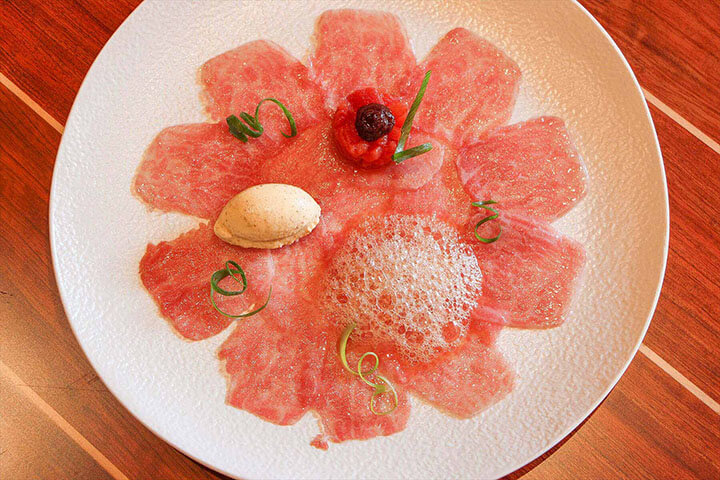 If the filtering of fish and their subsequent feeding based on oily fish such as mackerel, sardines and jacks wasn’t enough, the ways in which Balfegó cares for its tuna don’t end there. In fact, the company subjects the fish to strict veterinary analyses prior to their slaughter, ensuring optimum consumption of flesh. Furthermore, slaughters are only carried out upon demand, using the Japanese Ikejime technique. This method causes a quick and painless bleeding, ensuring that the anoxia brought upon by lactic acid does not impregnate the flesh with a metallic flavour—this is referred to as ‘burnt tuna’ syndrome, or ‘yake-niku’ in Japanese.
Furthermore, each tuna slaughtered by Balfegó comes with a traceability label, providing information about the weight, the percentage of body mass represented by fat, the date on which it was caught and the location, the day on which it was slaughtered and its size, unloading port, etc. It’s a genuine identity card.

Tuna: the meat of the sea with the benefits of oily fish

The argument that bluefin tuna is one of the finest foods found in the sea isn’t up for debate. Its intense flavour and dense, red flesh, combined with its delicate texture that bears greater similarity to an exquisite aged ox steak than any other type of fish, make it one of the indisputable protagonists of modern gastronomy. If we also note that this tuna provides a huge amount of vitamins A, B and D, minerals such as selenium, phosphorus and magnesium, and a high proportion of proteins and Omega-3 fatty acids, the increased demand for this fish should come as no surprise. 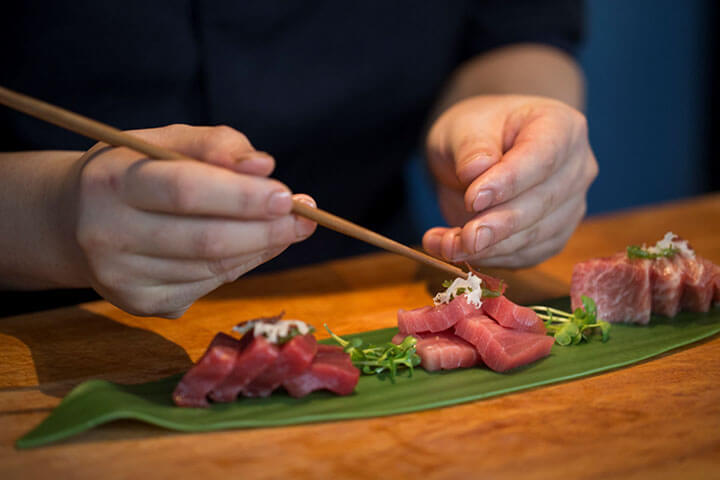 In recent years, however, there has been a concern about the amount of mercury contained in tuna flesh, with this being a neurotoxin that can affect brain functioning. As such, certain organisations have advised that children under the age of ten and pregnant women should avoid consuming tuna. However, as mentioned earlier, every tuna sacrificed by Balfegó is subjected to an exhaustive veterinary analysis, which ascertains the amount of mercury present in its flesh. The values that these analyses have produced so far have always been below the minimum threshold. The fact that bluefin tuna contains large amounts of selenium is also noteworthy, as this is known to negate the negative effects of the former, allowing us to consume it with complete peace of mind. To further allay your fears, the consumption of oily fish—particularly tuna—is thought to effectively protect against the onset of Alzheimer’s disease.

Speaking from a purely culinary perspective, much has changed since the era in which it was only grilled or served with tomato—or more recently, in sashimi, sushi or tartare. In fact, tuna is so versatile that absolutely all parts of the fish can be consumed. The textures of many tuna cuts bear strong similarities to those of ox or osso bucco, such as tuna cheek. This is without even mentioning its huge, dark vermillion fillets. The modern trend is to age its flesh, as if it were part of the bovidae family. Expert chefs such as Martín Berasategui, the brand’s official ambassador, argue that the flesh acquires a better texture and consistency through aging, allowing the tuna to obtain new and more delicious notes. The team at Tunoteca Balfegó know a thing or two about this. This is a one-of-a-kind gastronomic venue that serves over forty dishes made from different tuna parts. It is an absolute must for tuna lovers. 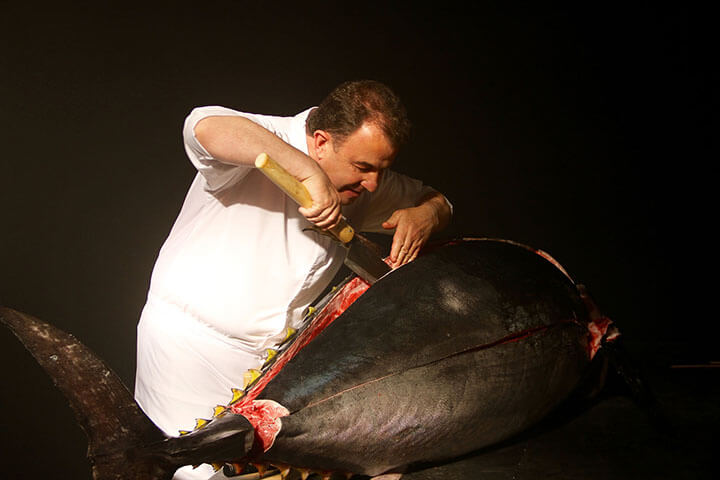