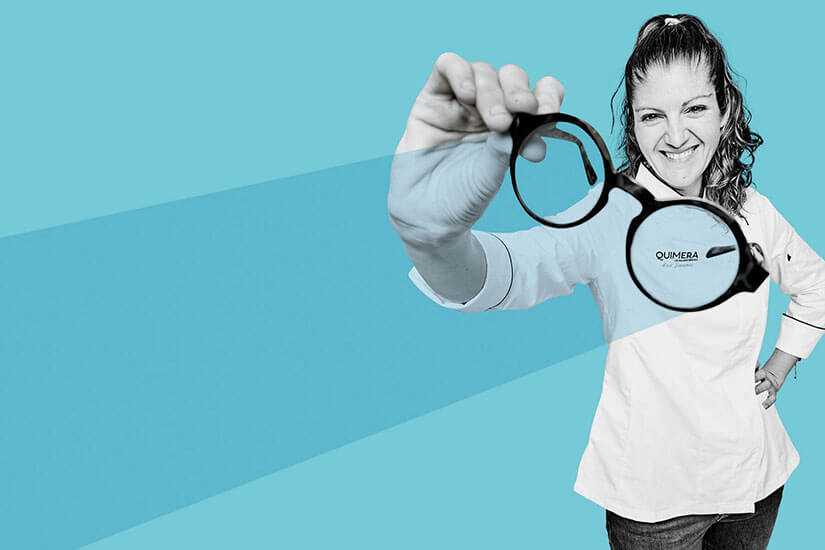 She was the first—and until now, the only—chef from the Pityusic Islands to have been awarded a Michelin star (2015). But Ana Jiménez downplays the experience “because of how hard the road was to get there.” And if there is something that she truly values, it is ensuring people enjoy her cuisine. Catalan with roots from La Mancha, her restaurant, the Quimera, pays homage to the best local product.

What are you like, inside and outside the kitchen?
I’m becoming very mother-like. I am a mother outside the kitchen, but I am now like that inside it too. I am very intense. I want to teach my team and want them to teach me. I am like that kind of mother who is always aware of all the details, involved in everything and always listening to her family; when I prepare my dishes, I give my cuisine as much love as a mother gives her children. I think I sometimes go over-board.

How would you define yourself in a few words?
I am stubborn, persistent and tolerant; and as a negative aspect, I think I am too sensitive.

Did you dream of being a chef when you were a child?
No. I loved cooking, but I never considered it as a career.

When did you realise that you would dedicate yourself to it?
I worked as a waitress to pay for my studies because I moved out of home when I was young. I have always enjoyed the hospitality industry. I was that customer who paid attention to all the details. I went to work in a fabulous place in Badalona, where I worked with a wonderful head chef and maître. That was when I discovered that I could do what I did at home—cooking, which I loved—as a job. I admired the work done in the kitchen so much, that I was proud and excited to take out each dish… and I realised that I spent more time in the kitchen than in front-of-house. And while I was studying, I thought more about my weekend work than school. I enjoyed my days off because I was able to invite friends around and cook for them. Everyone would say I should consider a career in gastronomy. And I began to listen to them. Before starting a serious career in the kitchen, I had been working as a social educator. It affected me emotionally. I then discovered photography which I really enjoyed. 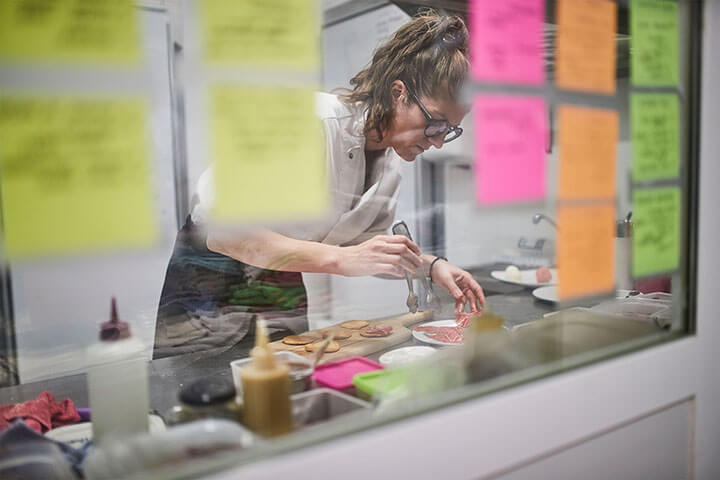 You are the first chef from the Pityusic Islands to receive a Michelin star… What was that like for you?
It was actually quite difficult. At first I was stunned. I didn’t quite grasp what was happening. Then I understood it as a reward for all the hard work that we had been doing as a team. A lot of effort and dedication had gone into the project, so I began to see it as a reward for that. I sometimes become a bit negative when I talk about it, it’s been a tough path. To get to the tip of the iceberg you have to climb it. You spend all your time climbing. I love it when people enjoy my food and when I don’t have to climb the whole time.

I sometimes become a bit negative when I talk about my Michelin star, it’s been a tough path

What did it mean to you?
It meant that all the effort my team and I had put into this project had been recognised.

How would you define your cuisine?
I put a lot of love and care into it, like a mother would.

Tell me about Quimera’s culinary offering.
The product is the star. For example, we try to get the best out of a simple carrot. We grow our own produce right here in Formentera, which Martí tends to, and that is a luxury for me. We have a tasting menu where you can try different things. And full moon menus that are incredible. Our menu does not have much on it, but the few dishes we offer are high-quality and very pampered.

I see a desire to turn Formentera into a gastronomic paradise

How has Formentera’s gastronomy evolved?
People are working hard. There are many interesting offers. It is a shame I am unable to try them all. I would love to be able to try everything my colleagues are doing. I see a desire to turn Formentera into a gastronomic paradise. 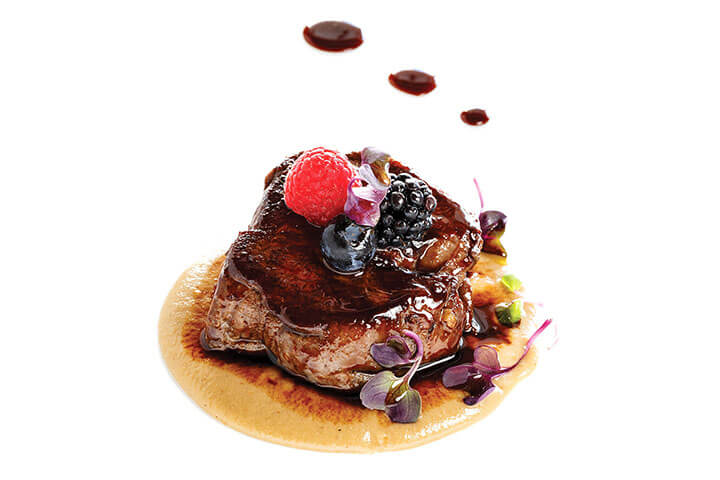 What challenges do you think Formentera has in this regard?
Formentera’s challenge is to offer a gastronomy that is accessible to all diners and foodies. We have increasingly more variety. The offer is becoming increasingly natural, which is what was needed: to showcase a natural Formentera with a culinary proposal. And I think we’ll be able to do that. Although I live on an island, my ideal holidays are those offered by Formentera: beach and eating well.

Who have been your main culinary references?
My mother mainly and also my grandmother. As far as I’m concerned, Ricard Camarena is one of the best, as a person and at a gastronomic level. Borja Molins (chef at Cala Saona) is also one of my great references. He helped me realise that all the work we had done together meant we had a fantastic future and that we could achieve it.

Are there any professional challenges in sight?
I have Quimera pretty much set. I think it offers a fabulous proposal, and I would never want to leave it. But one of my fantasies would be to have a little house, where I could offer people the best of paradise: nice accommodation and fresh food made with authentic seasonal ingredients. And if it’s zero km, all the better. That is my next goal, although it is just an idea for now.

I have Quimera pretty much set. I think it offers a fabulous proposal, and I would never want to leave it

What do you think of Formentera’s produce?
We have a lot of variety. And the range is growing. Because there are more restaurants on the island, demand for authentic local products is also growing. Farming is becoming increasingly more financially viable. Fishing is also working well on the island and we are often offered the best. And that is true for other products: sobrasada (Balearic Island sausage spread), lamb, herbs, flowers… I am discovering a world of local products. There are many young people who are recovering traditional work that used to be done before in Formentera to survive. It is still complicated because of the salinity and drought, but amazing products are being made from the land—oils, refreshments, vermouth, wine, etc.

Which are your favourite restaurants on the island?
Chimera, of course. And I really like Cala Saona at night. Borja’s cooking continues to surprise and delight me. 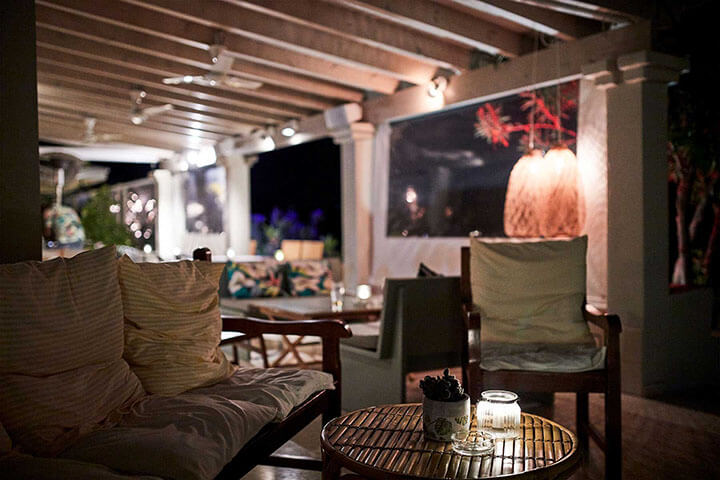