The ACPP: supporting Portuguese cuisine since 1977 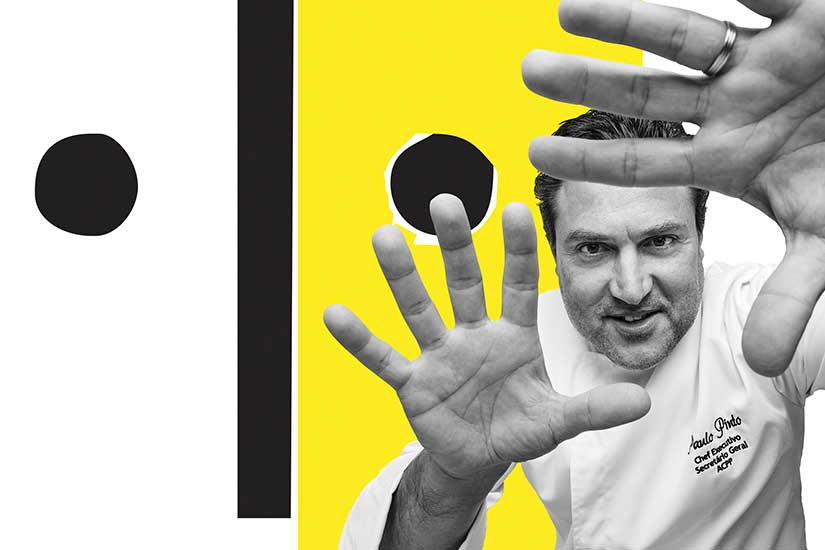 The ACPP (Portuguese Association of Professional Chefs) was founded in 1977 with the aim of boosting and professionalising the Portuguese food sector. Almost half a century later, it now has around two thousand members and represents Portugal in the prestigious World Association of Chefs’ Societies (WACS), an organisation consisting of over ten million chefs in close to a hundred countries.

These days, the ACPP goes far beyond the original purpose because, as well as collectivising, supporting and advising a profession that lacked structure until its foundation, it is also recognised by the Directorate General for Employment as a certified training body thanks to the numerous courses with high added value that it teaches. It even has a job vacancies service that is exclusively dedicated to the sector.

Chef Paulo Pinto has been director of the ACPP since 2004; during his long career as a chef, he has been in charge of the kitchens at some of the most renowned restaurants in Portugal.

Today he divides his time between the Association, his own food consultancy business and the National Culinary Team, which he has been connected to since 1992, competing in its name in the last four Culinary Olympics and other highly prestigious international competitions. In 1997, he and António Bóia joined the management of the first national team.

Paulo Pinto’s remarkable career was rewarded by the WACS when he was selected to be one of the few accredited judges that represent the organisation in Portugal.